Centenary of the birth of Wim Klein, CERN's first computer 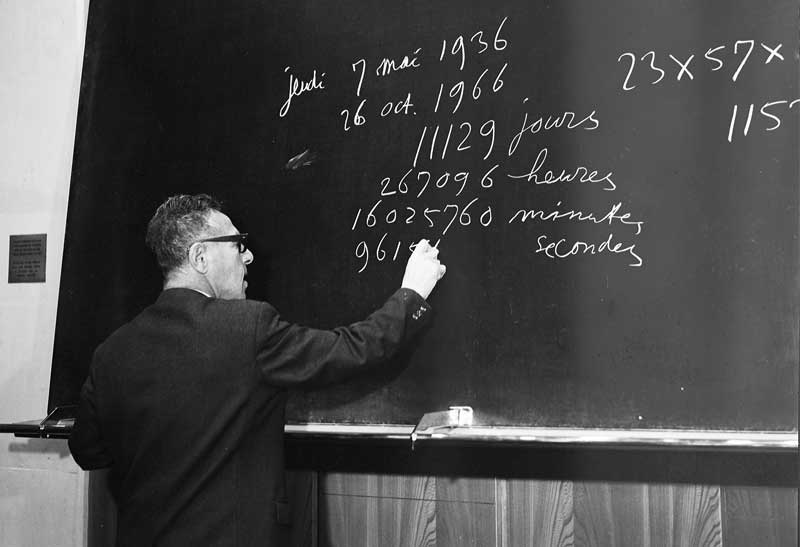 Before electronic computers were widely available at CERN, a Dutchman called Willem "Wim" Klein performed astonishing feats of mental arithmetic to help colleagues with their calculations. Klein, who through his long career became known as "The Human Computer," was born in Amsterdam in the Netherlands 100 years ago today.

Before joining CERN, Klein earned a living as an entertainer, showing off his mathematical prowess in circuses across Europe, using the stage names of Pascal and Willy Wortel. He joined CERN's Theory Division in 1958, where he was in considerable demand as a calculator in the days before the first electronic computers became widely available.

The image above shows Klein during one of his public lectures at CERN, calculating how many heartbeats would have occurred between the two dates on the board, which were given at random by the audience. On 27 August 1976, Klein calculated the 73rd root of a 500-digit number in 2 minutes and 43 seconds, winning a place in the Guinness Book of Records.

Klein retired from CERN in 1976. He gave a farewell show on 10 December that year. Watch the performance (in French).

Klein was murdered in Amsterdam on 1 August 1986. The killer was never identified.