CRISTAL-ISE, the latest version of the data-tracking software from CMS, is now freely available for research and business 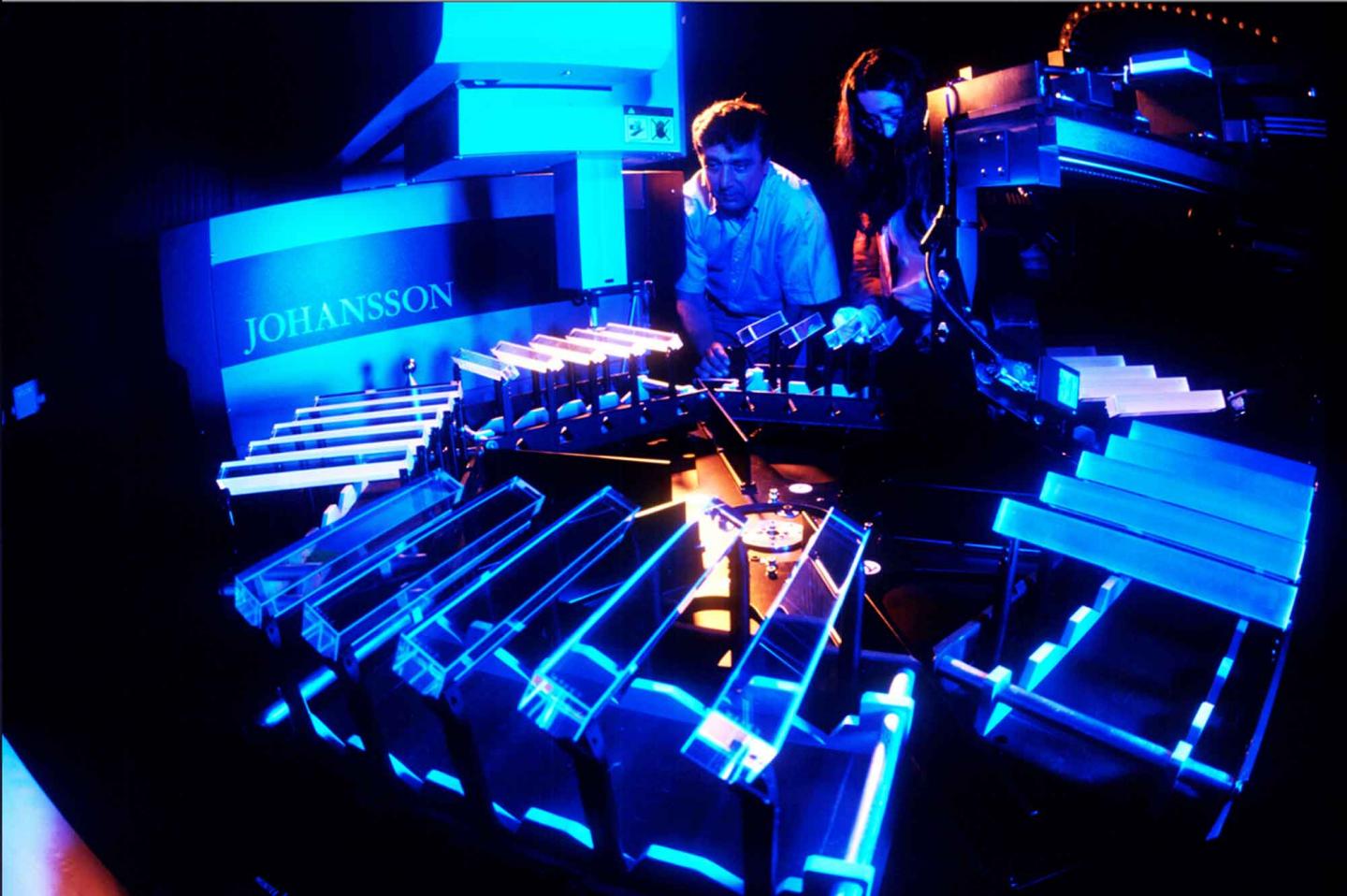 Lead-tungstate crystals are produced in Russia for CMS (Image: CERN)

CRISTAL-ISE, a new version of the CRISTAL data-tracking software developed at CERN in the late 90s, has recently been launched under an open-source licence. The potential for applications of this free software outside particle physics covers several areas, including medicine, where CRISTAL-ISE helps to monitor the progress of Alzheimer’s Disease.

CRISTAL began as a collaboration between CERN, the University of the West of England (UWE) and the Centre National de la Recherche Scientifique (CNRS).“At the time of CMS’s construction, there was a need for software able to track the production of the almost 80,000 lead tungstate crystals for the Electromagnetic Calorimeter,” says Andrew Branson, member of the CMS collaboration and Technical Coordinator of the CRISTAL-ISE project.

“We started to develop the software when we didn’t yet know the detector testing procedures to go through, the dimensions or even where the crystals
were to be grown,” says Zsolt Kovács, now at UWE, who helped develop the software during his fellowship at CERN. “Therefore, we wanted to make sure that we were building a system that could change and evolve over time, and still be in place ten years later.”

The result was the first version of CRISTAL, where the acronym stands for Cooperative Repositories and Information System for Tracking Assembly Lifecycles. “It consists of a core library (known as kernel) which manages objects called items, and applications that use that kernel,” says Richard McClatchey (UWE), one of the co-inventors of the CRISTAL software and Project Coordinator of CRISTAL-ISE.

The CRISTAL-ISE Java application (i.e. version 3 of CRISTAL) allows any kind of information to be tracked and has a wide variety of potential usages in other fields, including medicine, manufacturing engineering, logistics and legacy system integration. A previous version has already been used at UWE (neuGRID and its follow-up neuGRID for you projects) where researchers are looking for biomarkers of Alzheimer’s disease. One way of recognising the onset of the disease is to look at the thinning of the brain cortex. “Taking Magnetic Resonance imaging (MRI) scans of the brain over time and measuring this thickness you can have an early biomarker of the onset of the disease and provide appropriate treatment to slow it down,” says McClatchey. “The management of the MRI images and what clinicians have done with these images is captured in the CRISTAL-ISE system.”

An early version of the CRISTAL kernel was licensed in 2003 to a start-up company named Agilium, which took over the software and used it in the area of Business Process Management. Over a decade later, Cristal-ISE  was released as open source thanks to funding from the EU Marie Curie programme. “CRISTAL-ISE is easier to use. It’s been brought up-to-date with new technology and is more modular,” says Branson. “The open source option allows other research projects or businesses to freely use the richer CRISTAL kernel and work on its source code to improve it and make it even more flexible.”