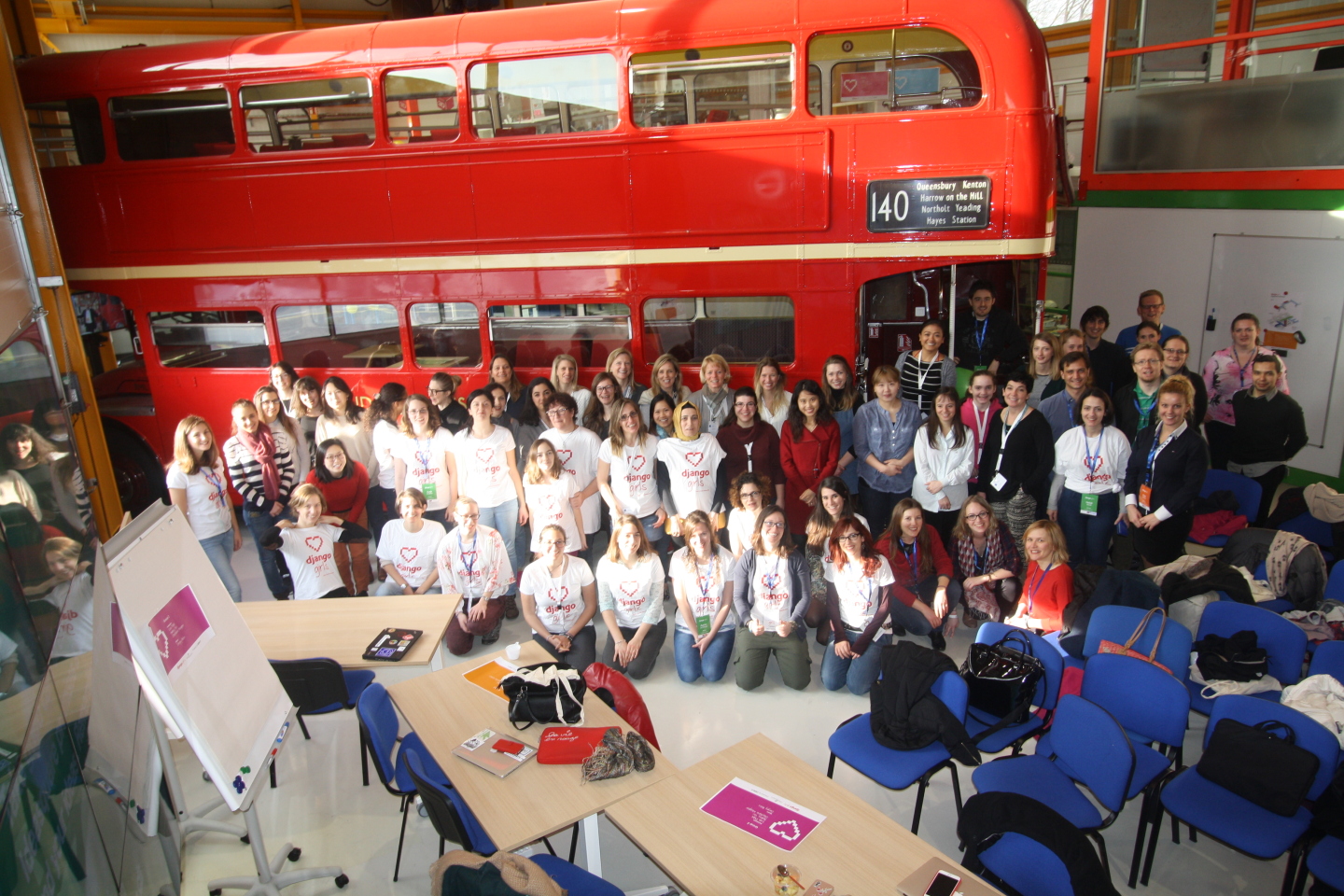 A Django girls workshop organised by the R0SEH1PSters community from Geneva and supported by the CERN diversity team and the IT department took place at IdeaSquare on 26th and 27th February.

Django Girls is a volunteer-run organisation with hundreds of people contributing to bring more women without prior IT backgrounds to the Python and Django community. Python is a widely used general-purpose and dynamic programming language while Django is a high-level Python Web framework that makes it easier to build better Web apps more quickly and with less code. Over 155 free workshops in 125 cities and 57 countries have been organised worldwide regularly since 2014.

The aim of the workshop organised last weekend was to introduce participants to the world of computer programming and technology by teaching them how to successfully create a blog application and deploy it to the internet. The 16 volunteer mentors, most of whom were female, brought their passion to the workshop and created an excellent atmosphere for the attendees.

The workshop started on Friday evening with a quick visit of the Synchrocyclotron organised by the CERN Local Communications team and was followed by the installation of the programs on the participants’ laptops with the help of the mentors. The 39 women participating in the event, aged 12 to 53, then gathered on Saturday for a full-day coding event. Originating from no less than 15 countries and from very diverse backgrounds, the participants enjoyed discovering coding in a relaxed and entertaining way.

Elodie Van Hove, one of the representatives of R0SEH1PSters, the community out of which the workshop sprang, underlined the need to fill the gender gap in coding: "We took part in this worldwide programming drive for women in the hope of making a small step on the path towards a society in which women would have a full place in coding and in IT in general. Thanks to CERN for having offered such an inspirational place for organising the first Django Girls workshop in Geneva and to the IT department for its support."

As summarised by one of the participants, a great coding workshop is all about: ‘great stuff, great people, great methods!’

Many thanks to the 24 volunteers who made this event possible!