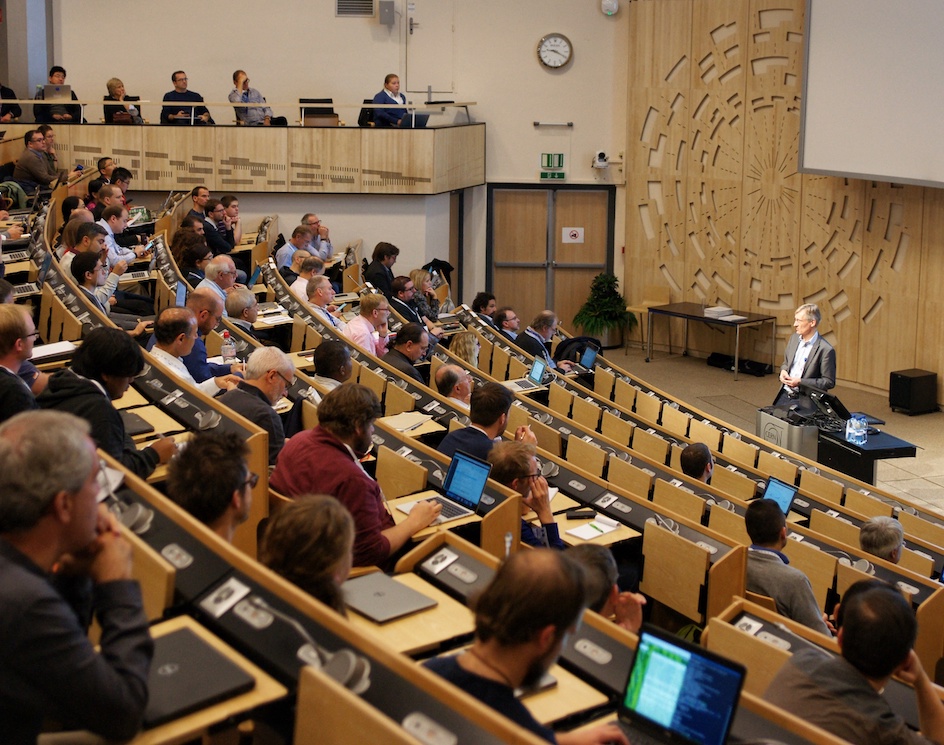 Eckhard Elsen, Director for Research and Computing at CERN, at the CERN openlab workshop on quantum computing in high-energy physics (Image: Andrew Purcell/CERN)

“Quantum computing is no panacea, and will certainly not solve all the future computing needs of the HEP community,” says Eckhard Elsen, Director for Research and Computing at CERN. “Nevertheless, quantum computers are starting to be available; a breakthrough in the number of qubits could emerge at any time. Fundamentally rethinking our algorithms may appear as an interesting intellectual challenge today, yet may turn out as a major benefit in addressing computing challenges in the future.”

More than 400 people followed in person or via webcast, with the event kick-starting discussions of which activities within the high-energy physics (HEP) community could use quantum-computing technologies. Taking place from 5 to 6 November, it was organised by CERN openlab, a public-private partnership that CERN runs with leading ICT companies to accelerate the development of computing technologies needed by the LHC research community.

The workshop brought members of the HEP community together with leading companies working on quantum-computing technologies including Intel, IBM, Strangeworks, D-Wave, Microsoft, Rigetti, and Google. Several large-scale research initiatives related to quantum-computing technologies were also presented at the event, including the EU’s Quantum Technologies Flagship project and projects at Brookhaven National Laboratory and Fermilab.

“Now is the right time for the HEP community to get involved and engage with different quantum-computing initiatives already underway, fostering common activities and knowledge sharing,” says Federico Carminati, CERN openlab CIO and chair of the event.

For more details, read the full article and watch the recordings of the talks on the CERN openlab website.

Computer Security: How AI are you?