The goal of the Gathering for Open Science Hardware (GOSH! 2016), was to lay the foundations of the open-source hardware for science movement 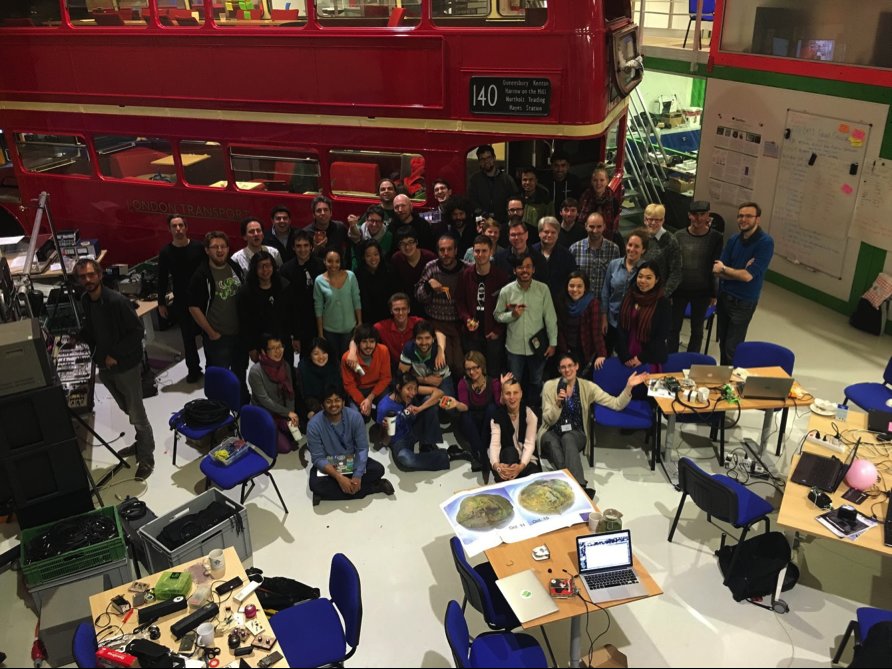 “Despite advances in technology, many scientific innovations are held back because of a lack of affordable and customisable hardware,” says François Grey, Professor at the University of Geneva and coordinator of Citizen Cyberlab – a partnership between CERN, the UN Institute for Training and Research and the University of Geneva – who co-organised the GOSH! 2016 workshop. “This scarcity of accessible science hardware is particularly obstructive for citizen science groups or humanitarian organisations that don’t have the same economic means as a well-funded institution.” Instead, open sourcing science hardware could lower instrumentation costs, thereby increasing access for an ever-wider range of people, while also allowing reuse and customisation.

GOSH! is a meeting specifically about open-source hardware for science, the first of its kind, even though the debate on general open-source hardware has been active worldwide for over 5 years ago through initiatives such as the Open Source Hardware Association and CERN’s pioneering Open Hardware Repository and Open Hardware Licence. About 50 people, including open hardware users and developers from many different science domains as well as experts in relevant legal and economic matters, gathered at IdeaSquare to turn an ensemble of dispersed groups of early adopters into a cohesive and self-organised community, paving the way for the future.

To this end, the GOSH! meeting had dual objectives. “We united scientists and developers of open-source instruments for science from very different disciplines, such as synthetic biology, cosmic-ray detectors, neuroscience education, etc.,” says Jenny Molloy, a co-organiser of GOSH! from the University of Cambridge. “In this way, they can learn how each one is tackling the challenge of getting more openness into hardware.”

The second aim of the GOSH! meeting was to discuss the big future challenges that members of the open science hardware community must address in order to create a common roadmap, to promote the movement and ultimately to drive social change towards openness within their groups or institutions. Among the many questions that need to be addressed were legal aspects – i.e. how to protect an open source hardware creation – and economic issues.

Indeed, exploring many possible business solutions to make open science hardware a sustainable endeavor is particularly important. Discussions on the economic viability of open-source business focused on two aspects: firstly, as openness in hardware can greatly lower the barrier to entry for manufacturers, new markets can materialise, especially in low-resource environments. Secondly, the commercialisation of an open science hardware product is not in contradiction with it being open source. It also brings substantial benefits to consumers: “‘Open’ doesn’t mean that one has to design and build everything from scratch in the lab,” says Javier Serrano, a CERN engineer and the founder of the Open Hardware Repository, who gave the keynote speech at the meeting. “Instead, the fact that you can find precise details about an open hardware design should mean greater assurance about its reliability and reproducibility as more people work on it, thus improving the quality. The commercialisation of open designs gives researchers more options to buy hardware ready-made or in kit form and then modify it as needed, thus reducing the duplication of effort,” explains Javier.

Beyond economic savings and alternative revenue streams, there is at least one additional invaluable benefit tied to open-source hardware: trust in science. “Being fully open about instruments, methods and the resulting data provides a stronger basis for trusting scientific results. For example, the Safecast project, an open-source radiation monitor, has become a trusted reference for tracking radiation after Fukushima, and it has even been acknowledged by the Japanese government,” concludes François.