From 11 to 17 June, CERN hosted the 10 young students who won the CERN Special Award at the Intel International Science and Engineering Fair 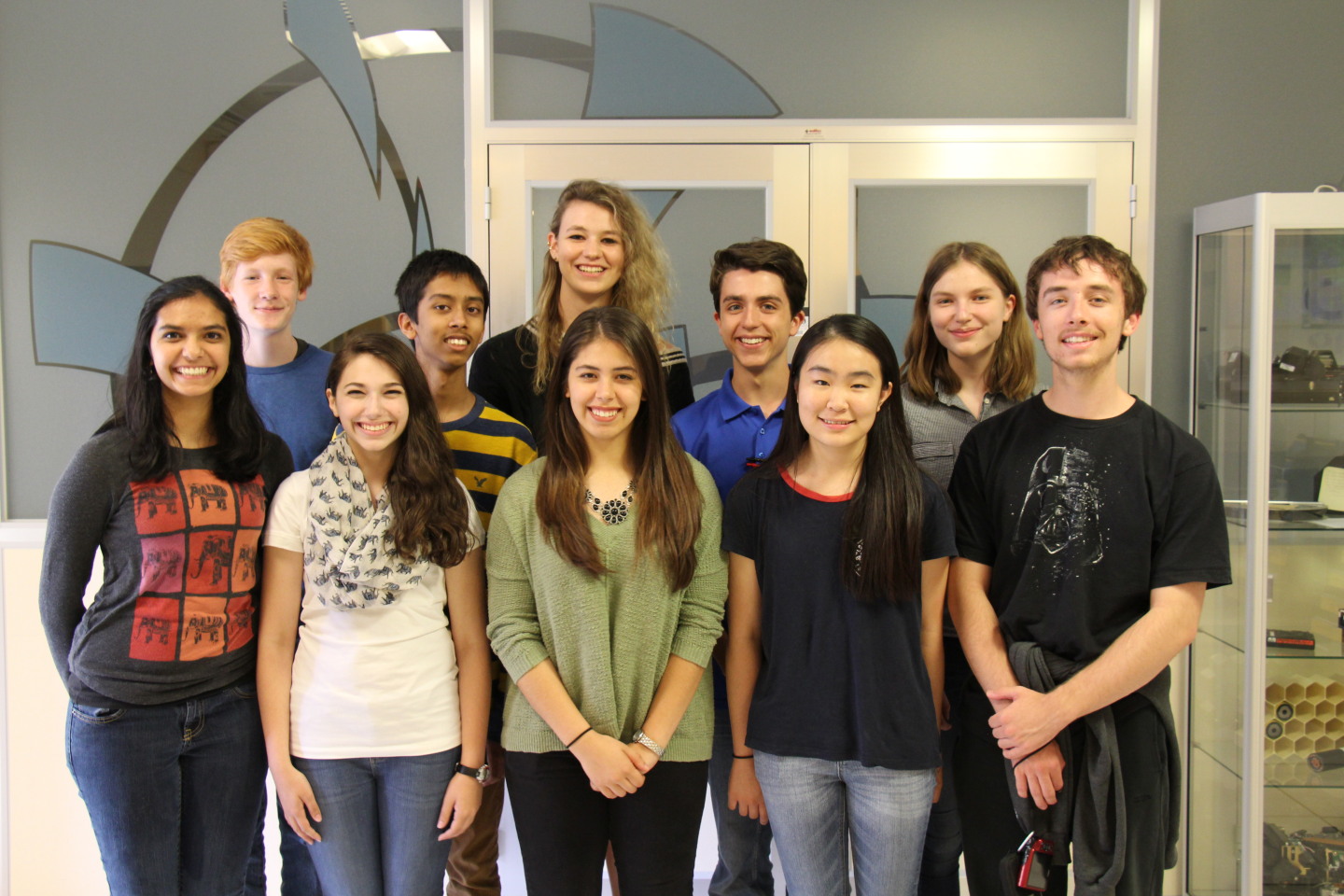 From 11 to 17 June, CERN hosted the 10 young students who won the CERN Special Award at the Intel International Science and Engineering Fair (ISEF) 2016. These winners were selected from the 1700 high-school students who participated in the competition.

The competition, which is a programme of the Society for Science and the Public, is the world's largest pre-university science competition. It offers high school students from across the globe a chance to showcase their research into a range of fields.

The winners of the CERN Special Award were selected by Maria Girone and Jan Iven of CERN IT Department and Ian Fisk of Simons Foundation at an Intel ISEF event held in Phoenix, Arizona, US, on 17 May.

The CERN Special Award — funded jointly by Intel and the CERN IT Department — is now in its eighth year.  The winning students — aged between 15 and 18 — spoke to researchers at the laboratory and had the opportunity to see exciting technology up close. Sites visited include the AMS experiment, the Data Centre, the LEIR accelerator, the Synchrocyclotron, the CERN Control Centre, and the Antiproton Decelerator. The students also visited several cultural hotspots in the local area, such as Gruyères and Chillon Castle near Montreux.

Sophie Atzpodien, 16, says that what she liked most about the visit was learning about all of the different aspects of the laboratory and how these contribute to fundamental research. “It was an invaluable experience,” she says. “I’d love to return to learn more.”

“The week has changed my outlook on a career in physics,” says Michael Earle, 18. “It all seems so real, so accessible to a student.” Amber Yang, 17, agrees: “It’s been an amazing experience; I’m leaving CERN with a completely new perspective on life.”

During their time at CERN, the students presented five-minute ‘lightning talks’ on their projects. These focused on areas from IT to materials science and from robotics to astrophysics. The presentations are available via the event’s Indico page.

“The visit is a great experience for us here at CERN too,” says Girone, CTO of CERN openlab, who co-organised the event with other members of the IT Department. “It’s a joy to see these passionate young students come here, absorb lots of new information and ask us tough questions.”