In March 1989 Tim Berners-Lee wrote a proposal to develop a radical new way of linking and sharing information: the World Wide Web 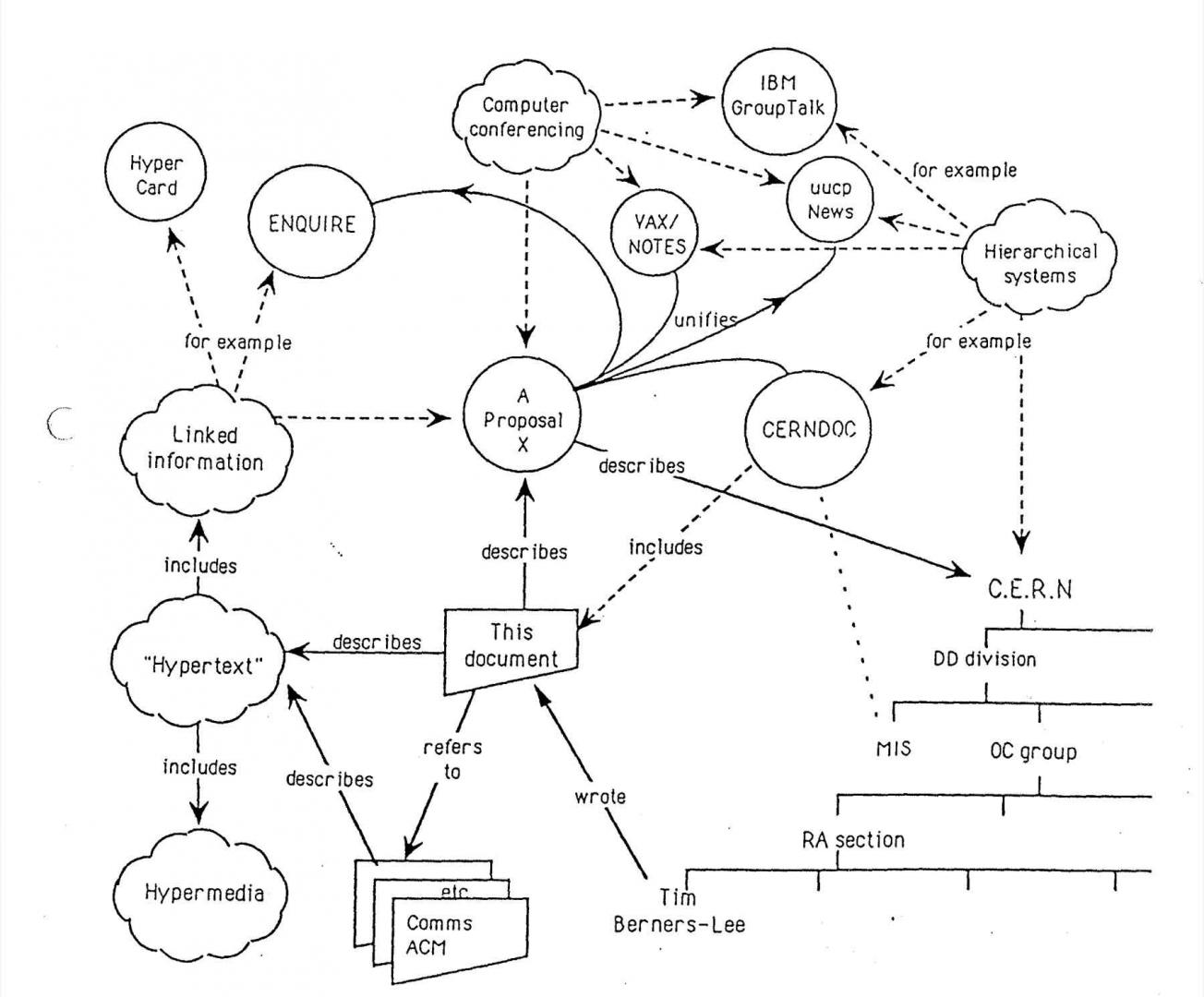 The image on the cover page of Tim Berners-Lee's proposal for the World Wide Web in March 1989 (Image: CERN)

In March 1989 Tim Berners-Lee, a scientist working at CERN, submitted a proposal to develop a radical new way of linking and sharing information over the internet. The document was entitled Information Management: A Proposal. And so the web was born.

The first website at CERN – and in the world – was dedicated to the World Wide Web project itself. Last April CERN initiated a project to restore the first website, and to bring back the spirit of that time through its technical innovation and the founding principles of openness and freedom.

In 1993 CERN put the World Wide Web software in the public domain. CERN made the next release available with an open licence, as a more sure way to maximise its dissemination. Through these actions, making the software required to run a web server freely available, along with a basic browser and a library of code, the web was allowed to flourish.

"Beyond CERN's role in helping us understand the universe, it was a great place to work in 1989," said Tim Berners-Lee. "CERN was an early adopter of Internet protocols, and their support for a Royalty-Free Web has been a key to its widespread adoption today."

In addition, Berners-Lee and the Web Foundation are launching "The web we want" campaign to promote a global dialogue and change in public policy to ensure that the web remains an open, free, accessible medium – so that everyone on the planet can participate in the free flow of knowledge, ideas and creativity online.

Opinion pieces on this topic:

"Minimising the muddle" – Peggie Rimmer, Tim Berners-Lee's supervisor from 1984 to 1990

"Good old Bitnet, and the rise of the World Wide Web" – Richard Jacobsson, senior physicist on the LHCb experiment

"On the open internet and the free web" – David Foster, deputy head of CERN's IT department

"Not at all vague and much more than exciting" – Maria Dimou, CERN computer scientist and early web contributor