CERN is keeping its ear to the ground 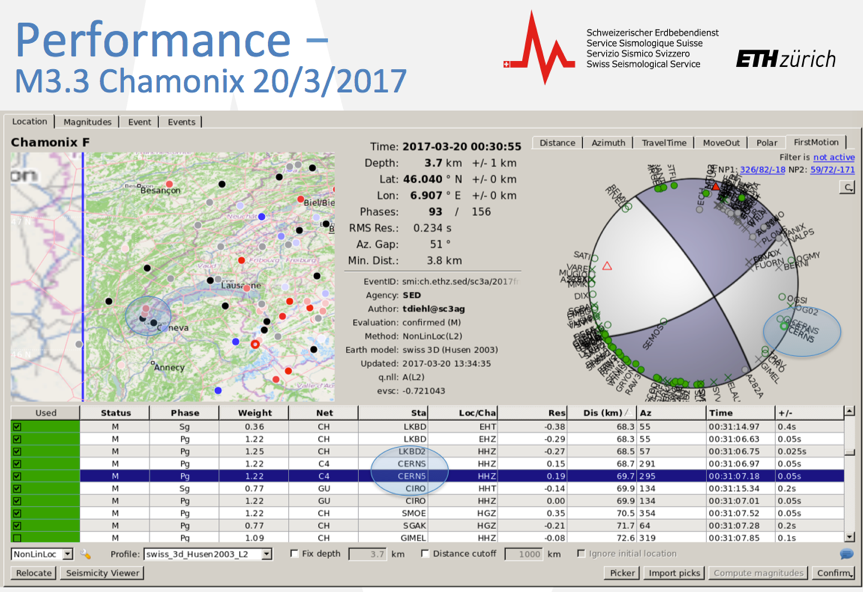 In Spring 2018, the first civil engineering work for the High-Luminosity LHC (HL-LHC) project will begin. Two new pits will be excavated near the ATLAS and CMS sites (LHC Points 1 and 5) giving access to new tunnels close to each of the experiments. Work on this scale requires meticulous preparation to avoid the slightest impact on the operation of the LHC.

To assess the potential impact of this work having on the stability of the LHC tunnel and its equipment, which are extremely sensitive to vibrations, the mechanical measurement laboratory team of the EN-MME group has set up three seismic monitoring stations, two of them underground (at LHC Points 1 and 5) and one at ground level on the Prévessin site. "These stations enable us to monitor the earth’s vibrations practically in real time," explains Michael Guinchard, head of the mechanical measurement laboratory. "This will enable us to keep the LHC teams (BE-OP) as well as the teams responsible for the civil engineering work (SMB-SE) continuously informed so that corrective measures can be taken if the amplitude of the vibrations presents a risk for LHC operation. Once the LHC is operating at high luminosity, seismic monitoring will continue so as to keep risks for the equipment to a minimum, especially in the event of low-level seismic activity in the region or larger tremors coming from elsewhere."

The installation of three seismic monitoring stations at CERN is also of interest to the Geneva cantonal authorities, who have been looking to strengthen their seismic monitoring capabilities in the local region. The reason for this is that they have launched a programme called Geothermie 2020, aimed at developing the use of geothermal energy in the region. The techniques currently used in this field can generate micro-seismic events of 2 to 3 on the Richter scale, which calls for close seismic monitoring during the deep (1 km) boring phases. Switzerland’s national seismology service (Service Sismologique Suisse, or SED) therefore invited CERN to integrate its monitoring stations into the national network. "Being part of the SED network is a real boon for CERN," notes Michael Guinchard, "because it gives us access to data from across Switzerland and Europe, and improves our monitoring capabilities on all scales. Not to mention the expert assistance the SED can provide to us !"

One of the prerequisites for joining the SED was that CERN had to change the format of its seismic data. "To facilitate international collaboration, seismic data is exchanged across the world in the same format, known as Mini-Seed," Michael Guinchard explains. "Unfortunately, our seismic monitoring stations, which were chosen for their ability to withstand the accelerator environment, do not produce data in this format. So, in collaboration with our colleagues in the EN-STI group, we had to develop a system to convert our raw data into Mini-Seed data." The seismic data harvested by CERN will thus be available 24/7, notably on Timber but also across Europe on the seismic data exchange platforms.