FRESCA2: a record field for an extraordinary magnet

The FRESCA2 magnet, which will serve as a test station for the superconductors of the future, has set a new record of 14.6 teslas 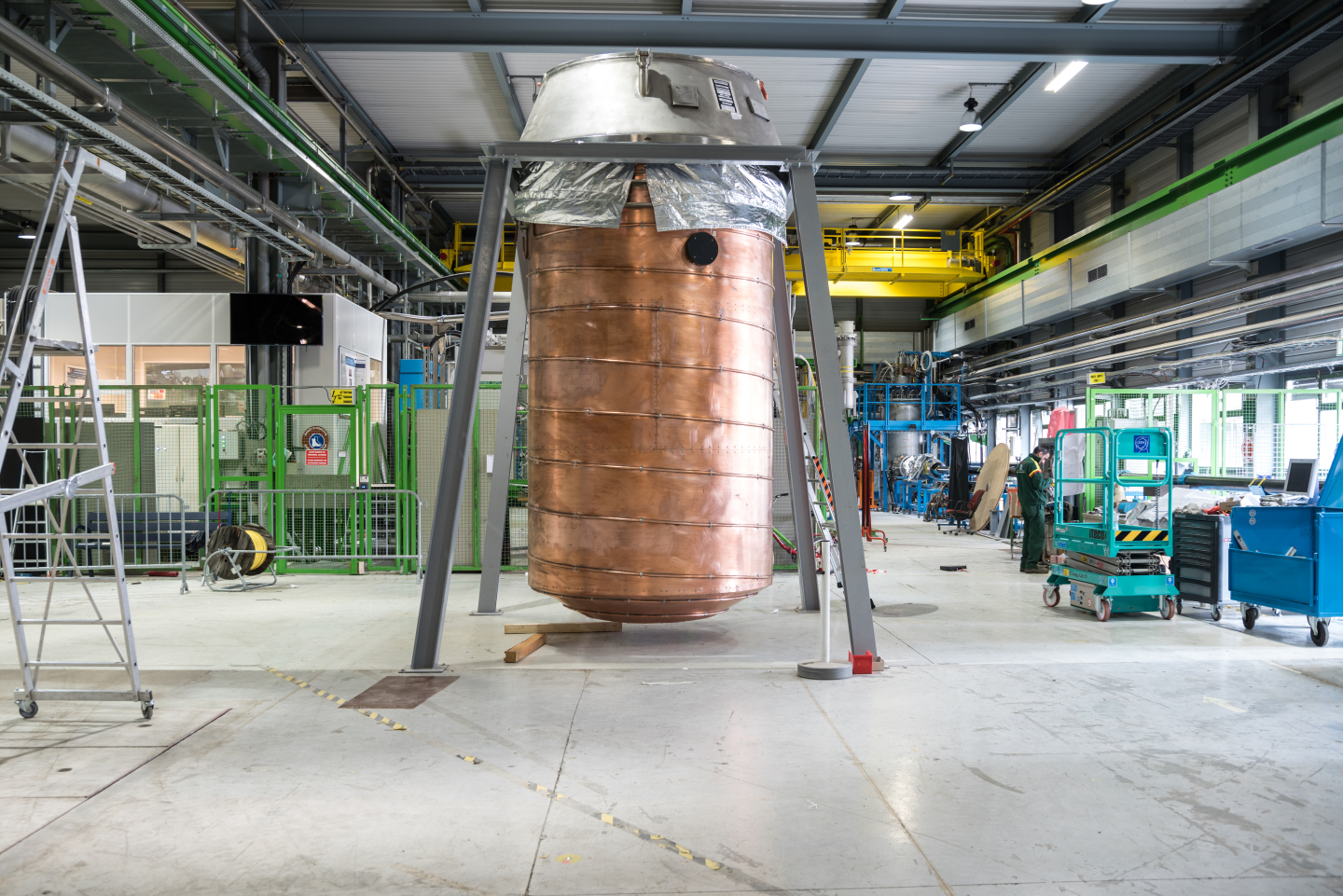 The FRESCA2 cryostat before the insertion of the magnet. (Image: Sophia Bennett)

In its quest for knowledge, CERN pushes technologies to the limits. In the Laboratory’s workshops, scientists are inventing magnets that will equip the accelerators of the future. The latest performance record has been established by the FRESCA2 magnet, a superconducting dipole magnet 1.5 metres long, 1 metre in diameter and with an aperture of 10 centimetres. FRESCA2 has recently reached a magnetic field of 14.6 teslas, a record for a magnet with a “free” aperture. To put this in context, the LHC magnets generate fields of 8.34 teslas in the centre of a 5-cm aperture, and the previous record of this type of magnet was held by the Lawrence Berkeley Laboratory’s (LBNL) HD2 magnet, which reached 13.8 teslas in 2008.

FRESCA2 was developed since 2009 through a collaboration between CERN and CEA-Saclay (France) in the framework of the European project EuCARD and the development of the High Luminosity LHC. Formed by the superconducting niobium-tin compound and cooled to 1.9 kelvin (-271°C), it had already reached a field of 13.3 teslas in August 2017. Then, with a modification of the mechanical pre-stressing, it started a new series of tests in April before reaching its record intensity.

FRESCA2 is indeed intended to test new superconducting cables in real situation, i.e. in an high magnetic field. Its free aperture provides a space in the centre of the magnet to accommodate samples of cables.

CERN and its partners are working on the development of magnets that could generate fields of 16 Tesla and beyond, as part of the Future Circular Collider study. To achieve this, the performance of the niobium-tin superconducting cables, which are already used for the new High Luminosity LHC magnets, must be increased. Coils formed of high-temperature superconductors are also under study.