How can superconductors contribute for a greener future? 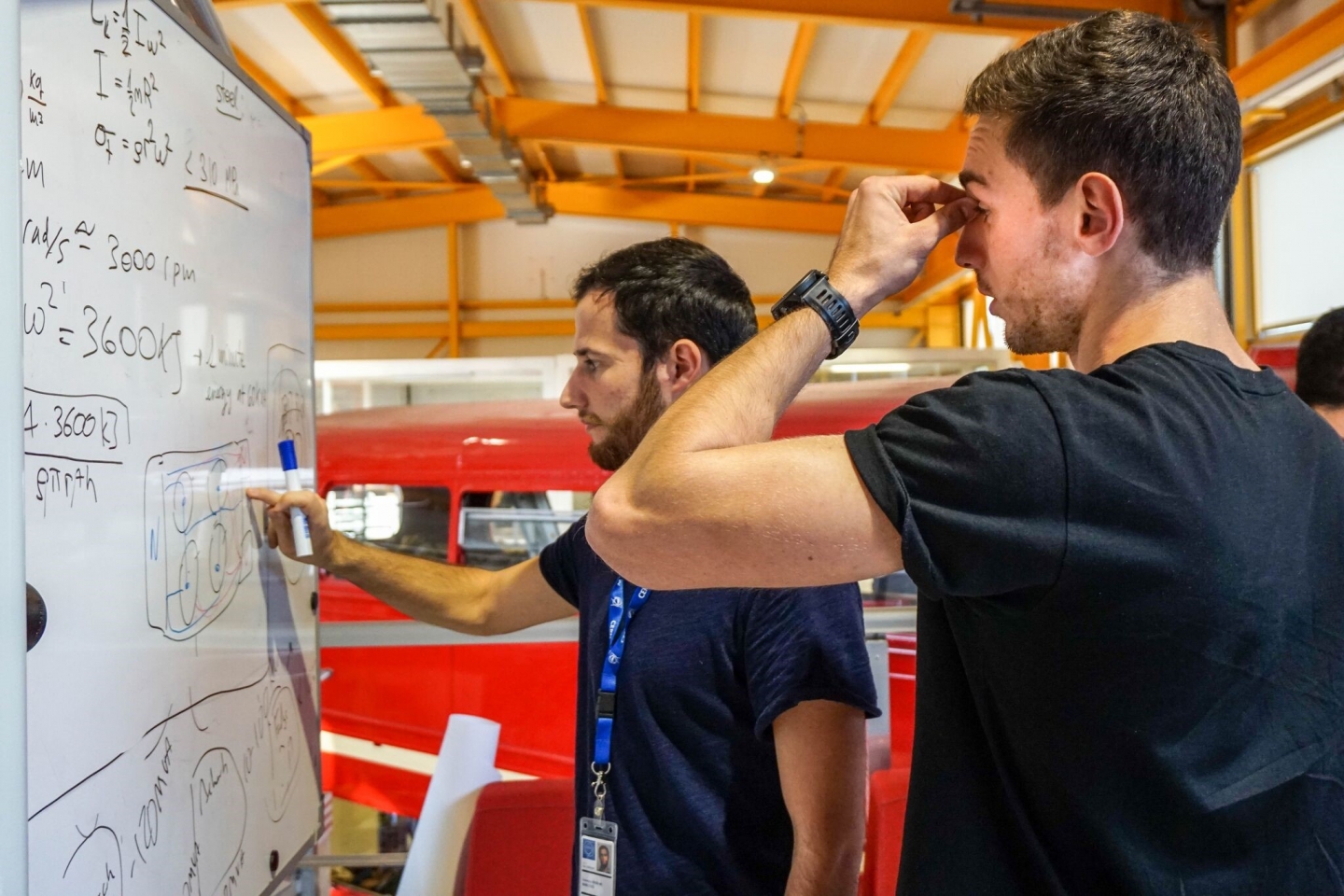 Participants in the intense three-day long Superconductor Hackathon sketching out their ideas of novel applications of superconductors. (Image: Athina Papageorgiou-Koufidou)

In September 2017, a three-day Superconductor Hackathon hosted by CERN’s IdeaSquare brought together an international group of students from technical and business backgrounds with the purpose of conceiving novel applications of superconductors. The hackathon was organised in the framework of the EUCAS 2017 conference, where engineers, economists and creatives united their forces to breed new ideas.

In the past decades, superconducting magnets developed for particle accelerators allowed physicists to take a close look into the heart of matter. Superconducting materials may well have a great impact on the way we produce energy, manufacture goods, transport commodities and medical applications. However today, besides their use in the medical imaging for Magnetic resonance imaging (MRI) and Nuclear magnetic resonance (NMR) systems, the commercial success of superconductors remains largely limited to research applications.

Energy and environmental challenges create opportunities for this alluring technology. “If we can work together to turn our research efforts into products, businesses and services, then we really can change the world for the better,” says Peter Keinz, Professor in WU Vienna.

During the hackathon, the students spent an intense three days of lectures, lively discussions and hands-on prototyping at IdeaSquare. The teams sketched out ideas of novel applications for a global fruit industry, uninterruptible power supplies for data centres, decentralized electrical power plants to stabilize the electrical grid and for a visionary rocket launch system that would allow humanity to explore the solar system at costs far lower than any new conventional rocket launch system.

The concepts were presented in a ceremony, with the teams competing for the audience award given to the most motivated group and the jury prize for the most promising project.

The jury prize went to the team who developed a fruit sorting method that will determine the fruits’ maturity and thus help the suppliers determine where they should be shipped and how. Today, 30 percent of the avocados shipped from South America to Europe need to be thrown away, because there exists no way to determine the fruits' maturity.

The method is based on an intriguing simplification of a spectroscopic technique called Nuclear Magnetic Resonance, widely used in chemistry. The device relies on a superconductive coil that generates an intense magnetic field to twist the water molecules in the fruits passing through the magnet.

Experts from CERN and the Universities of Genova, Vienna and Geneva participated in the Hackathon and helped the students tackle the technical challenges. A number of presentations during the first day demonstrated how superconductivity can contribute to a greener future. How it can be used in UPS systems based on flywheels, how the use of superconducting scanners can ensure high food quality and how concepts like Hyperloop and levitating transport could transform the future of travelling were some of the topics covered in the presentations.

A major aspect of the Superconductor Hackathon is how it encouraged participants to turn to each other for help and support. Markus Nordberg, head of IdeaSquare, mentioned in his speech during the award ceremony: “You are all winners and the biggest prize of this activity is sharing, the fact that you met and shared your experiences and ideas”. The time is right for superconductivity to emerge as the next great transformational technology — with far-reaching impact. Jump on EASITrain and power our future!