Keeping the LHC in power

This week, work began to upgrade and replace more than 100 Uninterruptible Power Supplies in the LHC 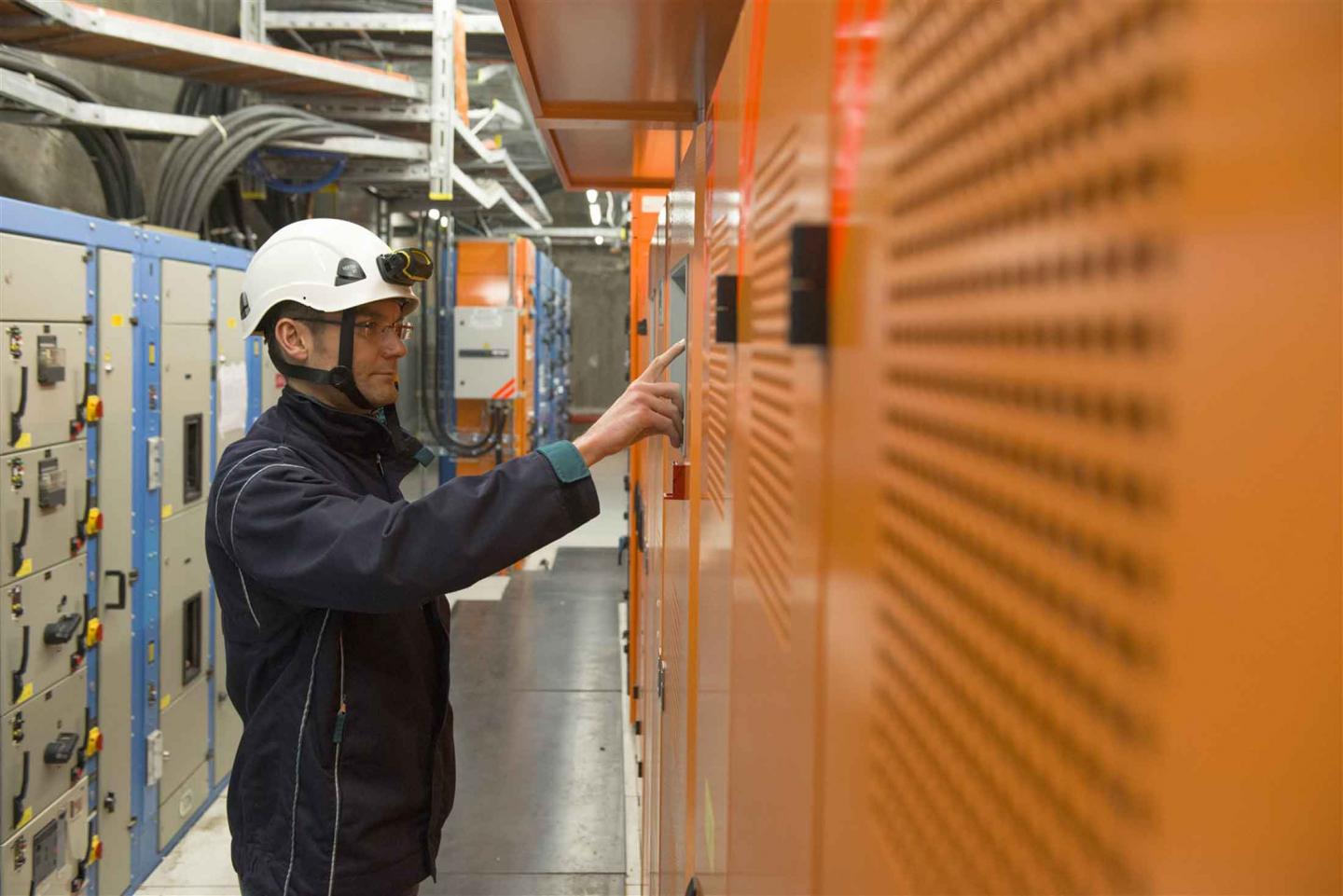 The critical safety equipment around the Large Hadron Collider (LHC), including the machine protection systems, is connected to Uninterruptible Power Supplies (UPS).  In case of mains failure, the UPS systems continue to power, for a limited time, these critical systems and ensure a safe shutdown of the accelerator. This week, work began to upgrade and replace more than 100 UPS systems in the LHC.

For the LHC, even a perturbation on the mains is more than just an inconvenience: it often results in beam dumps and, in some cases, requires an energy extraction from superconducting circuits. When this occurs, machine protection systems, and in particular the Quench Protection System, must remain active to correctly carry out the shutdown procedure. With the UPS systems, 10 minutes of crucial power can be provided to the protection systems during this critical phase.

There are currently two UPS systems in place in each one of the 32 LHC UPS zones. Originally one was used as a backup if the first system were to fail. Then, in 2009, a major upgrade on the UPS distribution was made in order to provide two independent and redundant power paths for the machine protection systems. “Redundant powering is the best solution for machine protection but in the present configuration, a failure of one of the UPS systems obliges us to shut down the accelerator,” says Vincent Chareyre, project leader for the replacement of the UPS systems.

The Electrical Engineering Group (EN-EL) will first replace the existing UPS systems with new ones based on a more robust technology. But also, an additional UPS system will be added to each zone. This third UPS system will act as a backup for the two UPS systems on the front line.

Chareyre says: “With the three-system layout in each one of the zones, the failure of a single UPS system will be invisible for the machine protection systems. The LHC will continue to run thus minimizing time lost for physics.”

During LS1, around 170 UPS systems with their batteries will be installed. As most of these are used for the LHC, there is an additional logistical challenge to the operation. “Most of the UPS zones are located underground,” says Chareyre. “We will have to move more than 80 tons of electronics and more than 280 tons of batteries.” The operation will take over one year to complete, and will involve external contractors as well as members of the EN-EL Group.