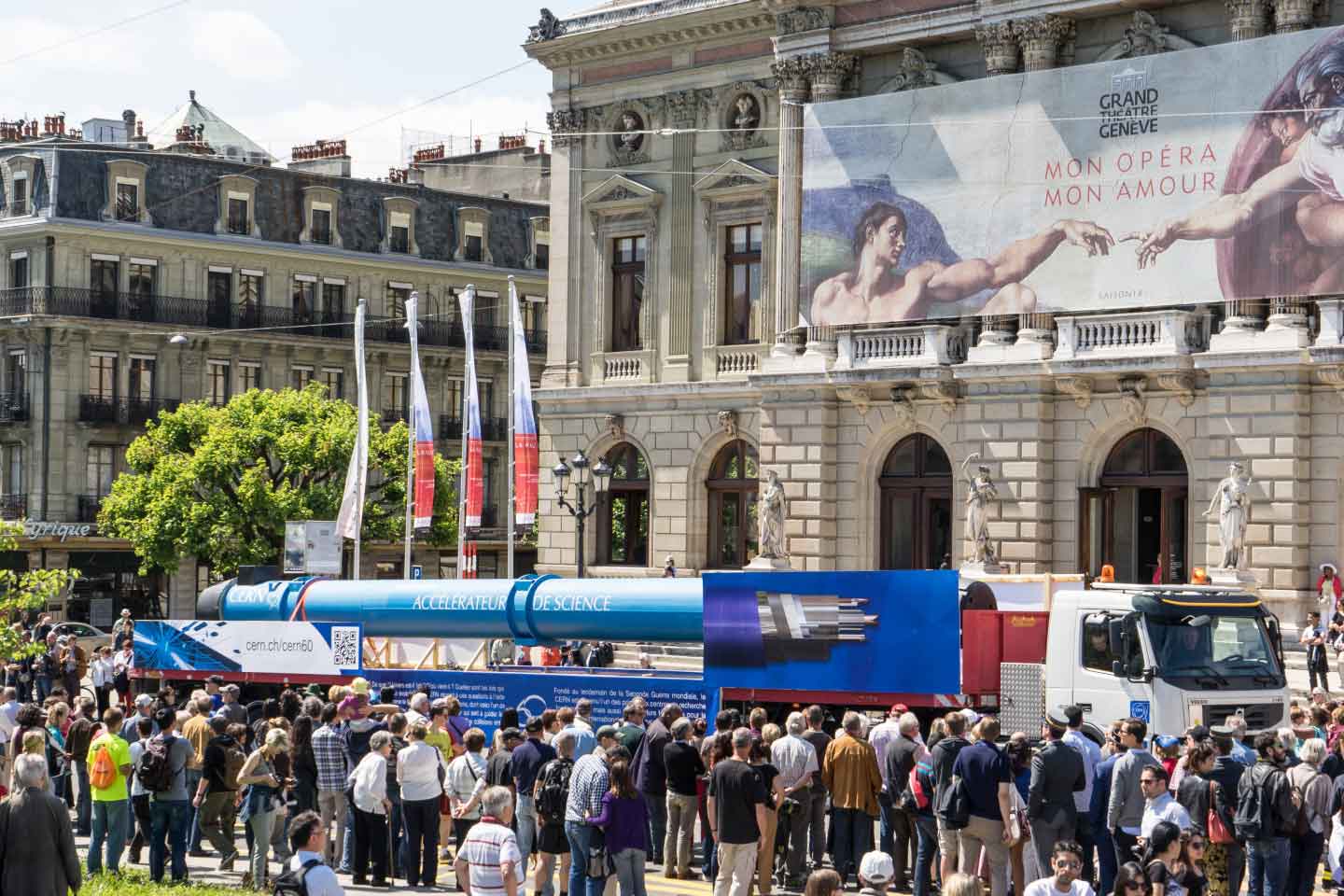 A superconducting dipole magnet from the LHC passes a theatre in downtown Geneva as part of the "Genève200" celebrations (Image: Maximilien Brice/CERN)

Last Saturday, 31 May, CERN joined in the Genève200 celebrations, parading a superconducting magnet through the city’s narrow streets on a 20-metre lorry, from the Parc des Bastions to the Port Noir. It was also an opportunity to remind everyone that this year marks 60 years of science for peace at CERN.

The magnet spent almost three hours among the huge crowds, as 30,000 people descended on the harbour in the sunshine to celebrate the bicentenary of Confederate troops landing at the Port Noir, heralding Geneva’s integration into Switzerland.

This grand parade, a combination of the historical and the contemporary in the form of a historical retrospective, featured 1200 participants and took the people of Geneva back in time to 1814. The immersion into the past was complete with police officers and period firefighters in period uniforms and even period vehicles, much to the delight of the general public. With a nod to CERN and the LHC, the 21st Century was not forgotten.

The parade then passed in front of the official guests, who included representatives of each canton and of Geneva’s cantonal and communal authorities, as well as the President of the Confederation, Didier Burkhalter.

The event was a true reflection of Geneva – a real cultural, artistic, social and scientific patchwork.