As part of continual efforts to ensure the highest standards of radiation protection, CERN is modernizing its operational dosimetry system 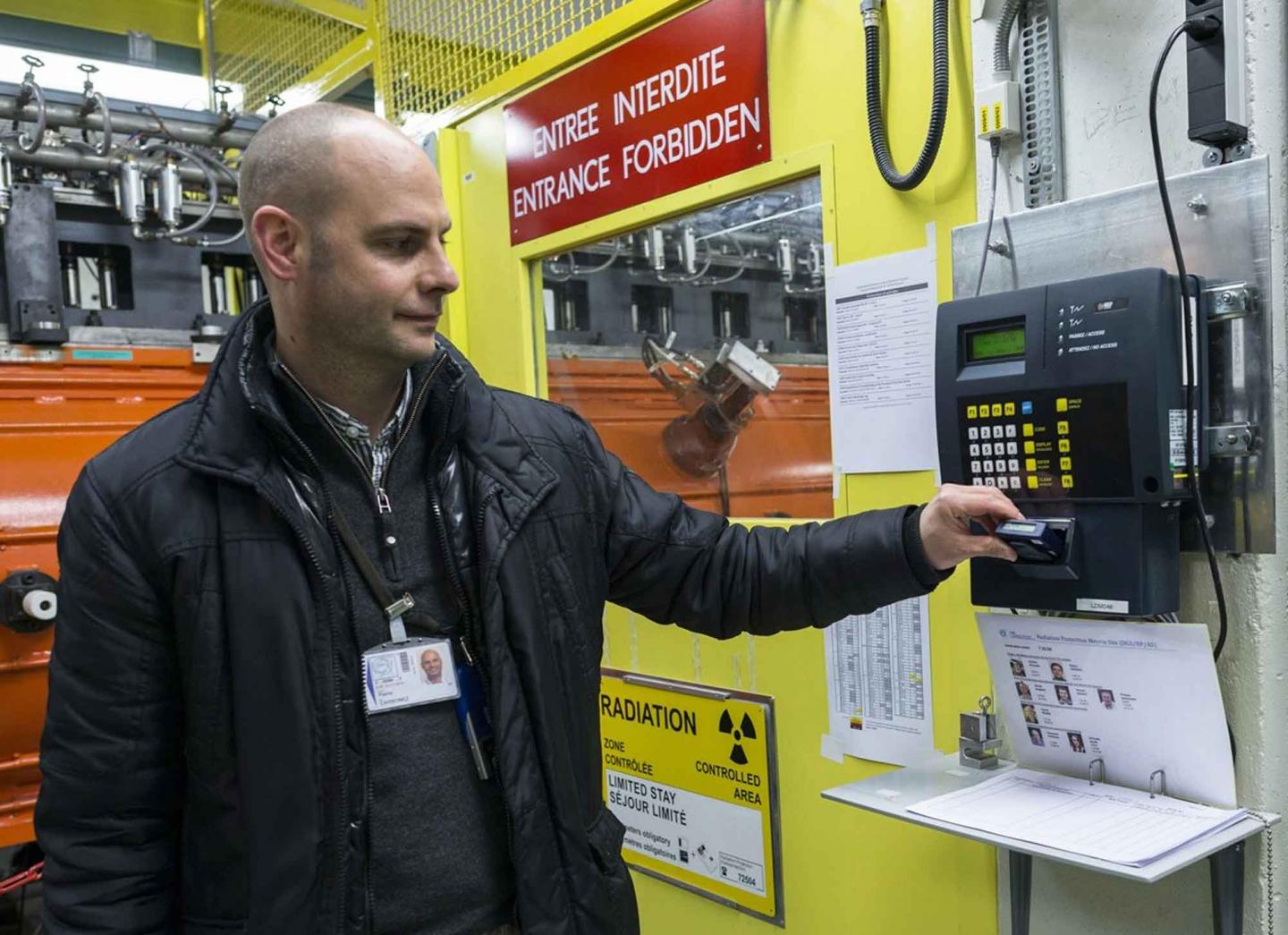 Pierre Carbonez, head of the Dosimetery and Instrument Calibration Service, with one of the new automatic operational dosimetery reader terminals (Image: CERN)

Operational dosimeters (DMC) complement the "passive" dosimeters (DIS) and must be used every time you enter Controlled Radiation Areas. They measure the dose of radiation received by the exposed worker in real time and give a warning if the acceptable threshold is exceeded.

The new dosimeter reader system allows the dosage recording procedure to be automated. “Every person who has to work in accelerators areas at CERN is required to make an access request via an IMPACT form, which contains the radiological data (along with other information) related to the work. They must then activate their dosimeter by inserting it into the reader terminal at the entrance of the area,” says Pierre Carbonez, head of the Dosimety and Instrument Calibration Service. “The terminal will then switch on the dosimeter, which will display the radiation dose throughout the work. At the end of the job, the operator  must read the dosimeter by inserting it again into the terminal, which will record the value of the dose received during the operation in the database and switch the dosimeter off.”

This new system considerably improves employee safety and follow up, enabling Radiation Protection Officers to check radiation doses in real time. Each request in IMPACT is submitted to the Radiation Protection Service, who, depending on the worker’s previous exposure and the work to be carried out, will set a maximum dose. If this dose is reached during the intervention, the dosimeter gives an alarm to warn the operator to stop the work and leave the area. In addition, as the exposure data is directly recorded in a database, it will be possible to analyse the work more thoroughly, with more precise statistics.

“Installation of the 50 terminals began in September 2012,” says Pierre Carbonez. “The objective was to be operational by the start of LS1, so we only had six months to put everything in place. The biggest difficulty in this project was not with the configuration and parameterization of this complex system, which is already well understood, but rather the tight time schedule to connect our terminals to the electricity supply networks and the Intranet. Thanks to the great work of all involved groups problems could be solved in time and the new system is now operational since March. The old system is being used in parallel for two weeks of testing but will be decommissioned and CERN will then have the biggest installation of this type in the world.”