A CERN-Fermilab team has developed a new magnet that will be a valuable asset to the HL-LHC, the next step of for LHC machine 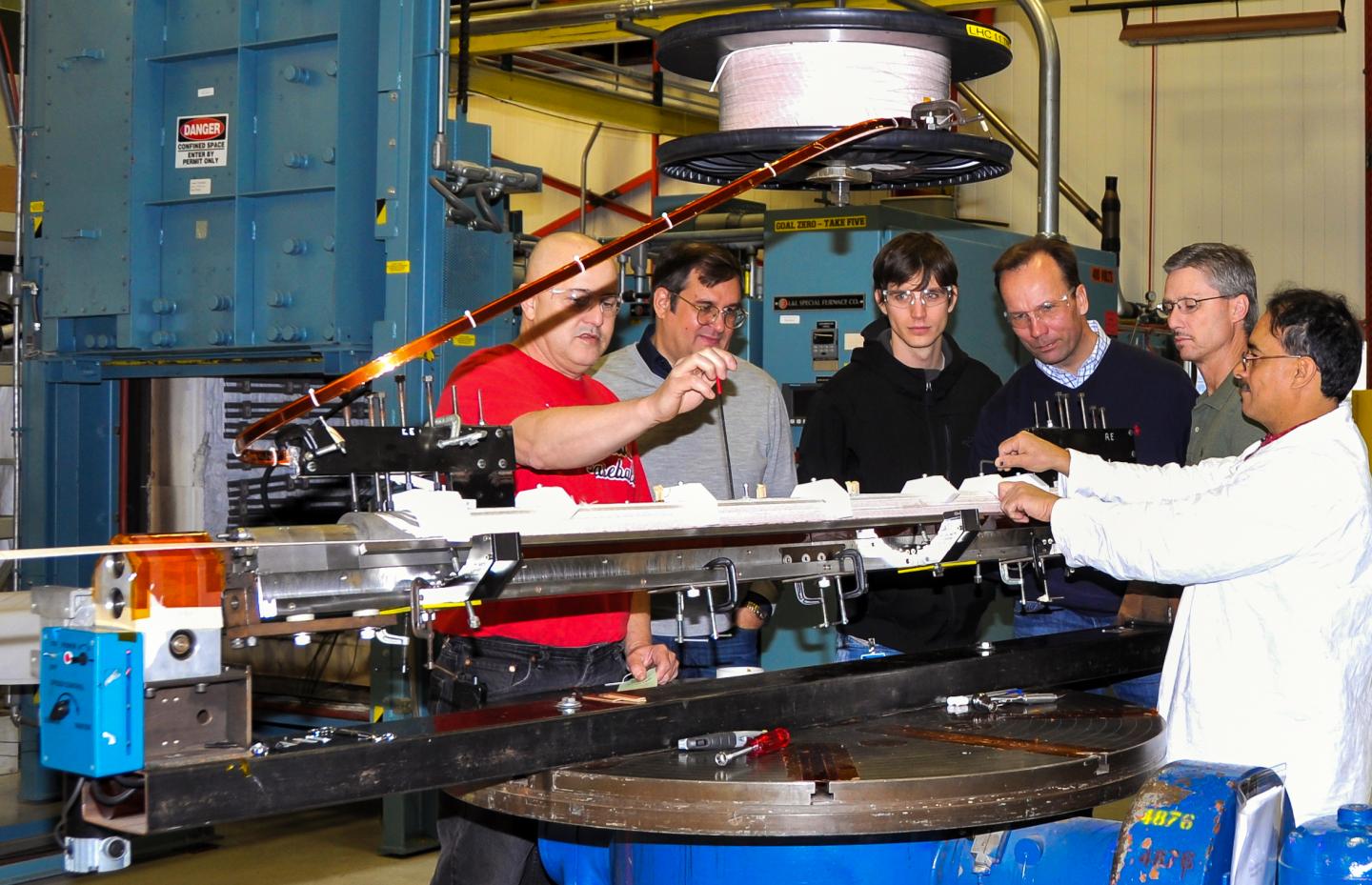 The size of the magnets on a particle accelerator is crucial: it determines the final circumference and power. This spring, Fermilab unveiled a 10.4 Tesla magnet that is shorter than the 8 Tesla magnets currently installed in the LHC.

The High Luminosity LHC (HL-LHC) represents the future of CERN's flagship accelerator. From around 2020, this major upgrade to the Large Hadron Collider (LHC) will allow a substantial increase in the rate of collisions compared to today. The project poses various technical challenges, some of which appear to be close to being resolved.

The success of the HL-LHC hinges on two essential conditions: the installation of more powerful magnets to guide the beams, and the addition of extra collimators – devices that narrow particle beams – to mitigate the increase in radiation. To add collimators to the LHC's 27-kilometre ring – already full to bursting point - the current magnets need to be replaced with shorter but more powerful magnets. Fermilab's engineers have been working on the project in collaboration with CERN. "The idea originated from a proposal made by Lucio Rossi, the head of CERN's Magnets, Superconductors and Cryostats group, in 2010," says Giorgio Apollinari, head of Fermilab's Technical Division. "He suggested replacing a few of the LHC's 8 Tesla dipole magnets with shorter 11 Tesla magnets. His idea aligned well with the goals of Fermilab's R&D programme for projects including the muon collider, so we decided to collaborate."

It was not long before the decision started to pay off. In spring 2012, only 20 months after the research had begun, Fermilab unveiled a 10.4 Tesla, 2-metre prototype magnet. An 11-metre magnet should see the light of day after several more development phases; that's 3 metres shorter than the existing LHC magnets. "We achieved this using niobium-tin (Nb3Sn) instead of niobium-titanium (Nb-Ti), which was the material used in the manufacture of the superconducting cables of the LHC magnets in the 1990s," says Apollinari.

Looking at what the CERN-Fermilab collaboration has achieved in less than two years, it may be safe to assume that 11 Tesla magnets are not far off…