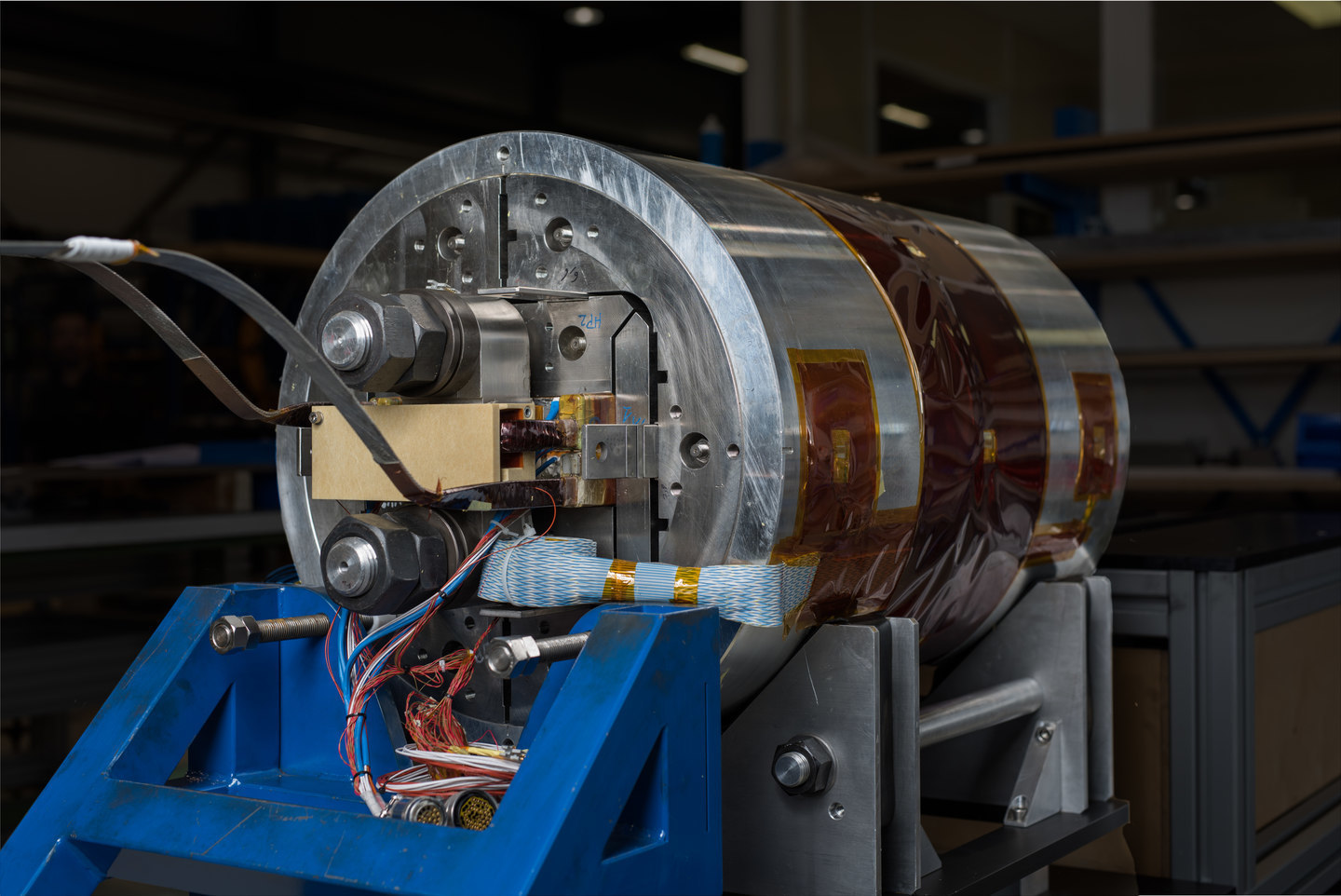 A new world record has been broken by the CERN magnet group when their racetrack test magnet produced a 16.2 tesla (16.2T) peak field – nearly twice that produced by the current LHC dipoles and the highest ever for a dipole magnet of this configuration.

The Racetrack Model Coil (RMC) is one of several demonstration test magnets being built by the group to understand and develop new technologies, which are vital for future accelerators.

The shorter magnets are just 1 to 2 metres in length, compared to the 5-7 metre  long ones needed for the High-Luminosity LHC.

The tests are needed to prove the feasibility of creating magnetic fields of up to 16 tesla, which are built into the designs of future accelerators.

“The present LHC dipoles have a nominal field of 8.3T and we are designing accelerators which need magnets to produce a field of around 16T – almost twice as much,” says Juan Carlos Perez, an engineer at CERN and the project leader for the RMC.

High-field magnets are crucial to building higher energy particle accelerators. High magnetic fields are needed to steer a beam in its orbit – in the case of dipoles - or to squeeze the beams before they collide within the experiments, which is the case for high-gradient quadrupoles.

The LHC uses niobium-titanium superconducting magnets to both bend and focus proton beams as they race around the LHC. But the RMC uses a different superconducting material, niobium-tin, which can reach much higher magnetic fields, despite its brittle nature.

The world record is a step forward in the demonstration of the technology for the High-Luminosity LHC project, and a major milestone for the Future Circular Collider design study.

"It is an excellent result, although we should not forget that this is a relatively small magnet, a technology demonstrator with no bore through the centre for the beam,” says Luca Bottura, Head of CERN’s Magnet Group. “There is still a way to go before 16 Tesla magnets can be used in an accelerator. Still, this is a very important step towards them."

The RMC is also using wires and cables of the same class as those being used to build FRESCA2, a 13T dipole magnet with a 100mm aperture that will be used to upgrade the CERN cable test facility FRESCA. FRESCA2 coils are currently under construction and will be ready for testing by summer 2016.

Such fields are only possible thanks to new materials and technologies, and also close relationships between several physics communities.  The team worked closely with other European and overseas research and development programmes to break the technology barriers.

Learn more about the technologies and the Racetrack Model Coil read this month’s Accelerating News.