Alice in Particleland: A science comic in the making 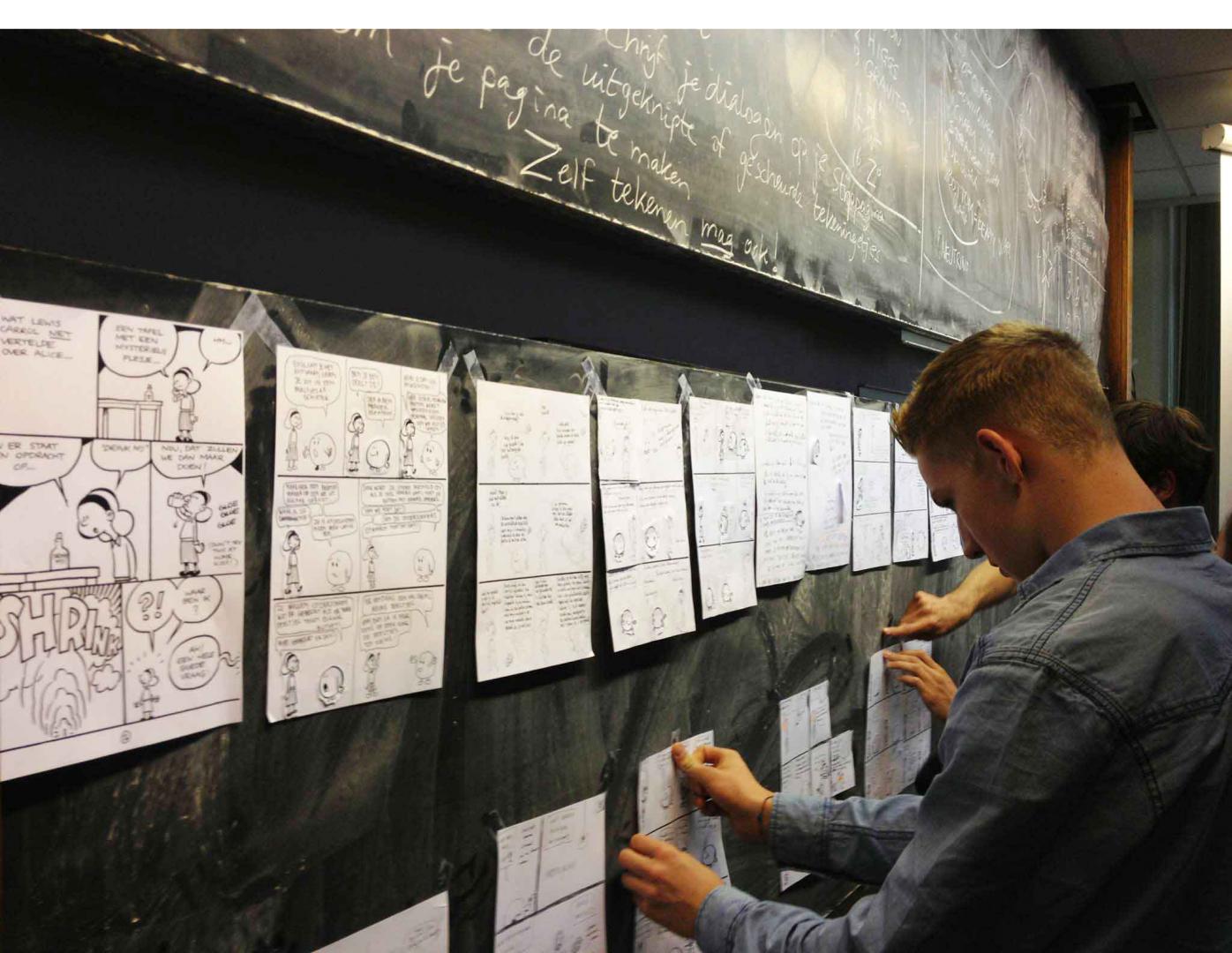 <em>Students from Xaverius College in Belgium pin their comics on the wall at CERN as they brainstorm for story ideas about particle physics (Image: CERN)</em>

Comics and cartoons have been used to communicate scientific ideas since the 19th century. They hold strong potential for engaging and educating students, and more and more science teachers are including comics in their classes today. Now the CERN Education Group in collaboration with the ALICE Outreach Group and with the support of the PATHWAY project are exploring the comics medium as an engagement tool for particle physics.

In a workshop from 16-17 May, 13 students along with their two teachers from Xaverius College in Borgerhout near Antwerp in Belgium teamed up with Amsterdam-based comic-book artist Remco Polman to create a comic, provisionally titled "ALICE in Particleland". Building on the existing ALICE comic book, Polman and the students recast the famous Lewis Carroll character Alice – who magically shrinks to a tiny size – on an adventure in "Particleland" where she meets strange, charming and eccentric characters representing subatomic particles.

Between visits to the ALICE cavern and other experimental facilities, the students discussed recent discoveries at CERN with ALICE physicists Yves Schutz and Despina Hatzifotiadou and CERN theorists Rikkert Frederix and Rob Knoops to help them with their story.

A brainstorming session on the second day of the workshop helped the students to practise storytelling techniques and summarize what they had learnt. “We wanted to focus on the comic storytelling rather than putting drawings to paper, so that the students could be creative at an imaginative level instead of having to get themselves distracted by having to draw complicated comic panels,“ says Polman.

Jorn Peters, a physics teacher who participated in the High School Physics Teacher Programme at CERN last July says he enjoyed this opportunity to discuss the work at an advanced level. For Emma, one of the students: “The making of the comic book was surprisingly helpful in turning what we learned during our visit into a story”. Her classmate Aline says: “That was the reason why the sessions with Remco were perfect. And on the top of it, we had a lot of fun.”

Students came up with an intriguing plot, which motivated Polman to continue working on what promises to be an amusing and educational comic. “In a month or so, I will hopefully be able to present the outcome to students and people at CERN,” he says. We look forward to seeing it!