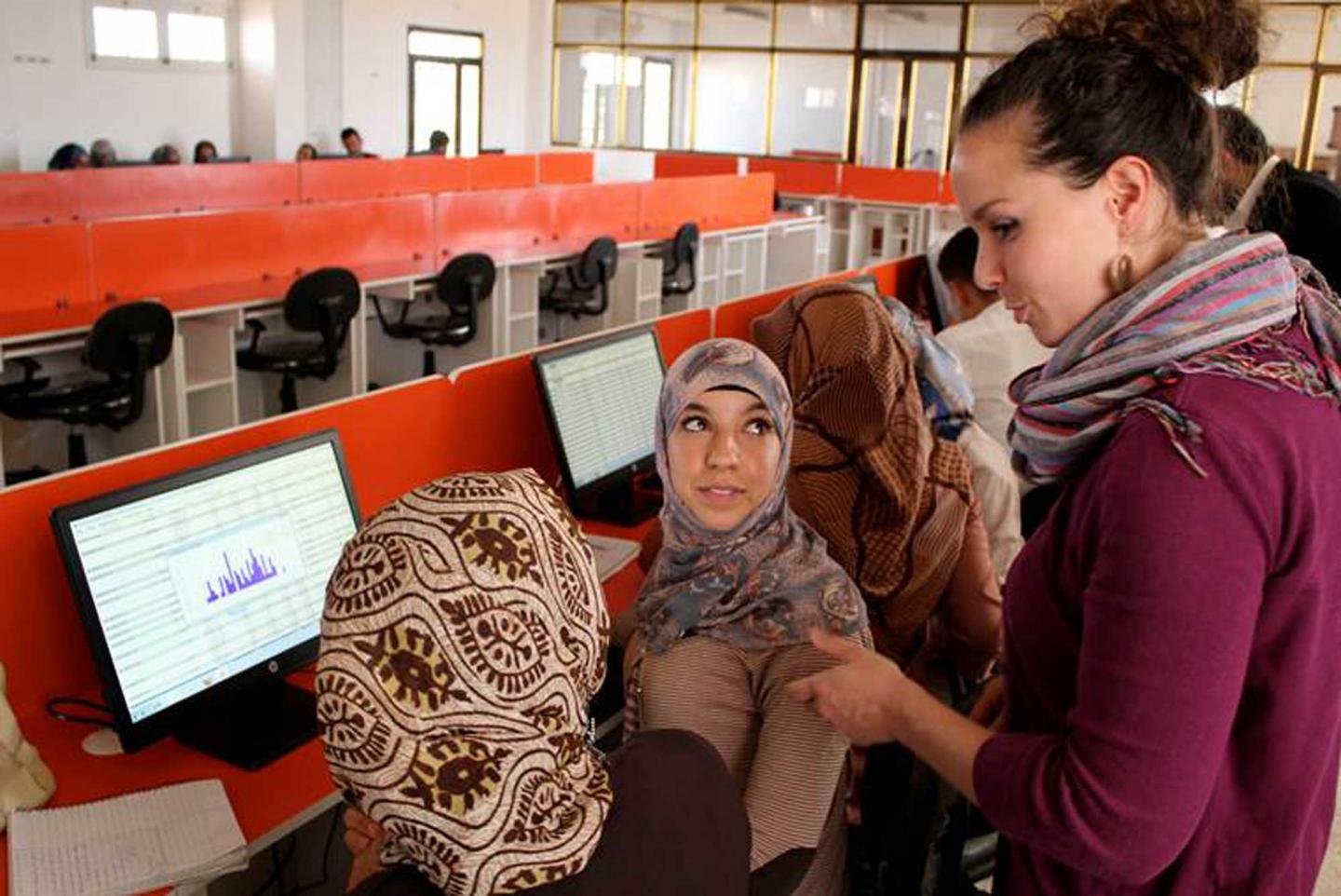 A version of this article first appeared in UK News from CERN.

Taking particle physics to new audiences is often easier said than done. But Kate Shaw, the newly elected outreach co-coordinator for the ATLAS collaboration, has an enviable track record.

As the founder of the Physics without Frontiers project at the International Centre for Theoretical Physics (ICTP) in Trieste, Italy, she has been working with students in Algeria, Egypt and Palestine to inspire and motivate them to consider a career in particle physics.

"I’ve loved physics since I was 12," says Shaw. "To me it’s really important to reach out to people who don’t have the same access; we don’t know where the next Albert Einstein or Abdus Salam is going to come from."

Shaw's passion for outreach was kindled during her PhD at Sheffield in the UK. She volunteered at workshops and science festivals before winning an STFC Science and Society Small Award to take particle-physics masterclasses to hard-to-reach schools in the city. From Sheffield, she joined ICTP, which carries out physics research and promotes physics in developing countries.

Physics without Frontiers has only been going since 2012 but Shaw and her colleagues have already seen positive outcomes. PhD students act as role models to younger students, and have the opportunity to start building professional networks that will help and support these physicists throughout their careers. One student is currently studying for her diploma at ICTP with several currently applying, and a number of students have been accepted into the CERN summer-student programme. Many more are applying for Masters’ courses and a PhD student will work at CERN for his PhD.

Shaw says she is confident that Physics without Frontiers is in safe hands as she starts her next challenge as ATLAS outreach co-coordinator, which will take up to half of her time.

"ATLAS is already doing fantastic outreach and reaching a very wide audience," she says. "But I'm hoping to increase the focus on developing countries and the general public. When we start taking data again in 2015, we need a clear message about our next challenges and what we’re trying to achieve at the frontiers of particle physics.”

Shaw is looking forward to being based full-time at CERN. Alongside her outreach activities, she’ll be analysing data and studying Higgs physics. She’ll also be working as part of the Luminosity Task Force. So which does this new co-ordinator prefer – outreach or research? “I have to do both," she says. "I need to do outreach to enjoy the physics, but I need to do the physics to enjoy the outreach!”