Awakening the potential of plasma acceleration

Civil engineering has begun for the new AWAKE experiment, which looks to push the boundaries of particle acceleration 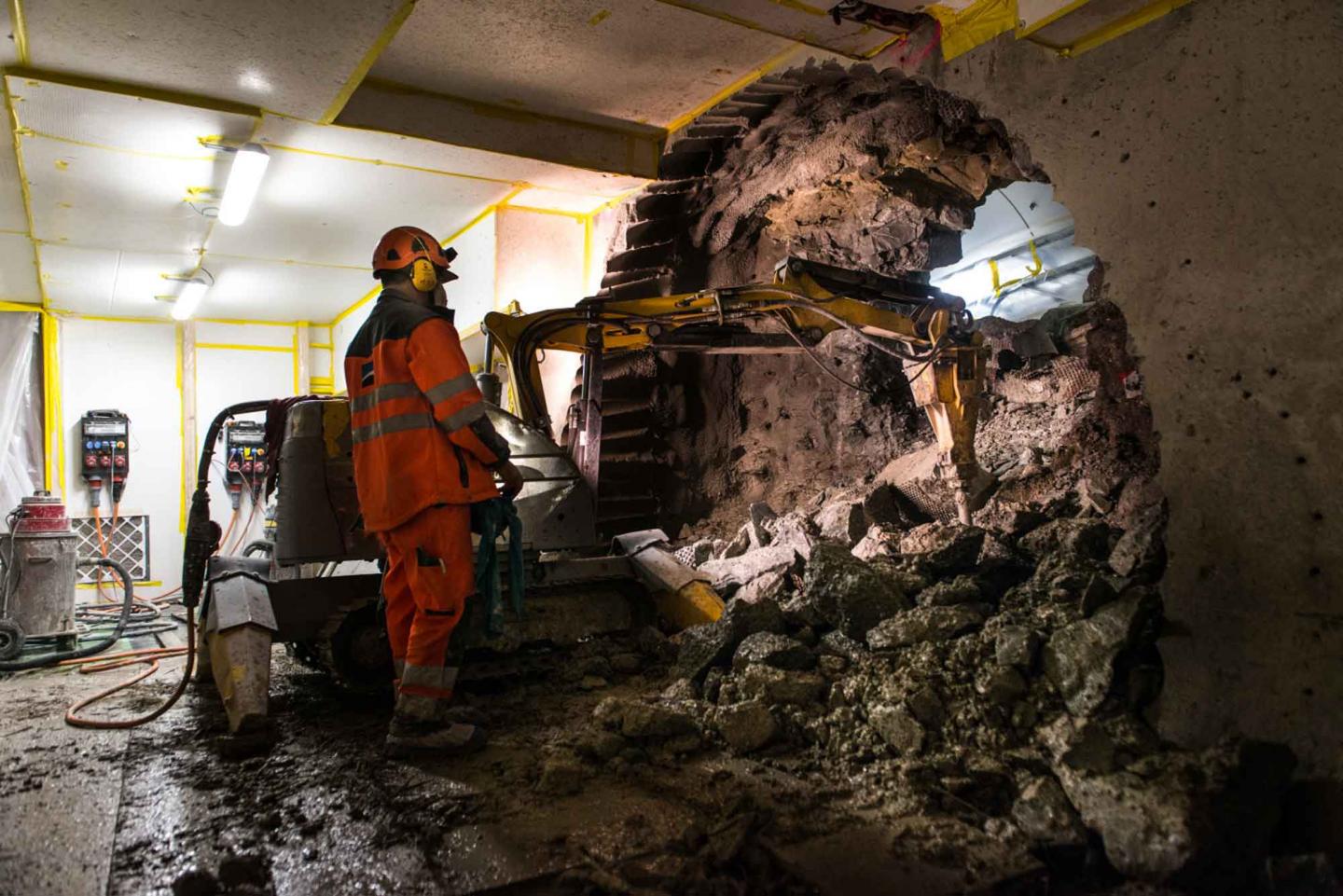 Civil engineering has begun for the new Proton Driven Plasma Wakefield Acceleration Experiment (AWAKE) at CERN. This proof-of-principle experiment will harness the power of wakefields generated by proton beams in plasma cells, producing accelerator gradients hundreds of times higher than those used in current radiofrequency cavities.

Like all of CERN's experiments, AWAKE is a collaborative endeavour with institutes and organisations participating around the world. "But unlike fixed-target experiments, where users take over once CERN has delivered the facility, in AWAKE, the synchronised proton, electron and laser beams provided by CERN are an integral part of the experiment," says project leader Edda Gschwendtner. "CERN's involvement in the project goes well beyond providing infrastructure and services."

Construction teams are already turning the area at CERN that housed the CERN Neutrinos to Gran Sasso (CNGS) experiment into a home for AWAKE.

"We have removed part of the proton beam line and cleared the area upstream of the CNGS target to make way for the AWAKE installation, including a laser and 10 metre plasma cell," says Gschwendtner. "CNGS's area downstream of the target, however, has been left untouched. As it is radioactive, we constructed a new shielding wall in July so that the AWAKE facility upstream can be a safe, supervised working area for users."

The AWAKE facility will also feature a clean room for the laser, a dedicated area for the electron source and two new tunnels: one small tunnel to hold the laser beam (which ionises the plasma and seeds the wakefields); and a second, larger tunnel that will be home to the electron beam line (the "witness beam" accelerated by the plasma). These new tunnels are currently being carved out for the facility (see image).

The AWAKE team at the Max Planck Institute for Physics in Munich, Germany, is preparing to move both equipment and know-how to CERN. "In Munich, we are working with a 3-metre prototype of the plasma cell," says Allen Caldwell, AWAKE spokesperson. "Our focus is on the science: learning the properties of the plasma cell as well as possible before we start with the 'real thing'."

"We are also addressing a number of hardware issues," says Patric Muggli, AWAKE Physics and Experiment Coordinator. "For example, we are creating valves that allow the laser, proton and electron beams to enter the plasma cell. These need to be extremely fast but also durable, opening and closing an unprecedented 40,000 times in its lifetime."

Although new technology is being created for AWAKE, the experiment also re-uses existing equipment from CNGS, CLIC/CTF3 and other CERN facilities. The experiment will be conducted in two phases, the first starting in 2016.