Build your own tiny Lego LHC

Vote online now for a Lego replica of the LHC, created by an ATLAS PhD student 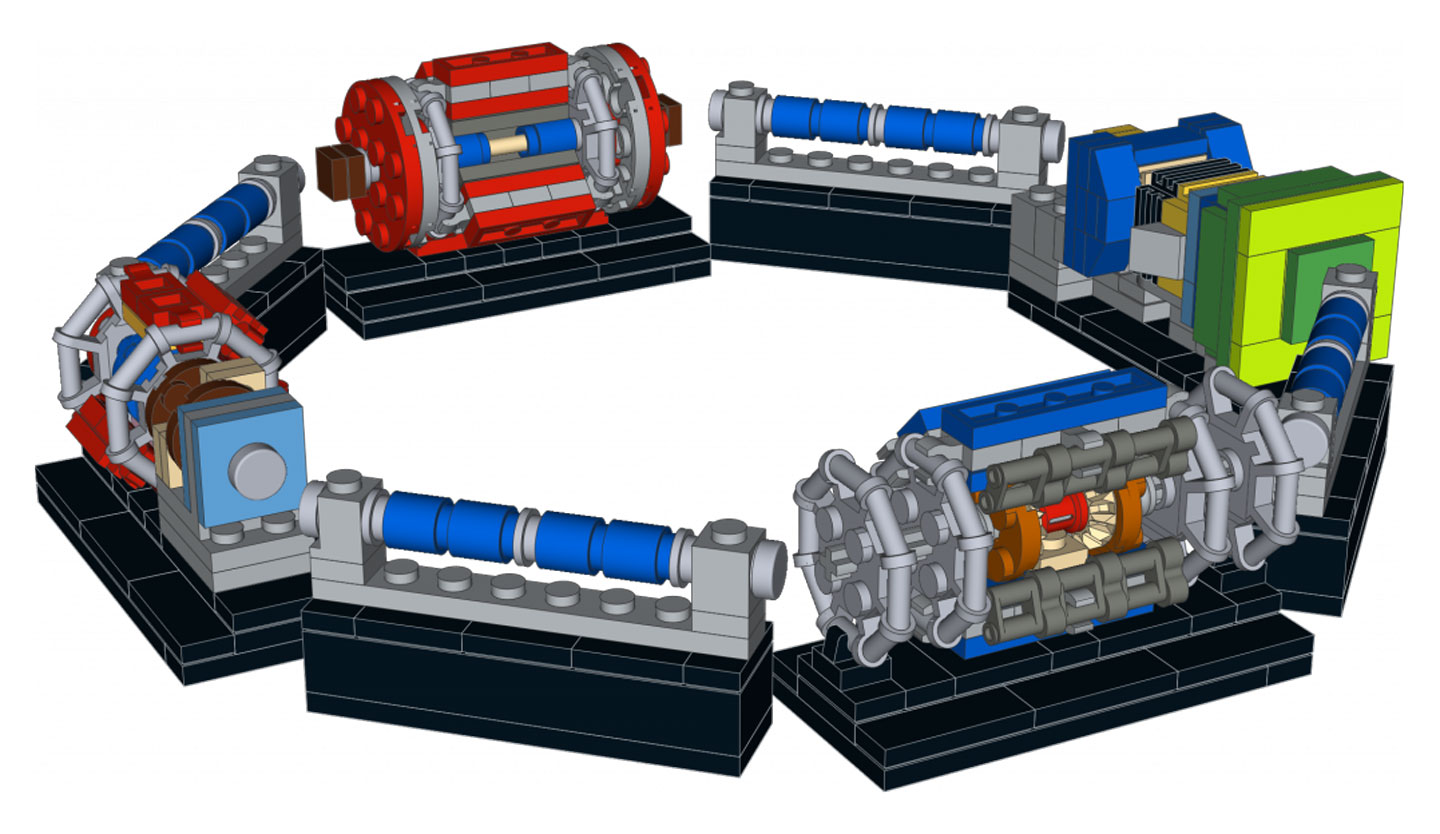 A PhD student working on the ATLAS experiment has created a replica of the Large Hadron Collider (LHC) using Lego building blocks. Nathan Readioff, from the University of Liverpool, submitted his design to Lego Ideas this week and now awaits the 10,000 votes needed for it to qualify for the Lego Review, which decides if projects become new Lego products. You can help this project, vote online now!

His Lego design is a stylised model of the LHC, showcasing the four main detectors ALICE, ATLAS, CMS and LHCb at the micro scale. Each detector is small enough to fit in the palm of your hand yet the details of the internal systems are intricate, revealed by cutaway walls. Every major detector component is represented by a Lego piece. The models are not strictly in scale with one another, but use the same size base to maximise the detail that can be included and give a more uniform look to the set.

“I wanted to provide people of all ages with an entertaining building experience that would allow them to learn about the LHC and its incredible detectors” says Readioff. “Hopefully, this Lego replica can serve as an introduction, inspiring people to find out more about particle physics and how the amazing work done at CERN is leading us to unravel the workings of the universe.”

While working on a sample prototype of the Lego LHC, Readioff says he learned a surprising amount about CERN and the various detectors himself. “I understood ATLAS because that’s the experiment I work on, but I knew almost nothing about the other detectors,” he says.

Readioff researched the other detectors, and learned how they shared the same basic features – silicon detectors, calorimeters, muon chambers – and yet use vastly different technologies and designs to achieve their goals. Besides the detectors, he says, he also learned how to assemble a robust Lego model, and question designs recommended by computer simulation.

“The first draft model of the ALICE detector was designed on a computer and it took me two hours to get the bricks to hold together and it would shatter at the slightest touch,” says Readioff. His final design replica is made to be robust with parts that hold together well, to help the Lego builder build each detector within minutes. If you want to build your own miniature LHC now, you can, complete instruction manuals and part lists are already available on the “Build your own particle detector” website.

To vote for Readioff's Lego LHC design, register with Lego ideas and click the Support button on the Lego LHC page.