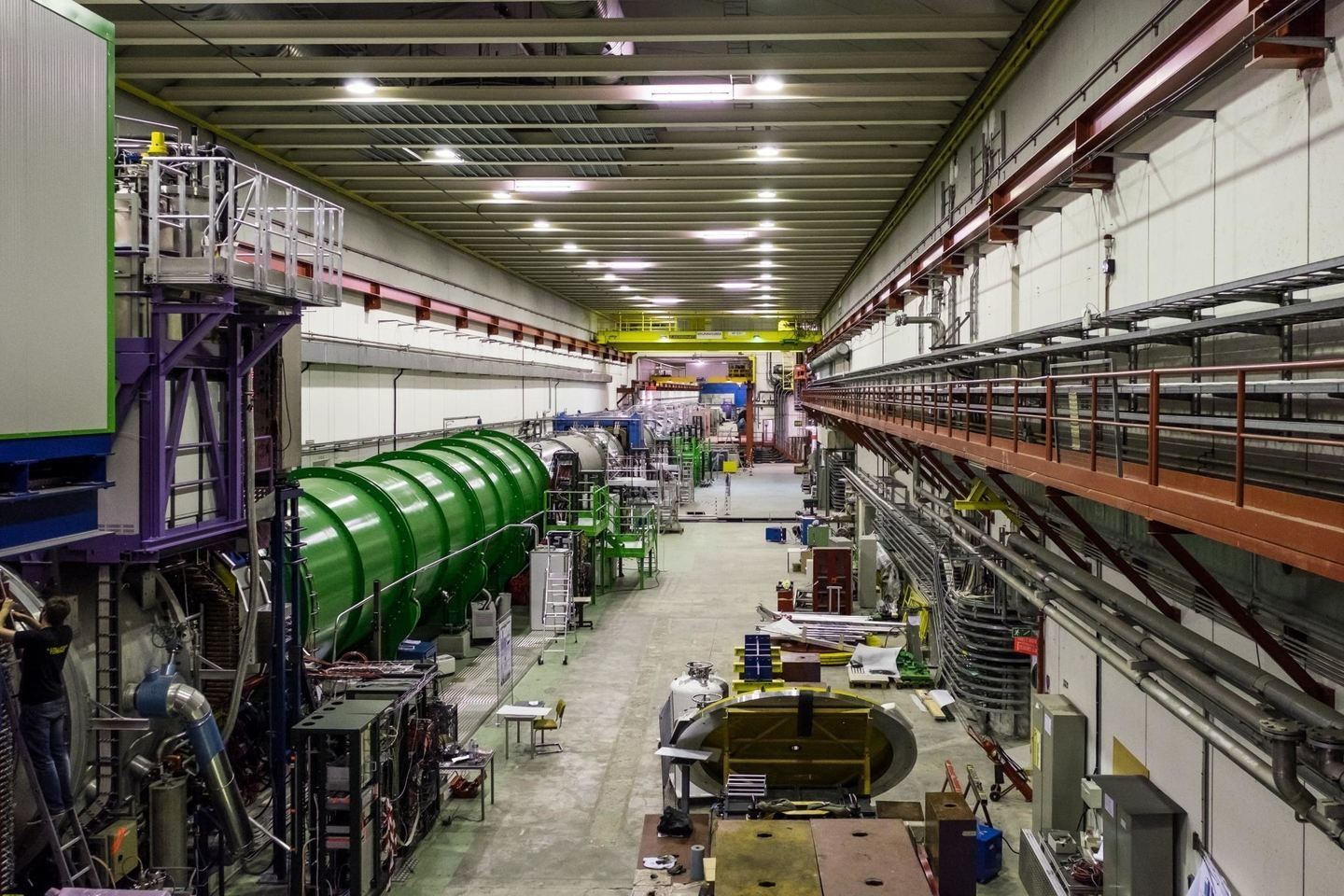 What if the odds of an event occurring were about one in ten billion? This is the case for the decay of a positively charged particle known as a kaon into another positively charged particle called a pion and a neutrino–antineutrino pair. Yet, such a rare event, which has never been observed with certainty, is something that particle physicists really want to get their hands on. The reason? The Standard Model predicts such one-in-ten-billion odds with an uncertainty of less than ten percent. A deviation from this prediction, revealed by a precise measurement of the decay, could therefore be a clear indicator of physics beyond the Standard Model.

In a seminar taking place today at CERN, the NA62 collaboration reports a candidate event for this ultra-rare kaon decay found using a new “in-flight decay” approach. While this single event cannot be used to probe beyond-Standard-Model physics, it demonstrates that the approach works well and can be applied to catch more events in the next run of data-taking, which kicks off in mid-April. The result was also presented earlier this month at the Rencontres de Moriond conference in La Thuile, Italy.

To look for kaon decays, the NA62 team first makes beams rich in kaons by firing high-energy protons from the Super Proton Synchrotron (SPS) accelerator into a beryllium target. The collision creates a beam of nearly one billion particles per second, only about 6% of which are kaons. The kaons are identified by a Cherenkov particle counter, and their coordinates and momentum are measured using three silicon-pixel tracking detectors with a time resolution of 100 picoseconds (1 picosecond is one trillionth of a second). Next, the beam passes through a 65 m-long decay region before reaching the rest of the NA62 detector. Then, a device called a straw tracker, placed inside a vacuum tank, measures the momentum of the charged daughter particles into which the kaons decay, and a Ring Imaging Cherenkov (RICH) detector determines the particles’ type. Other devices known as calorimeters reject unwanted background events with photons and muons.

In their analysis of data taken over the course of 2016, the NA62 team identified a candidate event for the decay of a positively charged kaon into a positively charged pion and a neutrino–antineutrino pair that escapes undetected. The result allowed the researchers to put an upper limit on the relative frequency, or “branching fraction”, of the decay of 14 in 10 billion. The result is compatible with the Standard-Model prediction, which is 8.4 in 100 billion (with an uncertainty of 1), but more data is needed to probe beyond-Standard-Model theories, which predict deviations from the Standard-Model value.

This is not the first time that hints of this decay have been observed. Several candidate events have been previously reported by the E949 experiment and its predecessor E787 at Brookhaven National Laboratory in Long Island, New York. These candidate events have been used to infer a branching fraction of 17.3 in 100 billion (with an uncertainty of about 11), which is consistent, within large errors, with the Standard-Model prediction.

But there is a difference between the Brookhaven experiments and NA62: whereas the former observed the kaon decays with the particles at rest in a target, NA62 observes them while the particles are in flight within the vacuum tank. This new in-flight approach has advantages because it provides much more room for detection and background-event immunity.

The NA62 team expects to identify more candidate events for the rare kaon decay in the ongoing analysis of a twenty-fold-larger dataset taken in 2017, and it will begin taking data again in mid-April for a record number of 218 days. If all goes to plan, the collaboration should be able to measure the branching fraction of the decay with a small enough uncertainty to make a precise test of the Standard Model.

Watch the webcast at 11am CEST today to find out more.