Explore CERN in the world of Minecraft 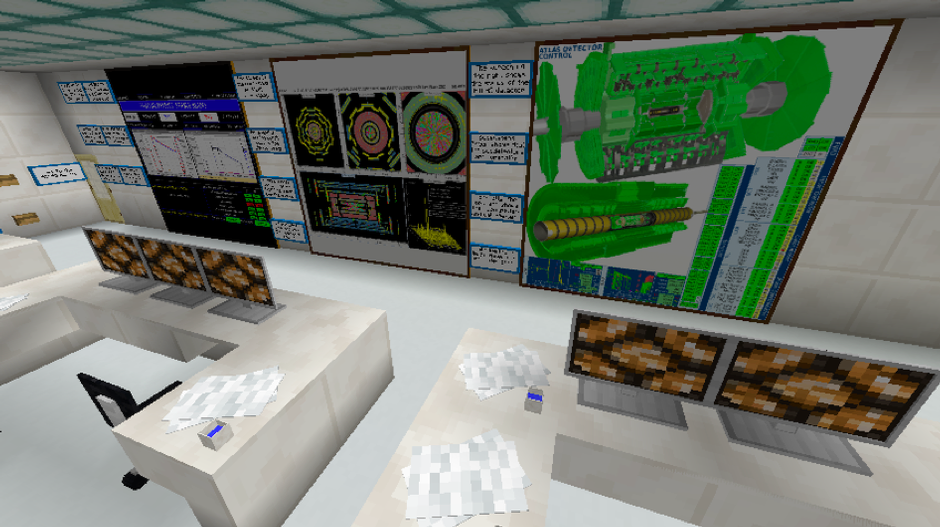 Now you can discover CERN and the ATLAS detector in incredible detail on the gaming platform Minecraft, through ATLAScraft, launched today.

The virtual world recreates the Laboratory using Minecraft’s signature 3D blocks, in an interactive museum and map that includes striking images accompanied by detailed explanations and mini-games to explore the world of particle physics.

The centrepiece of the game is a stunning scale model of the ATLAS experiment, complete with underground service caverns and tunnels for the Large Hadron Collider (LHC). Players can slice open the experiment to reveal layers of subdetectors, watch particles meet at the ATLAS collision point, and play minigames that explain how each subdetector works.

This virtual world was created by UK secondary school students together with ATLAS physicists, in a project funded by the UK’s Science and Technology Facilities Council (STFC) and the ATLAS Experiment. With the help of experts, the students became the teachers in ATLAScraft, turning their new knowledge of the detector and particle physics into engaging activities for players.