Former ATLAS Experiment spokesperson, Fabiola Gianotti, is among the 26 scientists appointed to the UN Secretary-General’s Scientific Advisory Board 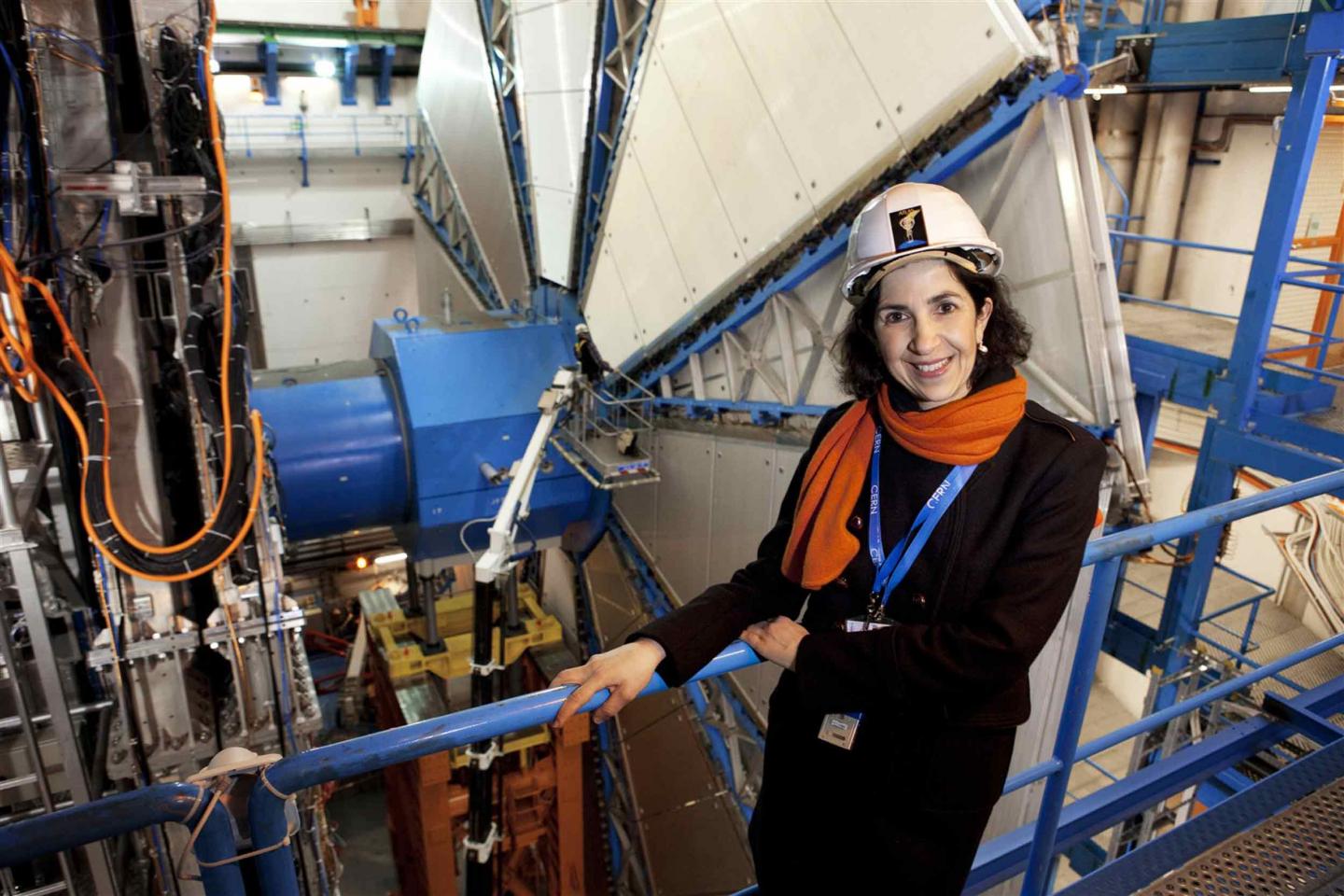 Fabiola Gianotti, ATLAS spokesperson from 2009 to early 2013, in front of the ATLAS detector. (Image: Claudia Marcelloni/CERN)

CERN physicist and former spokesperson for the ATLAS Experiment, Fabiola Gianotti, is among the 26 scientists who have been appointed to the Scientific Advisory Board of the UN Secretary-General, Ban Ki-Moon.

"I am honoured to be on such a prestigious panel and glad that a particle physicist has been included in the board, as this recognises the importance of fundamental research. I hope we can contribute to finding ways for society to deploy innovation and progress in science and technology to the advantage of a better world," said Gianotti.

The Scientific Advisory Board was set up on the recommendation of a report – Resilient People, Resilient Planet: A Future Worth Choosing – published in January 2012 to "strengthen the interface between policy and science".

The board represents experts from technology and engineering to medicine and agricultural science. They will provide advice on science, technology and innovation for sustainable development to UN’s executive heads and Secretary-General. UNESCO will host the board’s secretariat.

Besides Gianotti, four other physicists have been appointed to the board: Susan Avery, president and director of the Woods Hole Oceanographic Institution, Vladimir Fortov, president of the Russian Academy of Sciences, and nuclear physicist Dong-Pil Min from Seoul National University.

"It brings together scientists of international stature and will serve as a global reference point to improve links between science and public policies," said UNESCO Director-General Irina Bokova.

The first meeting of the newly established board will take place at the start of 2014. The board members are appointed for two years with the possibility of renewal. The position is unpaid and the members are expected to "act in their personal capacity and will provide advice on a strictly independent basis".

Last December, the United Nations General Assembly granted CERN observer status, which allows CERN the right to participate in the work of the General Assembly and to attend its sessions as an observer.