Having docked with the International Space Station (ISS) on 25 August 2015, CALET is carrying out a full science programme 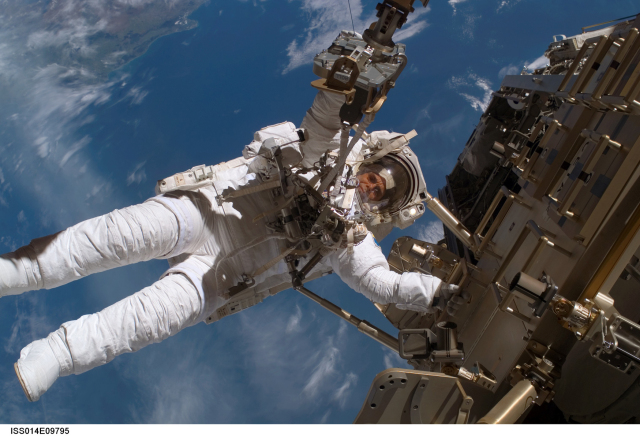 Having docked with the International Space Station (ISS) on 25 August 2015, CALET takes high-precision measurements of the electron energy spectrum from 1 GeV to 20 TeV to also hunt for signatures of dark matter and, through a special collaboration agreement with LIGO and Virgo, electromagnetic counterparts of gravitational waves.

The mission is led by the Japan Aerospace Exploration Agency with participation from the Italian Space Agency (ASI) and NASA. Before the telescope was launched, calibration measurements were conducted on a replica of the instrument at CERN’s H8 SPS beam line.

Read the full article in the latest CERN Courier.