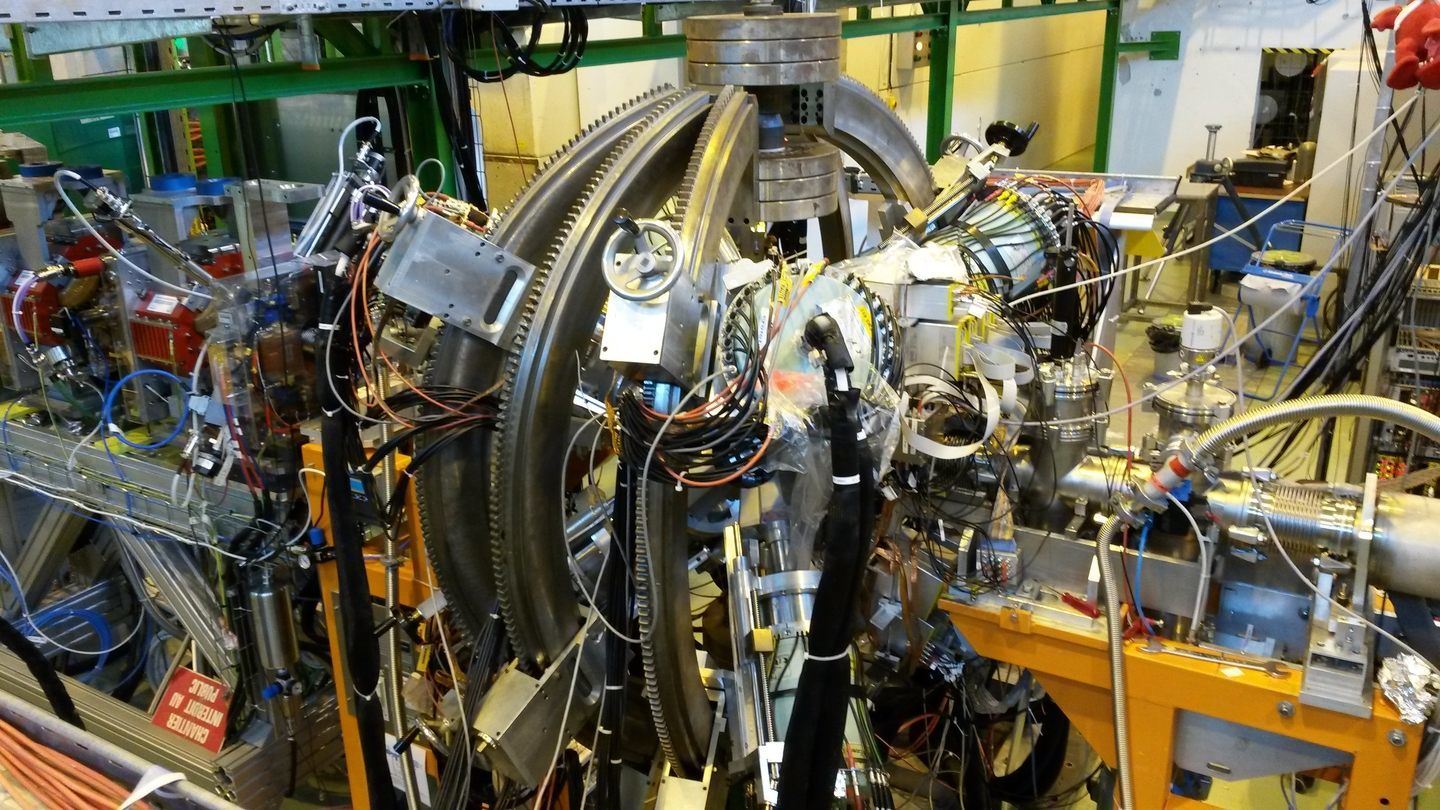 The upgrade means the machine can now reach an energy of 5.5MeV per nucleon (MeV/u.), making ISOLDE the only facility in the world capable of investigating nuclei from the middle to heavy end of this energy range.

The experiment is ready to go after the second of two cryomodules (containing the accelerating cavities)was installed – marking the end of the installation of phase one of HIE-ISOLDE.

The HIE-ISOLDE (High Intensity Energy-ISOLDE) Project is a major upgrade of the ISOLDE facility, which will increase the energy, intensity and quality of the beams delivered to scientists.

“It’s a major breakthrough. This is the result of eight years of development and manufacturing. This would not have been possible without the dedication of the technical staff at CERN. But what makes us most proud isn’t that we built a machine, but that we have attracted enthusiastic users to do forefront physics. We are looking forward to this exciting high intensity period,” says Yacine Kadi , leader of the HIE-ISOLDE project.

This is the second physics run of the project (the first radioactive beam was run on 22 October 2015) but then the machine only had one cryomodule and was capable of running at an energy of just 4.3MeV/u.

Now, with the second cryostat coupled on, the machine is capable of reaching up to 5.5 MeV/u and can investigate the structure of heavier isotopes.

“It is a universal machine that can accelerate and investigate all nuclei from mass number 6 to mass 224 or more and at variable energies,” explains Maria Borge, leader of the ISOLDE group. “This year we’re investigating nuclei with mass number from 9 to 142 – these experiments can only be done at this moment at ISOLDE. At CERN.”

HIE-ISOLDE will be capable of investigating nuclei of all masses when the additional two cryomodules are installed in 2018, as the machine will be able to accelerating them up to energies of 10MeV/u.

The further upgrades mean that, while ISOLDE can currently collect information about the collective properties of isotopes, eventually researchers will be able to use the machine at higher intensities to investigate the properties of individual particles. This can be done at the moment for lower masses, but has never been done before for heavier isotopes.

“The community has grown a lot recently, as people are attracted by the possibilities new higher energies bring. It’s a energy domain that’s not explored much, since no other facility in world can deliver pure beams at these energies,” Borge says.

HIE-ISOLDE will run from now until mid-November. All but one of the seven different experiments planned during this time will use the Miniball detection station. The first experiment will investigate Tin, a special element with two double magic isotopes.