Has the magic gone from Calcium-52? 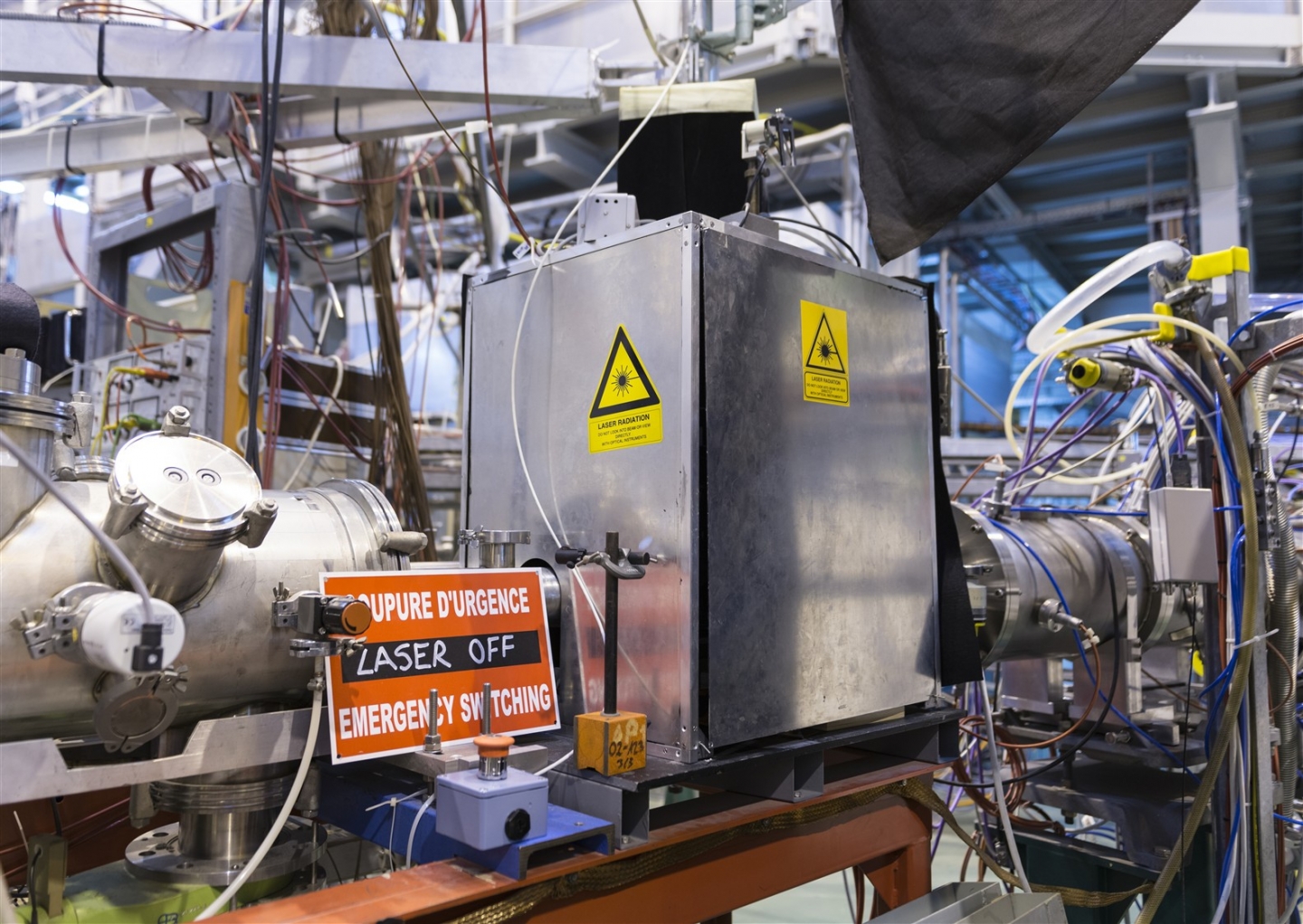 The laser launch stations at COLLAPS at the ISOLDE facility where the new discovery was made. (Image: Samuel Morier-Genoud/CERN)

For the first time scientists have measured the radius of a calcium nucleus with 32 neutrons – indicating that nuclear physics theories don’t describe atomic nuclei as well as previously thought.

The study, conducted by CERN scientists at the ISOLDE facility and published in the latest issue of the journal Nature Physics, aimed to understand whether calcium has more than two magic numbers.

Magic numbers appear in nuclei when they have the right number of protons and neutrons to make them particularly strongly bound. This in turn has an influence on their nuclear charge radii.

Previous indications suggested that 52Ca, an isotope with 20 protons and 32 neutrons, is doubly-magic, having magic numbers of both protons and neutrons. To test this, the team of researchers set out to measure how the radii of calcium isotopes change as neutrons are added. Calcium with the magic proton number 20 already has two doubly-magic isotopes when it also has 20 or 28 neutrons. Scientists found evidence that other doubly-magic isotopes might exist for 32 and 34 neutrons.

“The previously known doubly-magic isotopes, 40Ca and 48Ca, have similar and smaller charge radii than their neighbours because they are particularly strongly bound. When we measured charge radii for larger neutron numbers they kept growing. Based on observations from other doubly-magic nuclei, we would have expected a relative drop in the charge radius if 52Ca were doubly-magic, too. However, it increases as other non-magic nuclei in this region of the nuclear chart,” explains Ronald Fernando Garcia Ruiz, the lead researcher on the project.

Several nuclear models had already computed what would happen, but none predicted the radius growing as much as the experiment found. First-principles computations using state-of-the-art nuclear interactions and the supercomputer Titan at Oak Ridge National Laboratory in the US reproduced the similarity of the charge radii for 40,48Ca, and showed an increase of radii beyond 48Ca. However, to understand the unexpectedly large difference between the charge radii of 52Ca and 48Ca still poses a theoretical challenge.

“Theory before this was happy, because it described other aspects of neutron-rich calcium isotopes. But all of the theoretical models employed underestimated this growth in charge radii. We’ve shown there are missing components in our knowledge,” says Garcia Ruiz.

The ISOLDE researchers used lasers to measure how the electrons surrounding the nucleus shifted in energy depending on the neutron number of the calcium isotope.  The amount of shift, combined with their understanding of electromagnetic forces, enabled them to determine the charge radius of the nucleus.

Since the shift from one isotope to the next is so tiny the study was only able to show the change in nucleus radius by using high-resolution techniques.

The study, at the COLLAPS installation at ISOLDE, was able to measure this to very high precision and sensitivity: one of the highest ever reached with optical detection techniques.

The team are now developing a higher sensitivity technique that will allow them to extend their research to study the radii of calcium nuclei beyond 52Ca, to 53,54Ca.