ISOLDE peers into the world of DNA 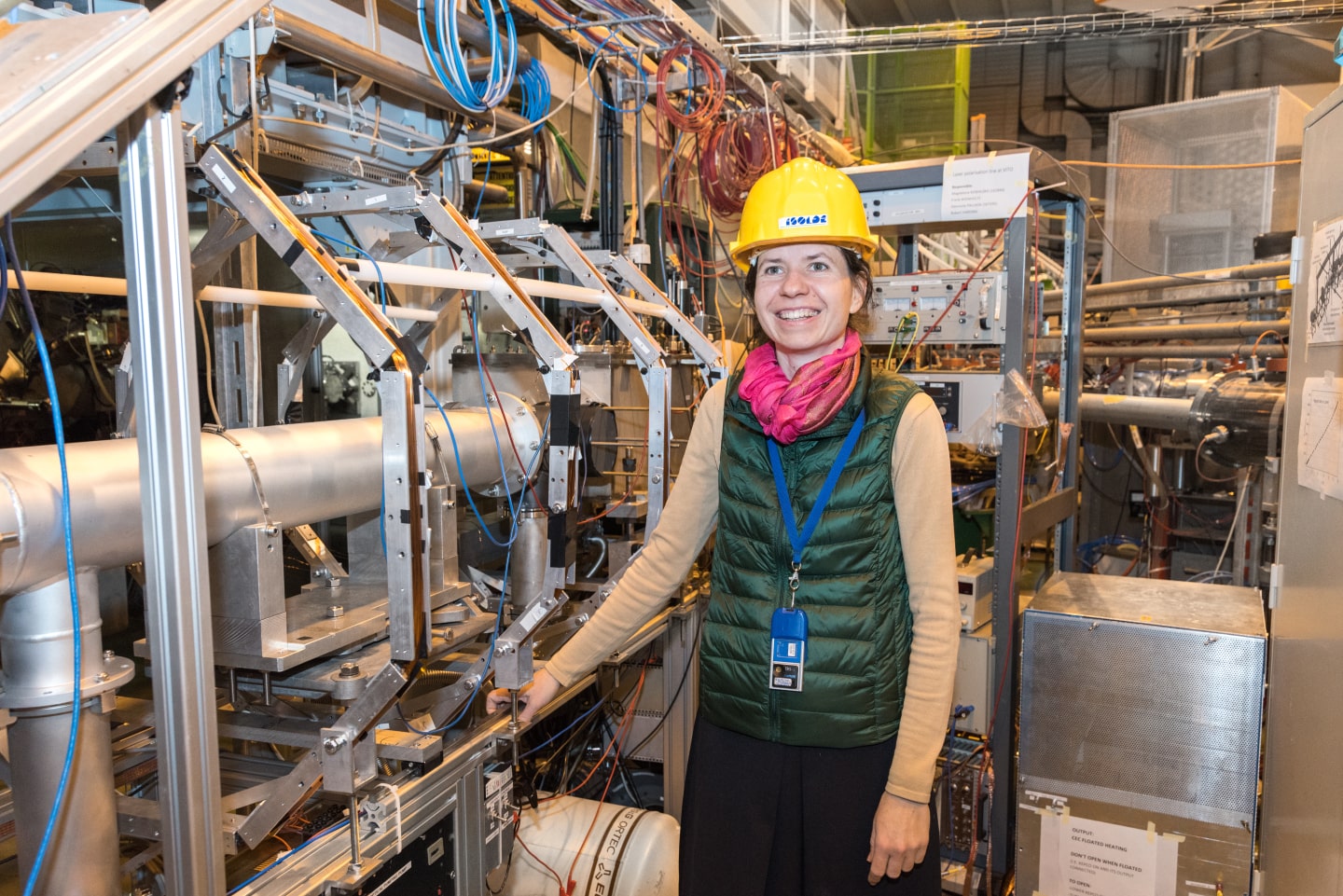 Though known for particle physics, CERN’s facilities also dip their toes into other fields. For example, researchers at CERN’s nuclear physics facility, ISOLDE, have been investigating DNA molecules. The researchers have applied an ultrasensitive variant of nuclear magnetic resonance (NMR) spectroscopy, called beta-NMR, to these molecules in both solid and cell-like liquid environments. Beta-NMR has been used widely to study exotic nuclei and solid materials, but this is the first time the technique has been applied to biological matter.

The data, recorded in May, show that the NMR signal produced by a sodium isotope changes and disappears much more slowly in the presence of DNA than without it. This points to the expected interaction between this vital element and DNA. Future work should shed more light on this interaction and uncover the binding site of sodium in the DNA.

NMR spectroscopy is one of the go-to techniques for visualising the structure of biological molecules, such as proteins and DNA, and their interaction with essential metal ions such as sodium and potassium. It does so by placing a few micrograms of a sample of biological molecules in a strong magnetic field and analysing how the magnetic nuclei within the sample absorb radio waves. The magnetic field causes these nuclei, or spins, to line up either parallel or antiparallel to the magnetic field, and the radio waves cause the spins to change between different spin directions. The radio frequency that triggers this change depends on the strength of the magnetic field and the identity and environment of the atoms of the nuclei. The spin flip, or NMR signal, is detected through the electric current it induces in a radiofrequency coil.

However, the technique is relatively insensitive; to produce a useful NMR signal, it requires a large number of magnetic nuclei. By contrast, beta-NMR spectroscopy requires far fewer magnetic nuclei inside the sample. In this variant of NMR, which is up to a billion times more sensitive than conventional NMR, the magnetic nuclei can be neatly oriented using lasers and the NMR signal is detected through the emission of beta particles (electrons or positrons) from magnetic short-lived nuclei that are implanted into the sample.

In their study, the ISOLDE researchers, led by Magdalena Kowalska, took short-lived sodium ions produced at the ISOLDE facility, placed them into samples containing DNA molecules – both solid and cell-like liquid samples – and applied the beta-NMR technique. They studied DNA G-quadruplex structures, which are a variation of the well-known double-helix structure.

The researchers found that the NMR signal emitted by sodium disappears much more slowly, on a timescale of the order of a second, when DNA G-quadruplex structures are present in the samples. The result is in agreement with classical NMR studies on other DNA structures, which showed that the same can happen when “free” sodium moves towards DNA. Future work involving a detailed comparison between the NMR spectra and chemical calculations is expected to reveal the location of sodium in the DNA samples.

In the long run, the researchers also hope to use other isotopes, such as copper and zinc, which, for reasons that are not yet fully clear, tend to be found in large and small quantities respectively, in the brains of patients with Alzheimer’s or Parkinson’s disease.