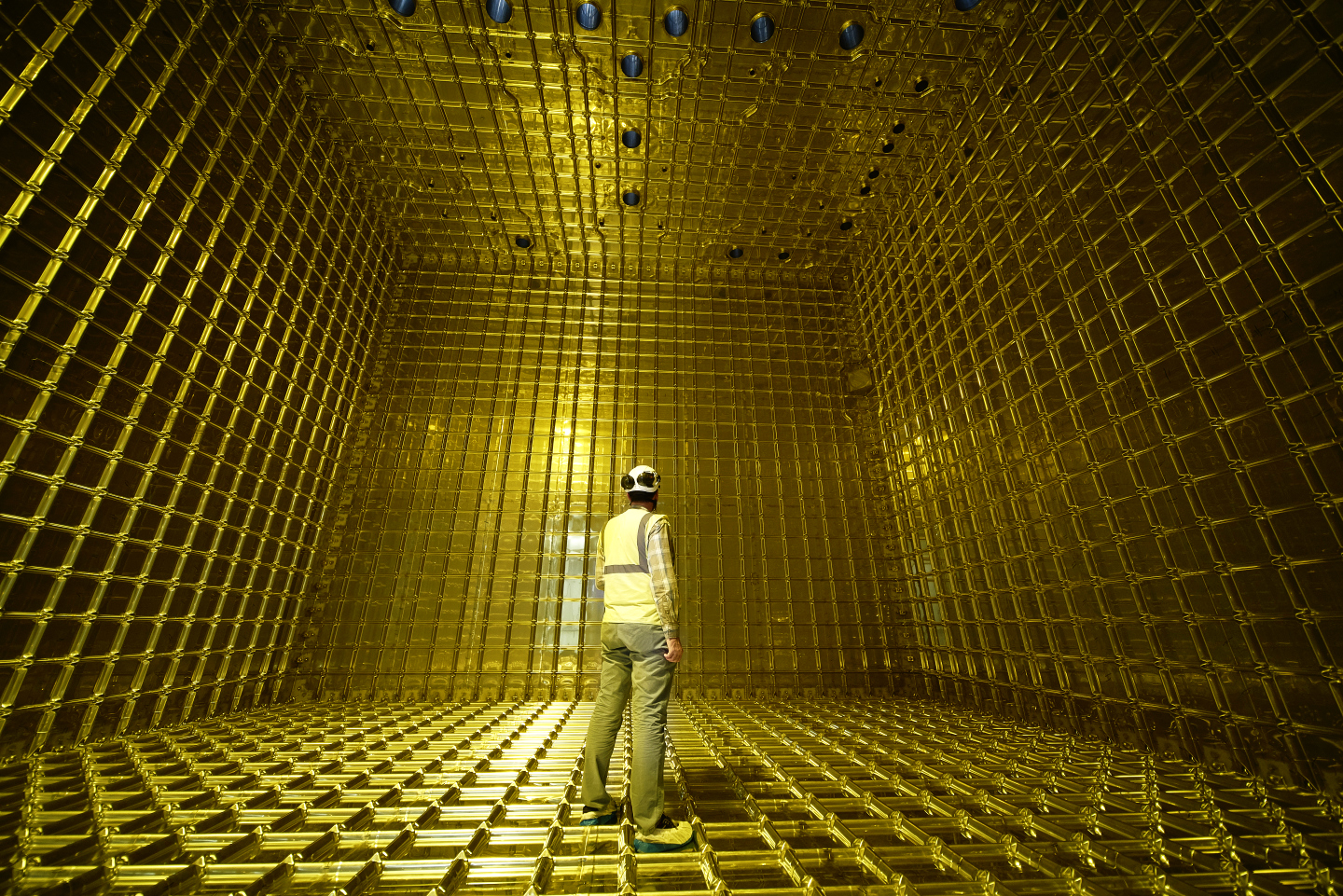 Inside one of the protoDUNE detectors, currently under construction at CERN (Image: Max Brice/CERN)

A new duo is living in CERN’s test beam area. On the outside, they look like a pair of Rubik’s Cubes that rubbed a magic lamp and transformed into castle turrets. But on the inside, they’ve got the glamour of a disco ball.

“Learning more about neutrinos could help us better understand how the early Universe evolved and why the world is made of matter and not antimatter,” said Stefania Bordoni, a CERN researcher working on neutrino detector development.

These DUNE prototypes are testing two variations of a detection technique first developed by Nobel laureate Carlo Rubbia. Each cube is a chilled thermos that will hold approximately 800 tonnes of liquid argon. When a neutrino bumps into an atom of argon, it will release a flash of light and a cascade of electrons, which will glide through the electrically charged chamber to detectors lining the walls.

Inside their reinforced walls sits a liquid-tight metallic balloon, which can expand and contract to accommodate the changing volume of the argon as it cools from a gas to a liquid.

Even though theses cubes are huge, they are mere miniature models of the final detectors, which will be 20 times larger and together hold a total of 72 000 tonnes of liquid argon.

In the coming months, these prototypes will be cooled down so that their testing can begin using a dedicated beam line at CERN’s SPS accelerator complex.