A new ion trap has been integrated into ISOLTRAP, the ISOLDE experiment that measures the mass of short-lived nuclides 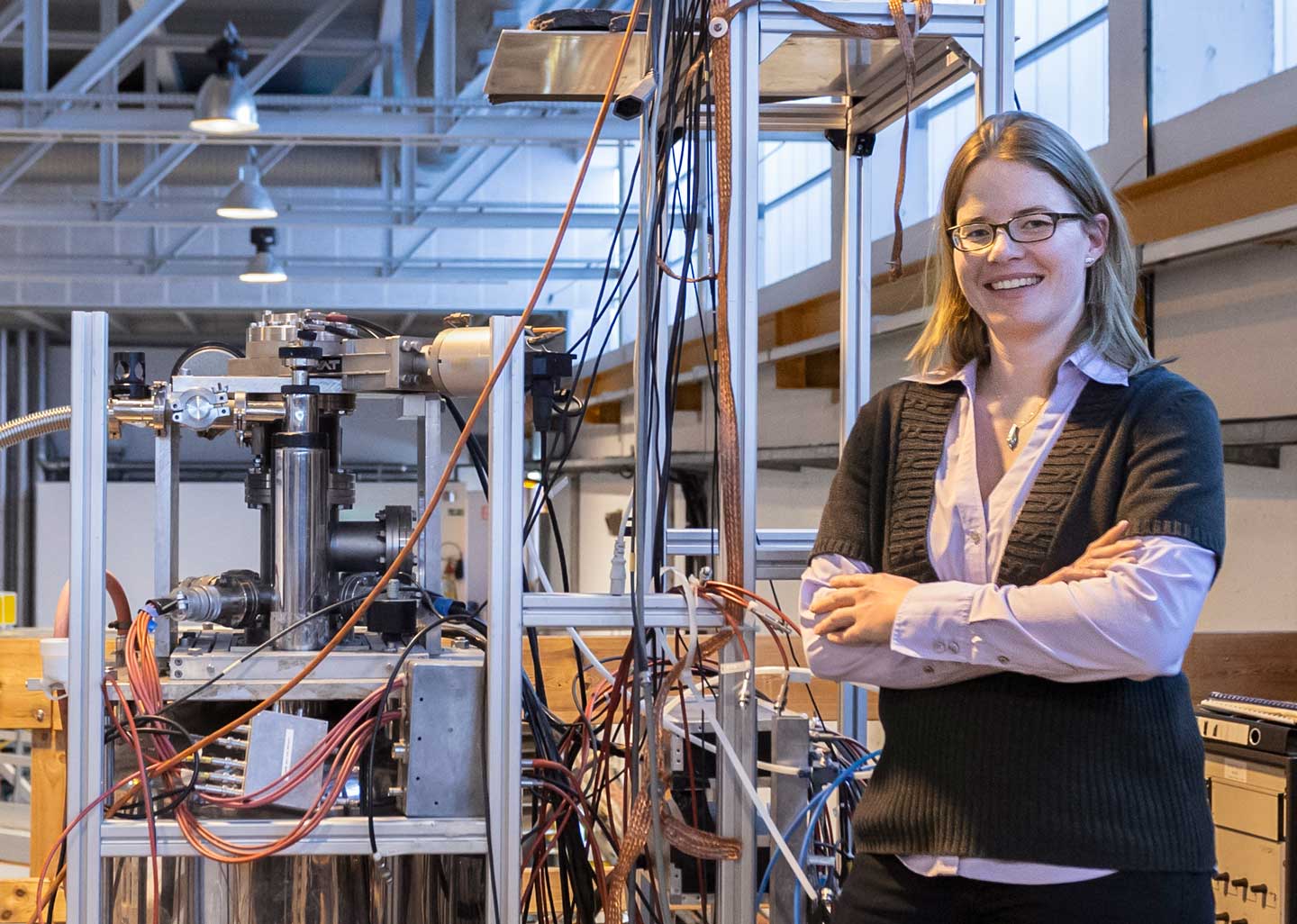 When mass measurement experiments like ISOLTRAP are placed in an on-line radioactive ion-beam facility they face a major challenge: the efficient and fast transfer of the nuclide of interest to the location where the mass measurement is performed. The biggest yield of one selected nuclide, without contaminants, needs to be transferred to the set-up as quickly as possible in order to measure its mass with the greatest precision. Recently, the ISOLTRAP collaboration installed a new device that provides a faster separation of isobars. It has significantly improved ISOLTRAP’s purification speed and given access to more exotic species.

“The multi-reflection time-of-flight mass separator (MR-ToF MS) is a valuable addition to the ISOLTRAP set-up,” says CERN fellow and ISOLTRAP local group leader Susanne Kreim. “Measurements on nuclides with half-lives well below the minimum length of a measurement cycle are hampered due to losses by decay. The MR-ToF MS now provides a much faster separation of the isobars and overcomes this half-life limitation.”

“The MR-ToF MS separates the isobars from the ISOLDE beam using electrostatic ion mirrors to prolong their flight path,” says Robert Wolf, a PhD student from the University of Greifswald, Germany, where the newest ISOLTRAP section was constructed and built. His Greifswald colleague Frank Wienholtz, also a PhD student, says: “As the isobars’ velocities depend on their masses, a long flight path is needed to separate the sought-after ion from other ions with slight mass differences. Thanks to the mirrors, the ion trajectories can be thousands of times longer than the length of this table-top device. During recent tests on the device performance, we made the ions travel 34 kilometres! This is longer than a single spin in the LHC ring, but our device is just one metre long.”

More recently, the ISOLTRAP collaboration integrated an ion detector behind the MR-ToF mass analyzer to use it as a spectrometer. Measuring masses with huge precision, it reaches new exotic species and considerably enhances ISOLTRAP’s mass measurement capability. “Currently, the MR-ToF MS is the only such device installed in an on-line facility, which was already able to determine the previously unknown mass of the ion with yields as low as a few ions per minute and half-lives below 50 ms,” says Kreim.

With the MR-ToF MS, the ISOLTRAP experiment will have access to yet undiscovered nuclei at the outskirts of the nuclear chart. More than just improving ISOLTRAP’s performance, it opens up the possibility of investigating the limit of nuclear stability, the so-called “dripline”, where the nuclear force is no longer strong enough to keep protons and neutrons bound in a nucleus.