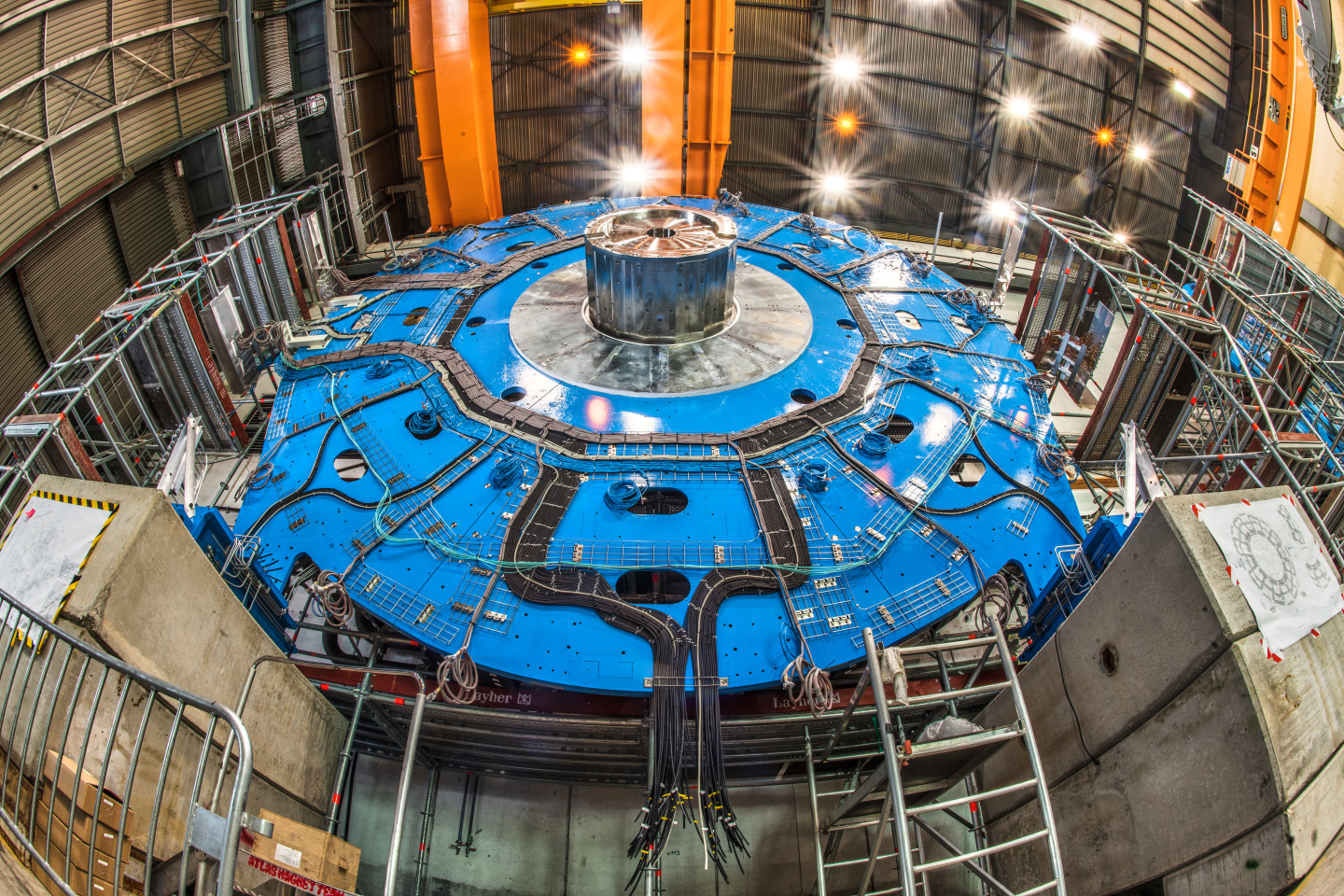 The mechanical structure of the New Small Wheel (Image: CERN)

To continue exploring the frontiers of particle physics following the discovery of the Higgs boson, the LHC experiments are preparing to enter a new era: a major upgrade to the LHC, known as the High-Luminosity LHC, is scheduled to come online in 2026. It will increase the luminosity of the collider, delivering more collisions and allowing the experiments to probe phenomena that are even rarer in nature.

At these higher collision rates, the detectors will see a larger number of particles flying through them than at present. Indeed, at the HL-LHC, the trigger rates for single muons in the ATLAS detector will go beyond what can be handled by the present equipment. Brand new components — from chambers for particle detection to complex support structures, services and new electronics — will prepare the detector to meet the demands of research at the high-luminosity frontier.

The ATLAS collaboration has taken a major step towards preparations for this phase with the completion of the two mechanical support discs for its New Small Wheel (NSW) upgrade, which were unveiled recently in Building 191 when the scaffolding used during their assembly was removed. This upgrade project targets completion over the course of the second Long Shutdown of the LHC, in 2019 and 2020.

This was a milestone for the NSW project, which involves the replacement of the innermost sections of the ATLAS end-cap muon-detection system. The newly unveiled mechanical structures will support the full system, which will weigh over 100 tonnes. Not only will this mechanical structure support the particle detector chambers, it will also provide both radiation shielding and the flux return for the ATLAS solenoid.

Furthermore, new detector technologies will be installed, namely the Micromegas chambers and the Small Strip Thin Gap Chambers (STGC). These detectors are being built in institutes all over the world — in five different countries for each — and will be mounted on the wheels at CERN before being lowered into the ATLAS cavern. The two wheels, resembling a pie-shaped object, will then be placed on both side A and side C of the ATLAS detector.

“One of the biggest achievements — and what surprises me again and again in this project — is how so many activities from different countries around the world have been brought together seamlessly at CERN,” says Stephanie Zimmermann, project leader for the NSW upgrade of ATLAS.

The New Small Wheels will allow much more stringent selection criteria for muons and provide new detector technology to handle the high backgrounds and high pile-up rates — the two main requirements for the High-Luminosity LHC.

Meet Jamie, a Mechanical Engineering Technician at CERN who's working on the ATLAS experiment.