New source of asymmetry between matter and antimatter 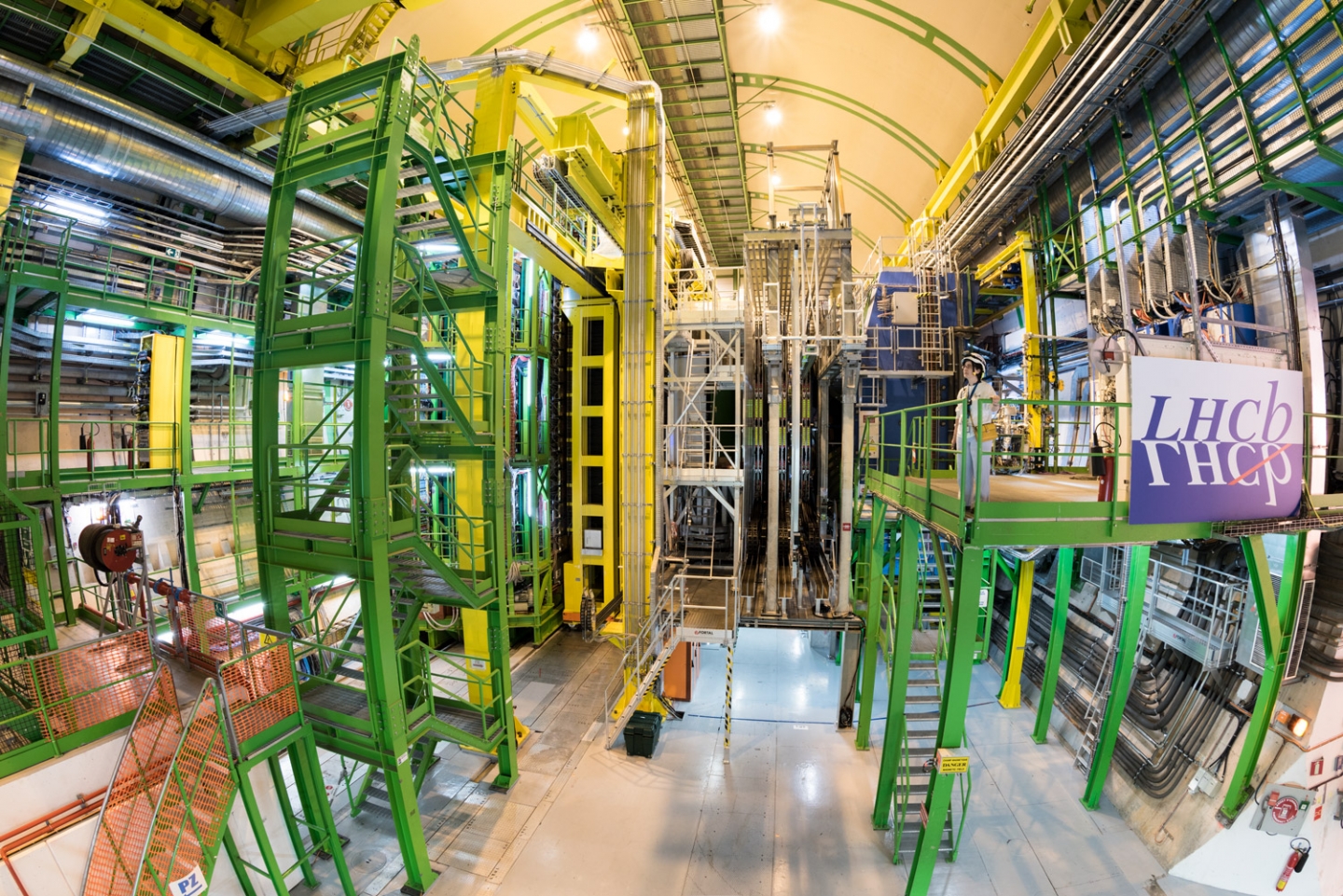 A view of the LHCb experimental cavern (Image: Maximilien Brice/CERN)

The LHCb experiment has found hints of what could be a new piece of the jigsaw puzzle of the missing antimatter in our universe. They have found tantalising evidence of a phenomenon dubbed charge-parity (CP) violation in particles known as baryons – a family of particles whose best-known members are the protons and neutrons that make up all the matter in the universe.

The idea that the baryons made of matter behave exactly like their antimatter counterparts is related to the idea of CP symmetry. Any violation of this symmetry would imply that the laws of physics are not the same for matter and antimatter particles.

This is important because a detailed understanding of how this symmetry is violated in nature can contribute to explaining the overwhelming excess of matter over antimatter observed in our universe, despite the fact that the Big Bang should have created equal amounts of matter and antimatter in the first place.

The Standard Model (SM) of particle physics predicts that a tiny amount of CP violation exists also in the baryon sector. Although CP-violating processes have been studied for over 50 years, no significant effects had been seen with baryonic particles. Moreover, CP violation as described in the SM is not large enough to account for the much larger matter-antimatter unbalance. Therefore, other CP violation sources must contribute, and one of the main goals of LHCb is precisely to search for new sources of CP violation.

The new LHCb result is based on an analysis of data collected during the first three years of the Large Hadron Collider (LHC) operations. Among all the possible short-living particles created as a result of a proton-proton collision, the collaboration compared the behavior of the Λb0 baryon and its antimatter counterpart, Λb0-bar, when they decay into a proton (or antiproton) and three charged particles called pions. This process is extremely rare and has never previously been observed. The high production rate of these baryons at the LHC and the specialised capabilities of the LHCb detector allowed the collaboration to collect a pure sample of around 6000 such decays.

The LHCb collaboration compared the distribution of the four decay products of the Λb0and Λb0-bar baryons and computed specific quantities that are sensitive to the CP symmetry. Any significant difference, or asymmetry, between such quantities for the matter and antimatter cases would be a manifestation of CP violation.

The LHCb data revealed a significant level of asymmetries in those CP-violation-sensitive quantities for the Λb0and Λb0-bar baryon decays, with differences in some cases as large as 20%.

Overall, the statistical significance – which is how physicists refer to the probability that this result hasn’t occurred by chance – is at the level of 3.3 standard deviations, and a discovery is claimed when this value reaches 5 standard deviations. These results, published today in Nature Physics, will soon be updated with the larger data set collected so far during the second run of the LHC. If this earlier evidence for CP violation is seen again with greater significance in the larger sample, the result will be an important milestone in the study of CP violation.