Next piece of puzzle arrives for ProtoDUNE 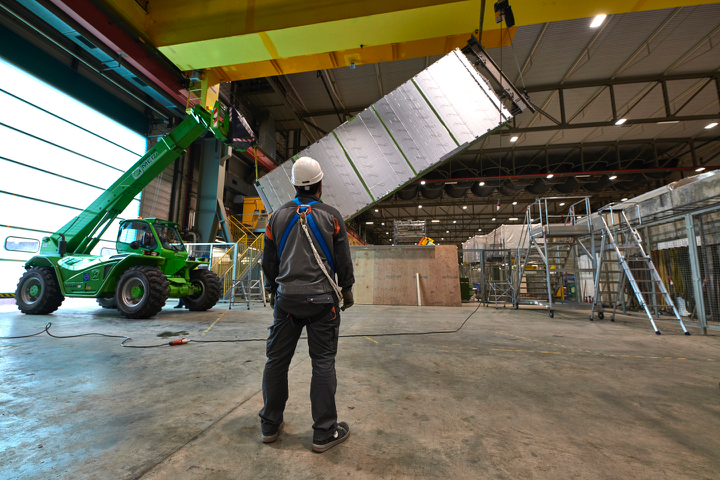 These detectors are prototypes for the US-based Deep Underground Neutrino Experiment (DUNE), which will study the differences between neutrinos and anti-neutrinos to help understand how the Universe came to be made up of matter.

The APAs are large rectangular steel frames covered with approximately 4000 wires and will be used to read the signal from particle tracks generated inside the liquid-argon detector.

Many more components for the detector are being built around the world and some, such as this APA, are arriving at CERN to be installed in protoDUNE.

Read more about the Dune detectors in Symmetry magazine.

First particle tracks seen in prototype for i...