Odd gluon compounds may be lurking in protons 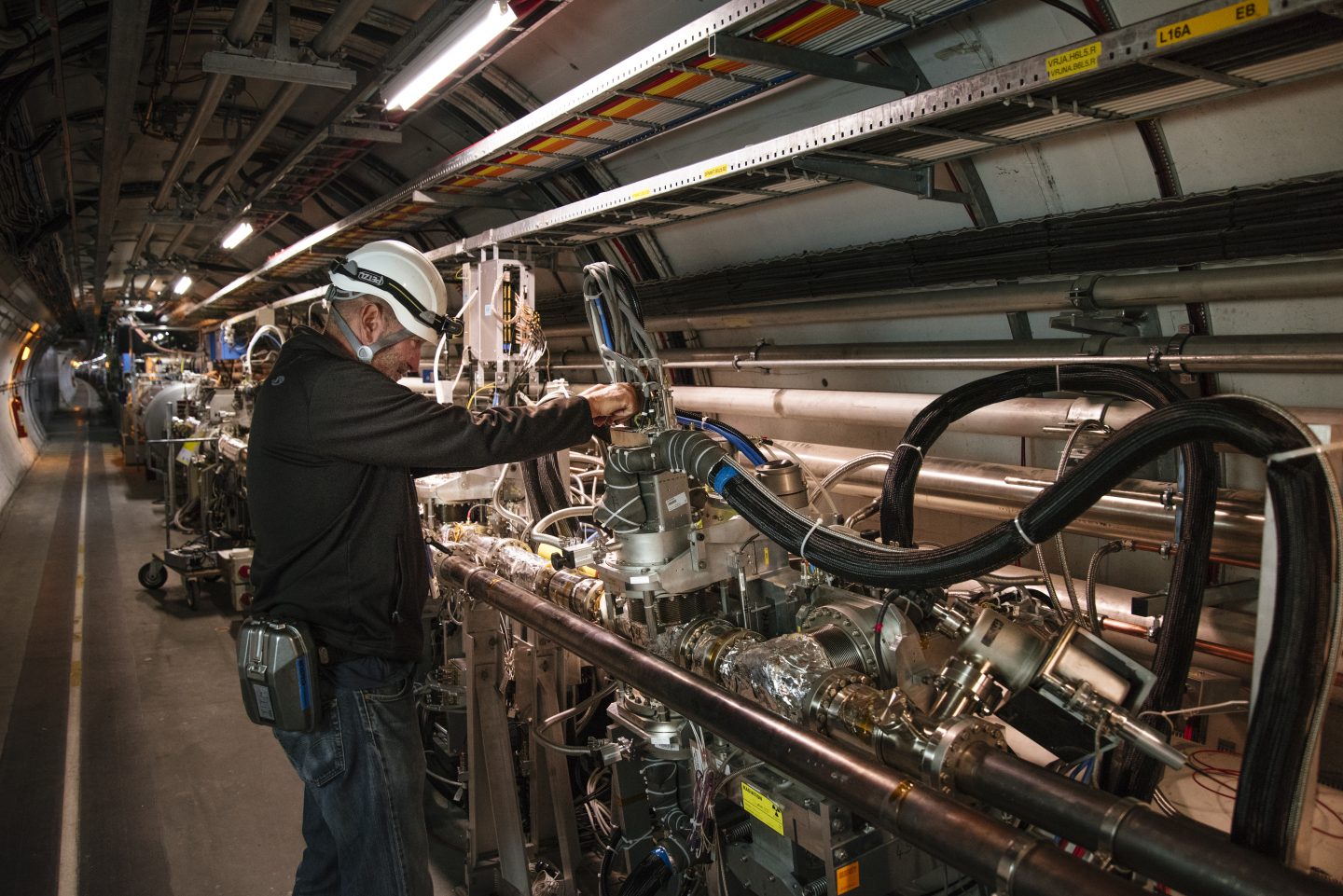 The TOTEM experiment studies protons that stay intact after collisions in the LHC. (Image: Maximilien Brice/CERN)

Protons are known to contain quarks and gluons. But are gluons behaving as expected?

Scientists from the TOTEM (Total, elastic and diffractive cross-section measurement) collaboration may have found indirect evidence of a subatomic gluon-compound in proton-proton collisions. First theorised in the 1970s, such a state, then dubbed “Odderon”, consists of an odd number of gluons.

Usually, the protons that collide in the LHC shatter and create new particles. Sometimes though, in about 25 percent of the time, they survive the encounter intact. Instead of breaking in pieces, they only change their direction and emerge from the detector at very small angles to the beampipe – their deviation at a 200-metre distance is in the order of one millimetre. This kind of interaction is called “elastic scattering” and it is the specialty of TOTEM, CERN’s longest experiment. To be able to detect the survived protons, its detectors are spread across almost half a kilometre around the CMS interaction point.

The quarks in the proton are bound by gluons, the carriers of the strong force. Physicists have successfully explained elastic scattering at low-momentum transfer and high energies with the exchange of a “Pomeron”, which in modern language is a state of two teamed-up gluons.

TOTEM precisely measured the elastic-scattering process at 13 TeV to extract the total probability for proton-proton collisions as well as the so-called rho parameter that helps to explain the difference in proton-proton and antiproton-proton scattering.

Combining these two measurements, TOTEM finds better agreement with theoretical models that indicate the exchange of three aggregated gluons. Although this exchange has been predicted by Quantum Chromodynamics (QCD) theory back in the 1980s, no experimental evidence had been presented to date.

The measurements also hint towards a slow-down of the total probability of scattering with energy. While somewhat expected at the very highest energy, there has been no indication of such an effect in previous data.

"These measurements explore for the first time the behaviour of protons in elastic interactions at the highest energy of 13 TeV. These results obtained with a record precision were made possible by the excellent performance of the TOTEM detectors and the exceptional capabilities of the Large Hadron Collider,” observed Simone Giani, the TOTEM spokesperson.

If three gluons really were to form a compound, it should appear in other scattering experiments. Physicists are hence looking forward to dedicated experiments to establish whether such a compound is actually being formed. In order to further explore and confirm the theoretical interpretations, a special LHC proton run at an energy of 900 GeV is planned to take place in 2018 to collect more data and it will involve also other LHC experiments.