In particular: A new podcast from ATLAS 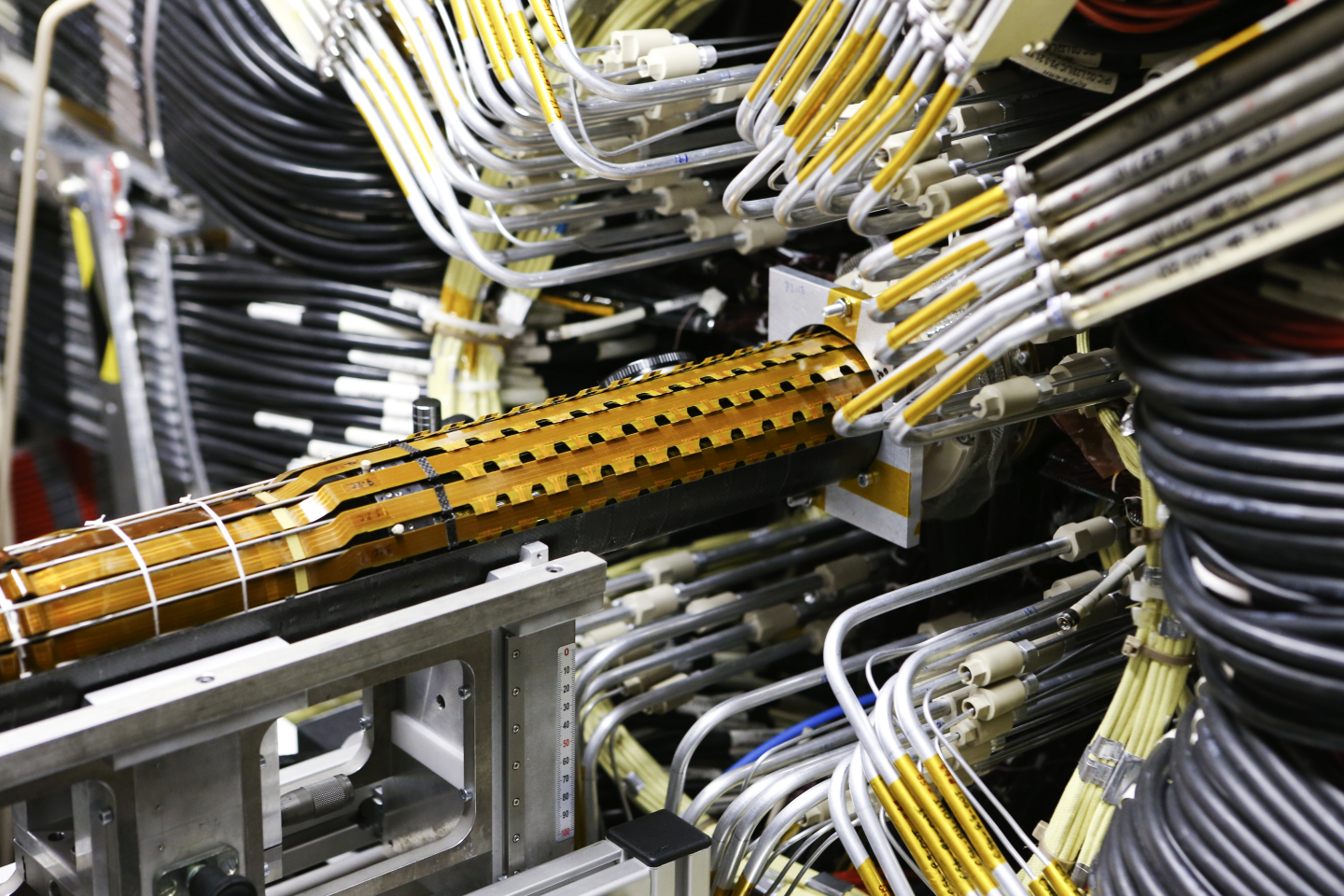 In Particular, a new podcast from particle physicists Tova Holmes and Laura Jeanty, brings you right to the heart of the ATLAS collaboration at CERN.

Through interviews with researchers from all over the world, the podcast takes a very human look at what it's like to be a particle physicist, giving listeners a feel for what is it actually like to do science day to day in a large collaboration.

The hosts, who both work on ATLAS projects at CERN with the Lawrence Berkeley National Laboratory in the US, met while they both studied at Harvard, and these days sit next to each other at work. They are joined on the podcast by Zachary Marshall, also from Berkeley, and Larry Lee, from the University of Adelaide.

"A lot of the time, talk with our colleagues is about the everyday details of our work, and isn't necessarily related to why we got into it in the first place," says Jeanty, whose work focuses on two subdetectors on the ATLAS experiment: The pixel detector, and the Insertable B-Layer (IBL). "For me, doing the podcast is a fun way of exploring the more exciting and more human aspects of our work."

"It's occasionally something you might be afraid to do – to talk about the feelings you have about the work we do," says Holmes, who is conducting a supersymmetry analysis on ATLAS data. "Having a podcast is almost an excuse – it makes it easier to ask people those questions."

The first episode of In particular covers what ATLAS physicists, as people, would most like to see in new data from Run 2 of the Large Hadron Collider (LHC). The second explores how this collaboration prepared their experiment for the LHC's run at 13 teraelectronvolts (TeV). With many more episodes planned, and interviews dusted for at least the next three, there's plenty more to listen to.

Check out the podcast over at inparticular.web.cern.ch