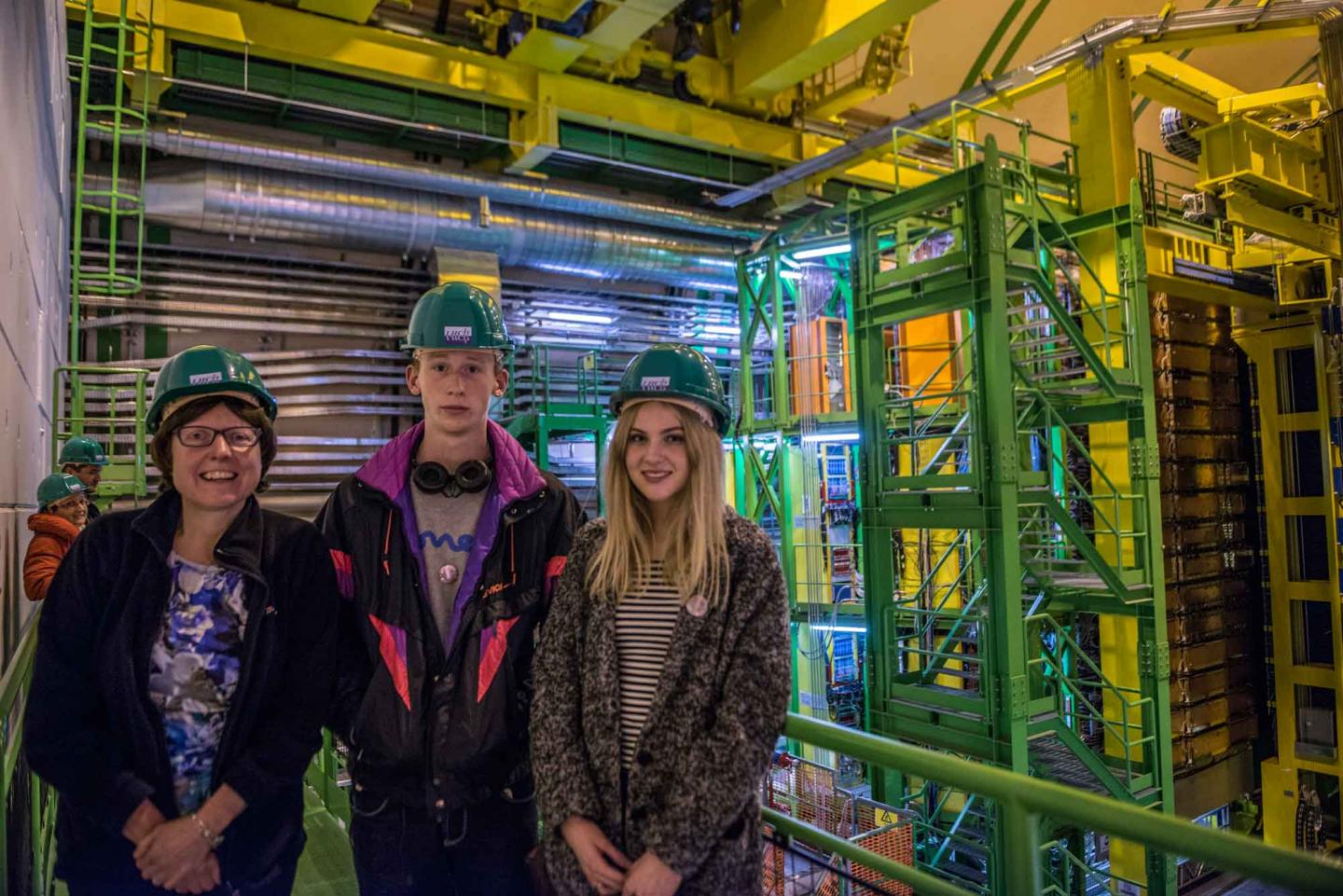 The principal investigator for any institute joining an experimental collaboration is generally a self-assured researcher with evident leadership skills and an in-depth knowledge of their subject gained over many years. Katherine Evans fits the brief in every respect, except that she is 17 years old and her research institute is the Langton Star Centre, based at the Simon Langton Grammar School for Boys. The school has just joined the MoEDAL experiment.

MoEDAL, the latest experiment at the Large Hadron Collider (LHC) has detectors located close to the interaction point of the LHCb experiment. It is designed to search for the highly ionizing avatars of new physics at the LHC, specifically the magnetic monopole or dyon and other highly ionizing stable massive particles from a number of scenarios beyond the Standard Model. MoEDAL was approved in 2010 and is due to start taking data in Spring 2015.

One of the key physics motivations for the MoEDAL experiment is the search for the electroweak monopole, whose mass has recently been estimated to be within the reach of the LHC. "Of all the exotic particles, monopoles are thought to be the most likely," says Richard Soluk, a MoEDAL physicist from the University of Alberta. "The maths looks better if they exist!"

By CERN standards, MoEDAL is a small collaboration and this makes the involvement of a school even more notable. But Langton takes a very different approach to science, encouraging its students to participate in fundamental research alongside established research institutes and universities.

Katherine Evans is leading the project for Langton. "We only started the project in September 2013," she says. "There are about 25 of us and we meet twice a week to work on MoEDAL. People read up on topics outside the group meetings."

The school has been working with Timepix chips on a variety of projects for some time and, says Katherine, “some people at school know the chip inside out.” It’s this knowledge of Timepix, and specifically using it to monitor radiation, that interested MoEDAL.

James Pinfold, spokesperson for the MoEDAL collaboration, says, “The TimePix pixel device system is key to the measurement, and our understanding, of the radiation background that the MoEDAL experiment will encounter at the LHC. The Langton Star Centre’s experience with the TimePix device will be invaluable to the MoEDAL effort. I am thrilled that we have had this chance to directly involve young school students and their teachers in the excitement and importance of fundamental research. Also, I think this involvement is a first for high-energy physics”

The opportunity to be involved in fundamental research, whether it is looking for exotic physics beyond the Standard Model or producing a UK map of background radiation levels, undoubtedly inspires the students: 1% of the current cohort of UK physics undergraduates came from Langton. "Physics isn’t just something I learn in the classroom," says Katherine. "This project has made me more passionate about the subject. I’m planning to study physics at university and I hope I can stay involved in MoEDAL."