For Halloween meet CERN’s very own WITCH experiment at ISOLDE, as it nears the end of its data analysis 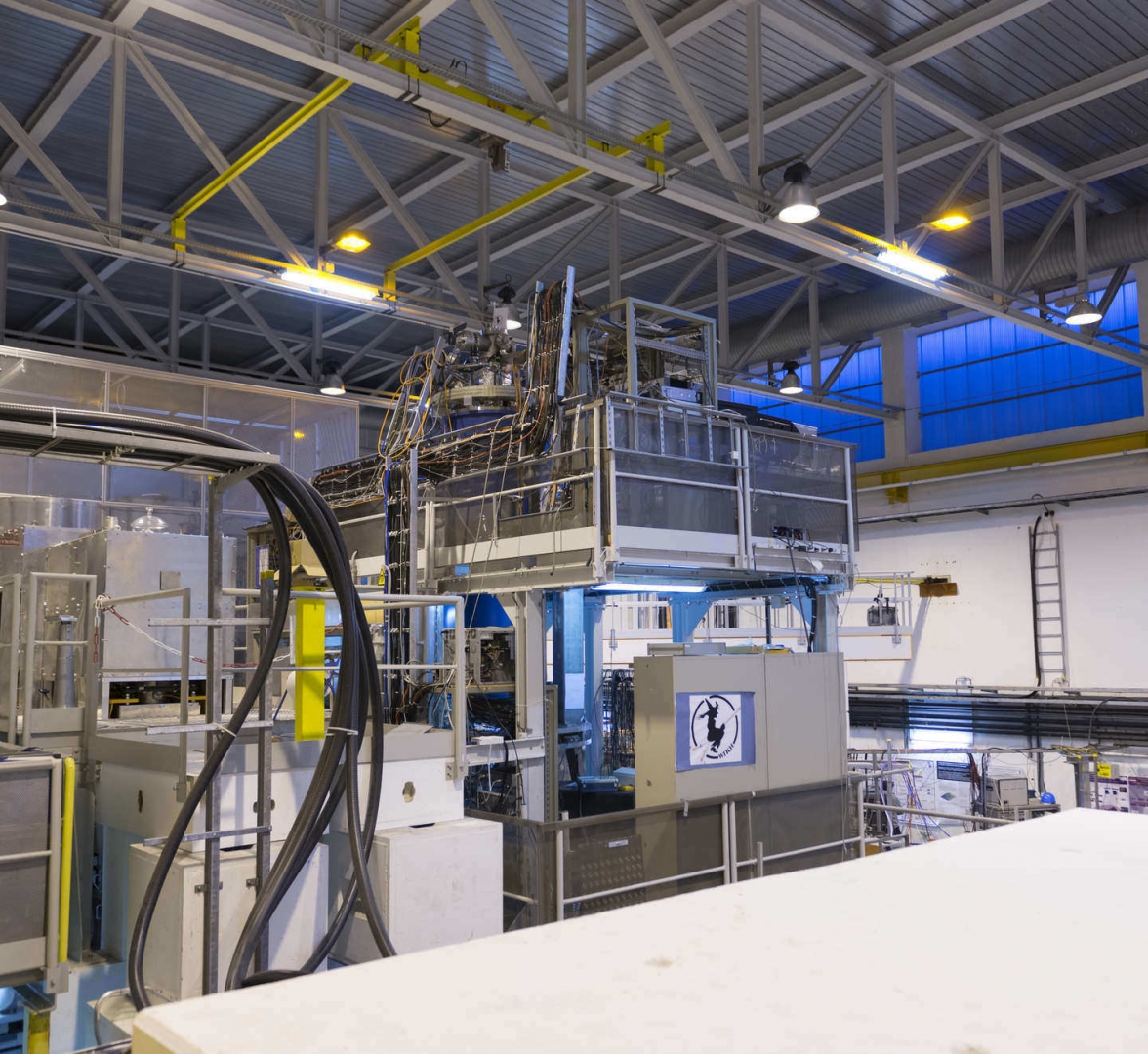 At this time of year pictures of witches astride broomsticks are everywhere but there’s one place at CERN this image is seen year round – the WITCH experiment (Image: Samuel Morier-Genoud/CERN)

This Halloween, meet CERN’s very own WITCH – an experiment at ISOLDE, the laboratory’s nuclear facility.

The 31 October conjures up images of pumpkins, ghouls and the iconic witch –complete with pointy hat and black cat. CERN’s WITCH (the Weak Interaction Trap for Charged Particles) experiment may not have the cat, but it does have its own particle-track broomstick.

WITCH investigates weak interaction, the fundamental interaction responsible for radioactive decay. By slowing down and trapping a beam of ions from ISOLDE, WITCH can measure the recoil energy of an ion as it emits a positron and an electron neutrino during beta decay.

The researchers are measuring properties of the decaying ion, hunting for any deviations that could provide evidence of a new particle and expose flaws in the Standard Model – the currently accepted model of how our universe is built. Data collected over a five-year period is now being analysed. So far no sign of deviations has appeared.

“You go into an experiment like this knowing there’s a very low chance you’ll see deviations from the Standard Model, but you still hope you’ll find new physics,” Severijns says. “You are always trying to improve the sensitivity of the experiments so that each is better and more precise than the previous one. It’s through this that physics advances, by incrementally pushing the limits. Then one day an experiment, hopefully ours, will have become so sensitive that you cross the limit where you discover something new.”

This WITCH’s lair is the ISOLDE facility, which produces a variety of radioactive ion beams for many experiments in the fields of nuclear and atomic physics, solid-state physics, materials science and life sciences. The unique source of low-energy beams allows scientists to study the rarest atomic nuclei. More than 450 researchers are currently working on about 90 experiments.

“Looking for such new physics is looking for a complete unknown. You could say it’s similar to witchcraft, it takes something akin to that to find it.”

The WITCH may return under a different guise in the near future to continue hunting for signs of new physics beyond the Standard Model.