CERN’s core values include making research open and accessible for everyone. A new policy now brings together existing open science initiatives to ensure a bright future based on transparency and collaboration at CERN. 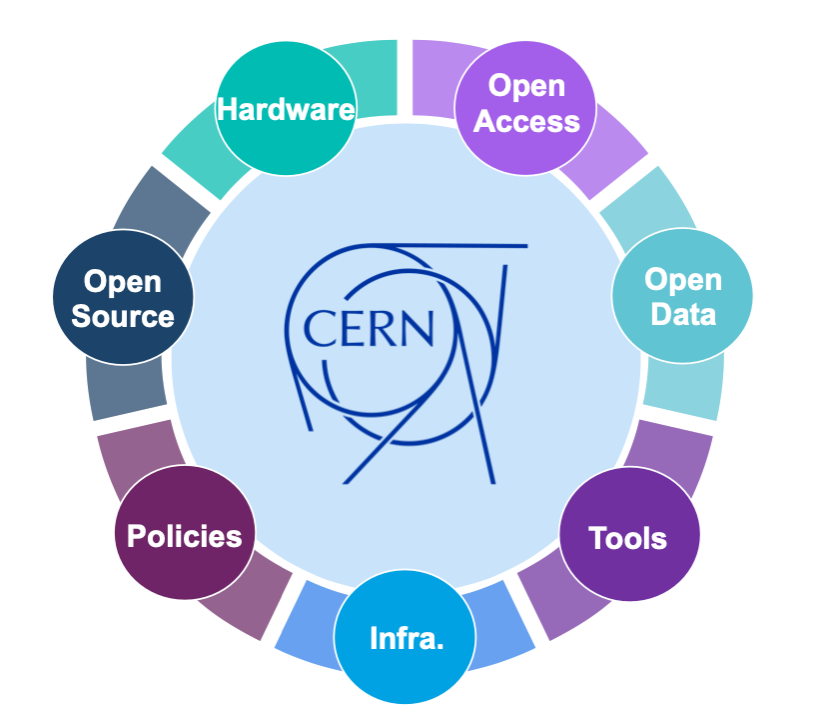 In September 2022, CERN approved a new policy for open science at the Organization, with immediate effect. The policy aims to make all CERN research fully accessible, inclusive, democratic and transparent, for both other researchers and wider society. It was developed by the Open Science Strategy Working Group (OSSWG), which includes members from every CERN department. Drawing on existing bottom-up initiatives, the working group designed comprehensive guidelines for the CERN community on sharing its research within a new framework for open science. Published alongside the policy document is a dedicated website explaining all the open science initiatives at CERN.

The completed policy follows the 2020 update of the European Strategy for Particle Physics, which highlighted the importance of open science, and UNESCO’s Recommendation on Open Science, published in 2021. Open science has always been one of CERN’s key values, dating back to the signing of the CERN Convention at UNESCO in 1952. Because of this, initiatives at CERN have continually strived for research transparency and accessibility for the benefit of science and society.

“The principles of open science are an integral part of CERN’s scientific mission,” said Joachim Mnich, CERN’s Director for Research and Computing. “This policy represents a significant milestone in our decades-long history in this domain, which has included pioneering efforts in open source, open access and open data. We look forward to continuing to push the frontiers of open science in the years ahead.”

The new policy encompasses the existing policies for open access, open data and open source software and hardware, which make all research papers, experimental data and research software and hardware publicly available. It also brings together other existing elements of open science – research integrity, open infrastructure and research assessment, which make research reliable and reproducible – and training, outreach and citizen science, which aim to educate and create dialogue with the next generation of researchers and the public.

Enrica Porcari, CERN’s IT Department Head, said: “The publication of the Open Science Policy gives a solid framework in which the popular suite of open source tools and services provided by CERN, including Zenodo, Invenio and REANA, can continue to grow and support the adoption of open science practices, not only within physics but also across the globe’s research communities.”

CERN’s new Open Science Policy heralds a new era in knowledge sharing. The OSSWG will continue to assess how open science operates at CERN, developing the policy in accordance with new research. Alongside this, a new open science report will be published each year, showing CERN’s continued commitment to the initiative.

Michelangelo Mangano, Senior Theoretical Physicist, OSSWG member and Chair of the Scientific Information Policy Board, said: “The new Open Science Policy reflects the values embodied by CERN and high-energy physics, as implied also by the CERN Convention: openly sharing with the science community and society not only the results of our research, but also the tools and innovation developed for and needed by our activity.”