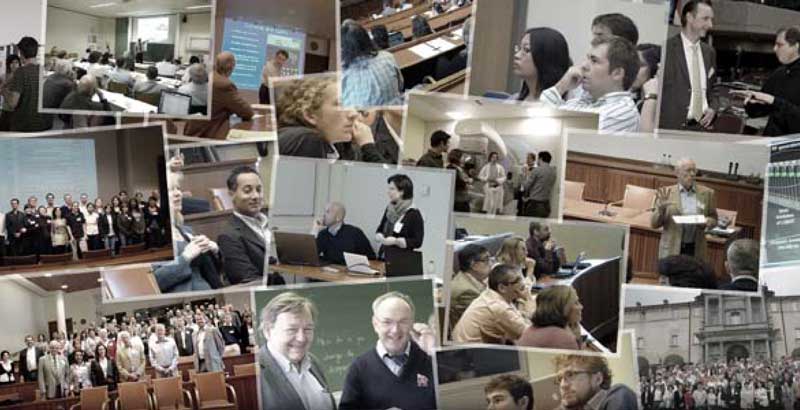 The European Network for Light Ion Therapy (ENLIGHT) was founded ten years ago to build a multidisciplinary community of professionals in the field of hadrontherapy, a type of radiotherapy that uses beams of protons and ions to treat cancer.

Clinicians, physicists, biologists, computer scientists and engineers with experience in proton and carbon-ion therapy were invited to collaborate on research projects and to share knowledge, data and best practices through the network. Today, over 400 participants from more than 20 European countries use ENLIGHT to collaborate on a broad research programme in hadrontherapy.

“In 2002, the establishment of such a network seemed like a dream,” says CERN’s life sciences advisor and ENLIGHT coordinator Manjit Dosanjh, “but looking at the size, cohesion, and scientific impact of ENLIGHT today, it was definitely worth it.”

Research in hadrontherapy requires expertise from many disciplines. Some researchers study the biological mechanisms that underpin how cancerous tissues respond to hadrons and develop techniques and tools to improve treatment and minimize harm to healthy tissues. Others borrow concepts from particle accelerators and detectors in high-energy physics to improve areas such as beam diagnostics, dosimetry, digital imaging and IT solutions.

Today, there are four EC-funded research projects under the umbrella of ENLIGHT: PARTNER, ENVISION and ENTERVISION (all coordinated by CERN), and ULICE (coordinated by CNAO). The projects are largely dedicated to the hands-on training of young European scientists. They have total funding of 24 million Euros.

Data and knowledge acquired by research projects and clinical trials are exchanged in networking opportunities such as the ICTR-PHE conference which in 2012 merged for the first time the International Conference in Translational Research in Radio-Oncology, and CERN’s Physics for Health, whose first edition took place in 2010.

Both meetings provided opportunities for preliminary discussions about a dedicated bio-medical beam line at CERN. “Such a facility would be an important step forward for radiation biology and oncology research," says Steve Myers, CERN’s director for Accelerators and Technology. "It will provide the much needed particle beams of different types and energies for radiobiology, fragmentation studies and detector development and at the same time foster collaborations between research teams in Europe and worldwide.”

Find out more in Highlights, an ENLIGHT publication

ENLIGHT meeting on particle therapy in the Ne...