While 31 October may mean Halloween to some, to laboratories around the world it means Dark Matter Day 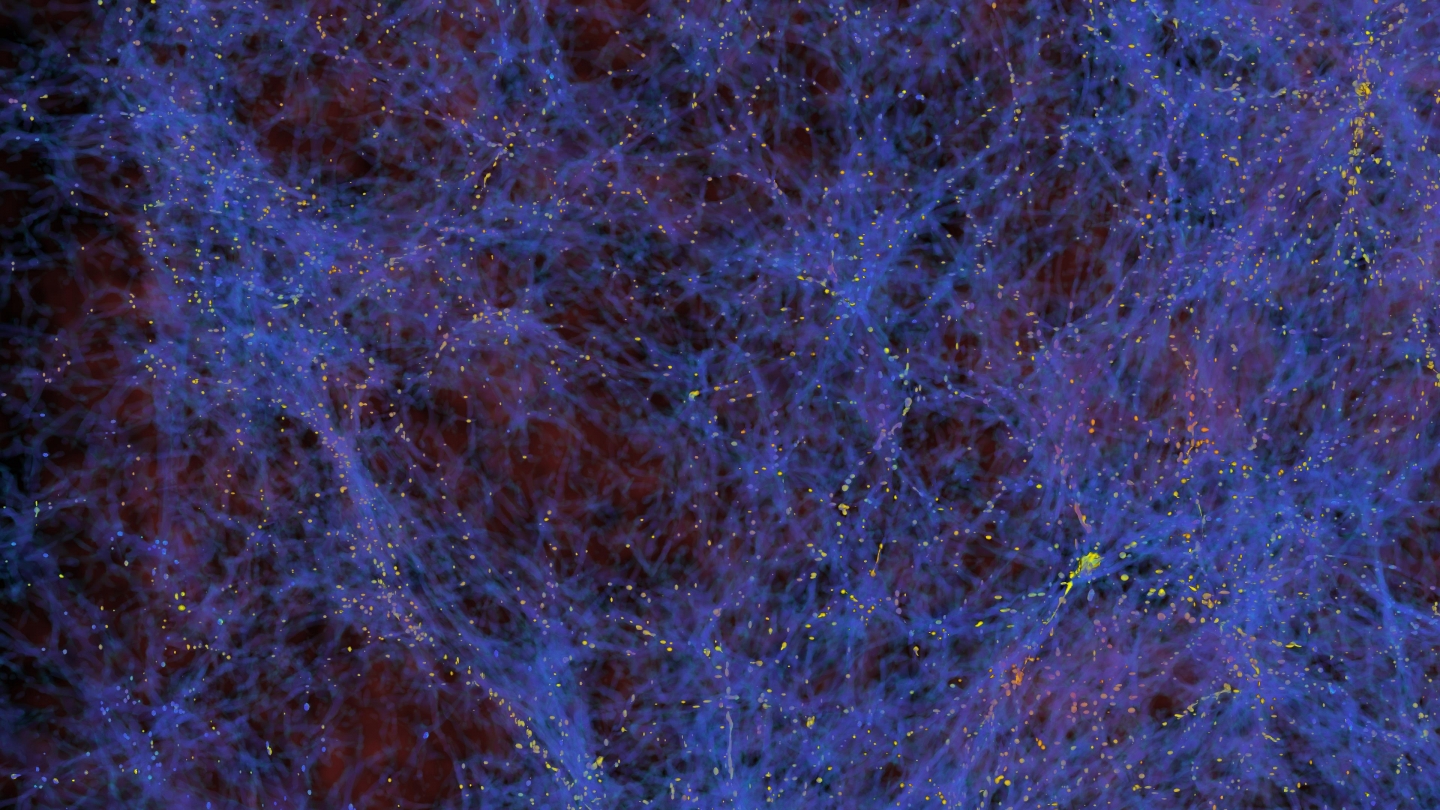 A simulation of the large-scale structure of the Universe that shows density filaments in blue and places of galaxy formation in yellow. (Image: Zarija Lukic/Berkeley Lab)

This 31 October might be the spookiest Halloween yet. Scientists at CERN are celebrating the hidden sectors of our Universe as part of the international celebration of Dark Matter Day. Dark matter warps distant starlight and enables galaxies to rotate at unfathomable speeds, yet is completely invisible to traditional detectors. In fact, scientists only know that dark matter exists because of its massive gravitational pull on ordinary matter. To catch this stealthy stuff, scientists must become a little more creative with how they search for it.

Today, CERN scientists will be showcasing the tools and techniques they are using to uncover the true nature of dark matter. At 15.00 CET, researchers from the CAST experiment will explain, during a Facebook Live session, how the Sun could radiate these invisible particles. Later this evening, scientists will explore how and why they are looking for dark matter, during a public event in CERN’s Globe of Science and Innovation, webcast live from 20.00 CET.

Can’t make it to the CERN events? There are numerous organisations around the world hosting activities to celebrate Dark Matter Day and plenty of ways to engage with the hunt from home. Check out this TED-Ed animation, which explains how the LHC could create dark matter, or find out when the  Phantom of the Universe show is being screened at a planetarium near you.

As you celebrate and explore unexplainable mysteries during your Halloween celebrations, remember, don’t be afraid of the dark!

Thirty years of the TERA Foundation