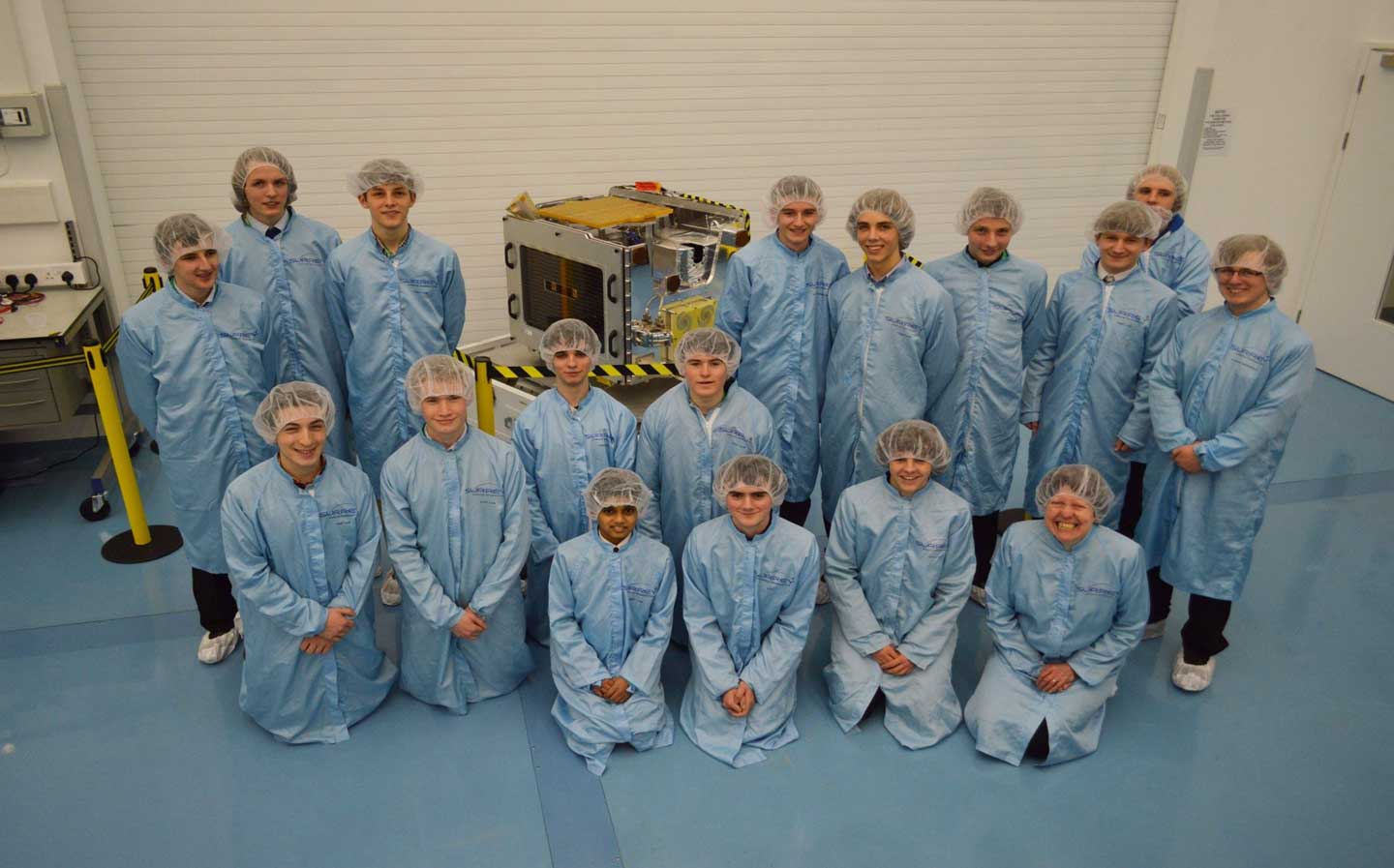 The Langton Ultimate Cosmic ray Intensity Detector (LUCID) – a device designed by students at Simon Langton Grammar School for Boys in the UK – launched into space yesterday from Baikonur Cosmodrome in Kazhakstan. Now the countdown begins until the first data comes streaming back from to Earth.

Designed by the students as part of the Cern @ School programme, LUCID uses Timepix chips developed at CERN by the Medipix2 collaboration to examine the subtler aspects of cosmic rays and monitor radiation for NASA. It will orbit the Earth and its data will be compared with CERN @ school’s Earth-bound detectors, smaller versions of LUCID monitoring cosmic rays in 30 different schools across the UK.  Not only is the project pioneering in its data collection, but LUCID is also providing the Timepix chips with a space qualification.

Surrey Satellite Technology Limited, one of the key developers of the project, launched LUCID yesterday on board TechDemoSat-1 – an industry-led satellite which is one of the first projects to use the UK Space Agency’s Harwell Oxford Satellite Applications Catapult.

The CERN @ school programme is providing the resources for school students in the UK to take part in real research. “We develop projects that allow students to work alongside scientists and engineers before they go to university,” says Becky Parker, head of the Langton Star Centre and founder of the CERN @ school programme. “Thanks to these programmes, students can make a genuine contribution to global scientific research.” CERN @ school has also benefited the teachers and scientists supporting the students. “When collaborating with our ‘young researchers’, scientists are often motivated to find new ways to participate in school science,” says Parker.

“Meanwhile, our science teachers have been able to explore scientific research usually reserved for practising researchers – enhancing their knowledge of the subject, making them better teachers, and providing a new level of career development.”  CERN @ school is taking much-needed steps to encourage and retain physics teachers – perhaps even inspiring researchers to consider a career in education.

Watch Becky Parker's TEDxCERN talk: "You're never too young to be a research scientist"