How can cubes made of paper help teach particle physics? 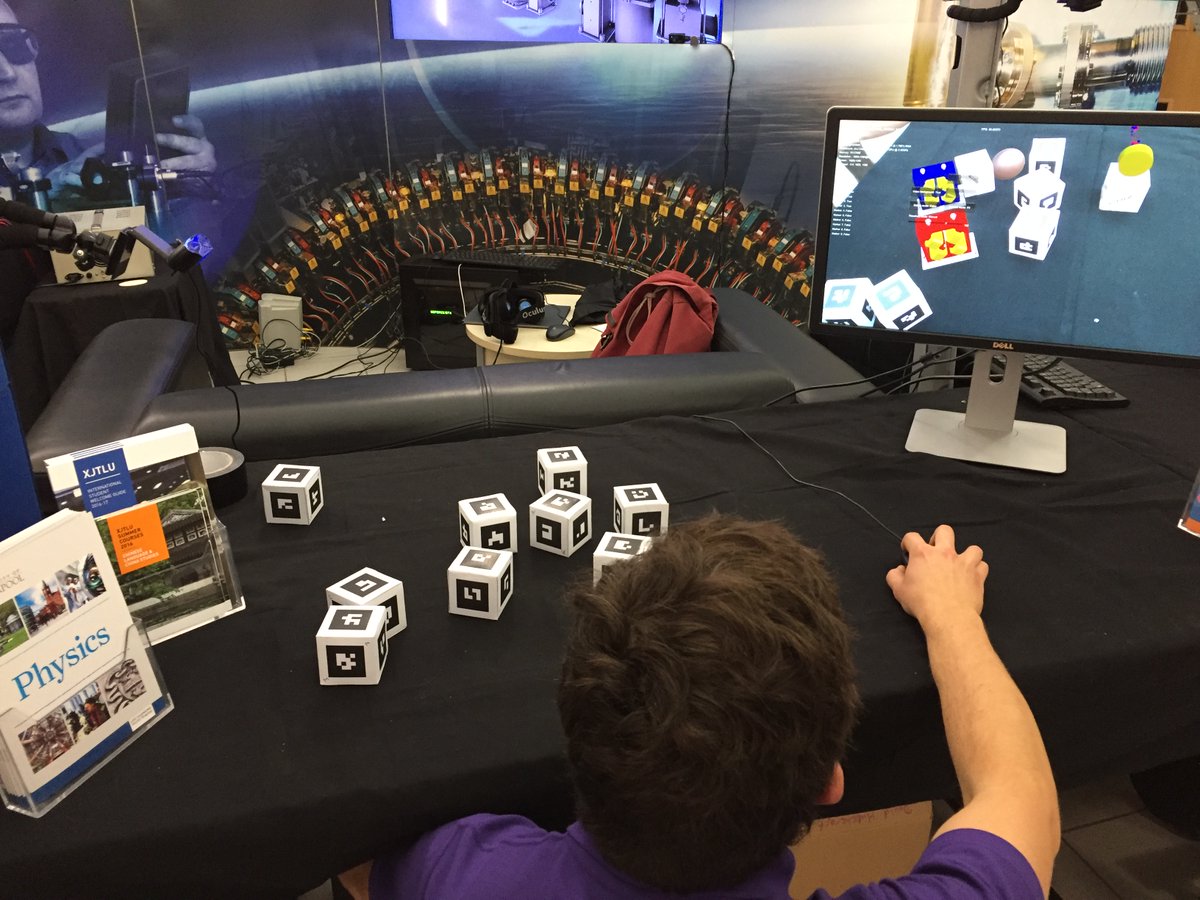 Particle physics and the accelerators used to study the field, have been, for decades, a complex topic that most people avoid. But as accelerators are being used more and more for outside of high-energy physics (from cancer treatment to developing new materials) a new augmented reality app – AcceleratAR – hopes to change this by simplifying the topic to make it more approachable and easier to comprehend for the general public.

The app was launched by the University of Liverpool at the international Future Circular Collider (FCC)  collaboration meeting  in Berlin – and works with a series of paper cubes, each one with a different pattern design.

When the user views the cubes through the camera of a smartphone or tablet with the acceleratAR app, each one turns into a different element of a particle accelerator; a particle source, a radiofrequency cavity to accelerate the particles and different types of magnets to bend and focus the particles into a circular beam. As the user puts these together the app offers a visualisation of different accelerator components, and how they affect a charged particle beam, just like in a real accelerator. It is a very tactile and visual way to understand how a particle accelerator works and for people using the app to see for themselves how magnetic and electric fields can be used to speed up and control particle beams.

The app has been created by Dr Chris Edmonds, an accelerator scientist, based at the Cockcroft Institute in Daresbury, UK, and it can be downloaded for free on Google Play, with the templates to build the cubes available on the website www.acceleratar.uk.

Edmonds designs novel accelerators for cancer therapy and electron machines and thought: “It would be cool if young people could build their own particle accelerator to see for themselves how it works.”

The cubes are made of paper, meaning they are portable enough to be used at home, school or even outside. The only thing needed is a surface to put them on and a device with the acceleratAR application installed.

“It makes the concepts behind super complicated physics accessible to anyone with a smartphone,” says Rebecca Warren, Physics teacher at Manchester Creative & Media Academy. “It is a great way for pupils to experience the science taking place at the Cockcroft Institute, University of Liverpool and CERN without actually being there.”

Visit acceleratar.uk/ to get more information about the app.