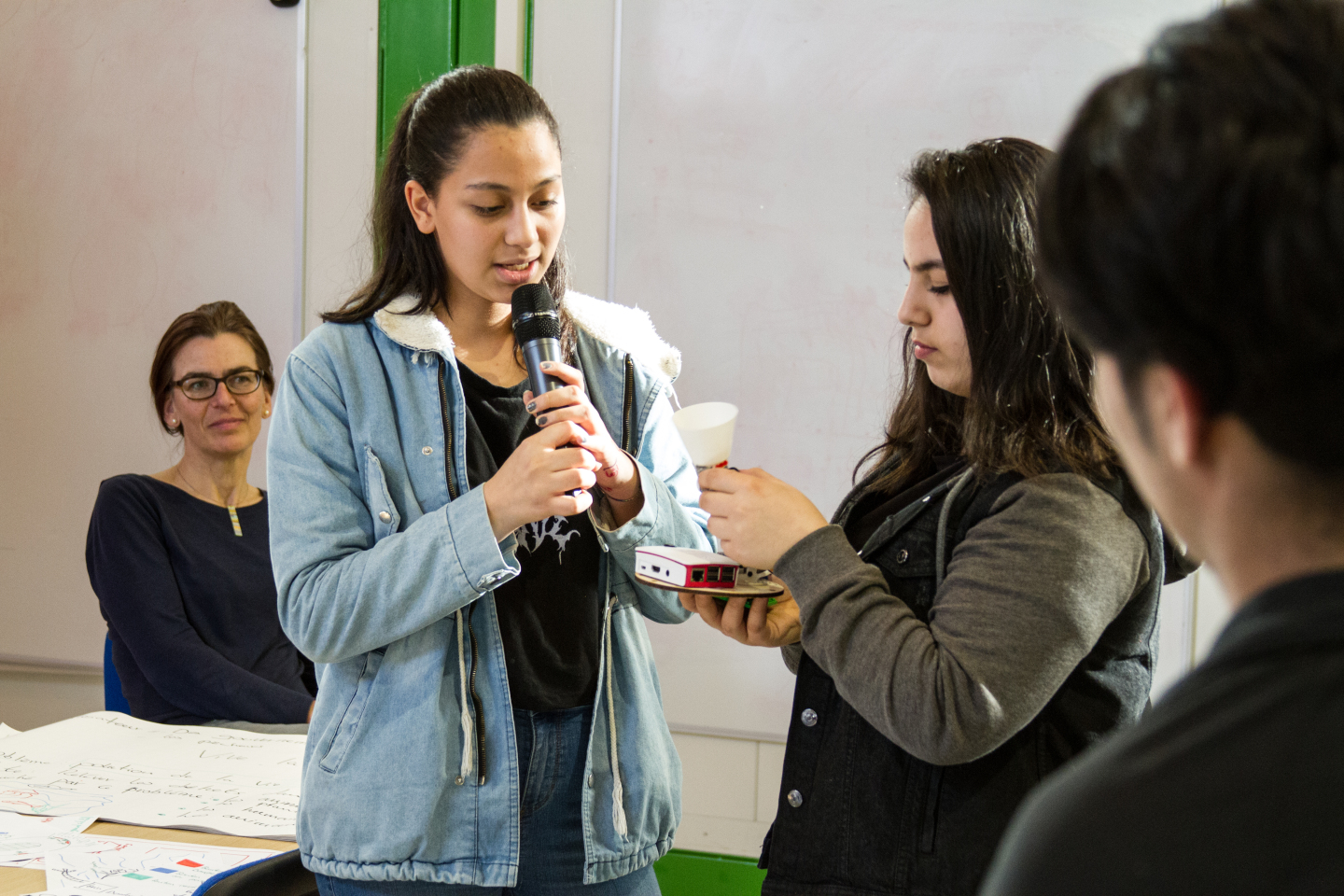 The IdeaSquare facility at CERN recently played host to a group of young refugees as part of the “We Start” programme run by the municipality of Anières in Geneva. The five-month-long programme involves training workshops for young people from the community to help them harness their creative and entrepreneurial talents in order to develop a new product or service and bring their ideas to fruition. The 2018 programme is the first to focus specifically on refugees and asylum seekers, with twelve participants from Afghanistan, Syria, Iraq, Guinea and El Salvador involved.

The entrepreneurial enthusiasts, aged between 12 and 26, worked under the guidance of coaches from We Start, the municipality of Anières and the Hospice Général as well as five mentors from CERN: Claire Adam-Bourdarios (ATLAS), Susan Cheatham (ATLAS), Romain Muller (EU Projects Office), Oday Darwich (OpenLab/UniGE) and Harri Toivonen (IdeaSquare). The purpose of the workshop at IdeaSquare was to introduce the participants to design thinking, an iterative process similar to what scientists use, but in this case applied to ideas for products and services. They were taken through the steps for framing their problem, designing and building a prototype, testing it and finally making observations and drawing conclusions.

At the end of a three-hour workshop, each group had produced their first conceptual prototypes. One of the teams worked on developing a multilingual pen capable of making instant translations in order to help with the translation of paperwork in migration services. A second group, tasked with encouraging children to safely experiment with cooking, developed a crepe-making machine with which children could draw shapes and letters onto their pancakes before frying them. The two other groups built prototype devices for tracking the recycling behaviour of individuals and for collecting plastic waste from oceans respectively.

The workshop was held at IdeaSquare on Saturday, 10 March and was the fifth of fourteen sessions being held in 2018. This year’s We Start programme will continue until 22 June, when all four project outcomes will be presented at the Foyer d’Anières.