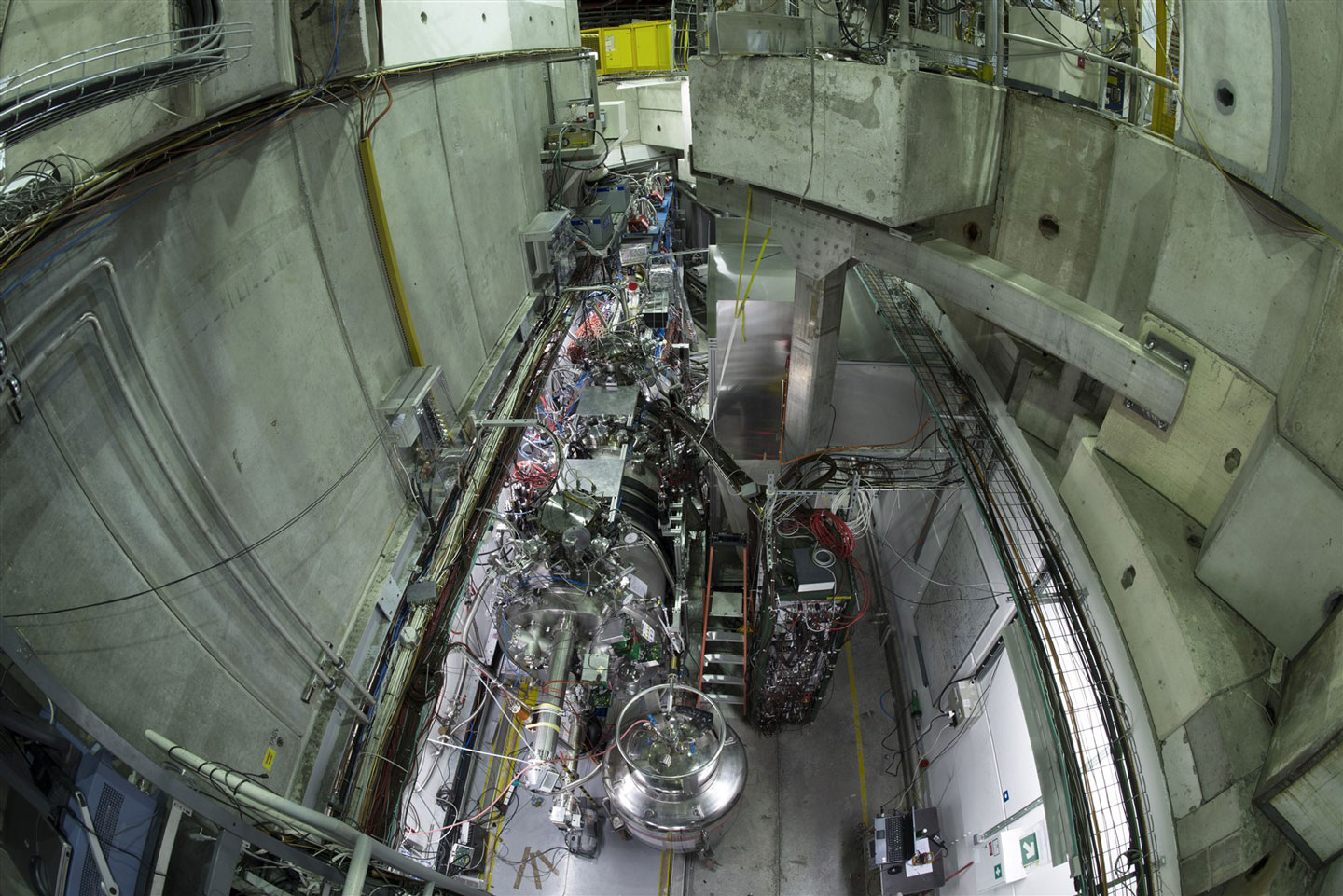 The AEgIS experiment in the antimatter hall at CERN aims to make the first direct measurement of Earth’s gravitational effect on antimatter (Image: CERN)

“By the end of 2012, we had finished by putting all the elements of the experiment together,” says AEgIS spokesperson Michael Doser. “Now we have to show that they can all work together and, unfortunately, we will have no antiproton beams for a long period due to the machines’ shutdown.”

But instead of waiting for two years for beams to return to the Antiproton Decelerator Hall, the AEgIS team has come up with an alternative. If they can’t work with antihydrogen, why not try out their experiment with hydrogen? By replacing antiprotons with their own proton source, AEgIS will be able to manufacture their own hydrogen beam that they can use to commission and test their setup. “We want to make sure we understand how to make antihydrogen and our diagnostic will be the formation of hydrogen,” says Doser. “If we succeed in making hydrogen this year, that will be a huge step forward; and if we can make hydrogen beams next year, then we’ll really be in business.” Surprisingly, carrying out the experiment with hydrogen will be more technically difficult than it would have been with antihydrogen. The AEgIS team is pushing the technology hard to develop a suitable detector.

One challenge will be producing positronium - an electron and a positron in a bound state - to create hydrogen. The AEgIS team will have to make sure it is neither too fast nor too slow. “The positronium needs to be fast enough to ensure it doesn’t quickly decay before it meets the antiprotons,” says Doser. “But it can’t be so fast as to pass the antiprotons altogether. Tuning this will take quite some time and will be one of the first thing the team works on.”

The AEgIS team will be carrying out this commissioning during the coming months, opening up their setup next month to make any necessary adjustments, and to install a hydrogen detector and proton source.