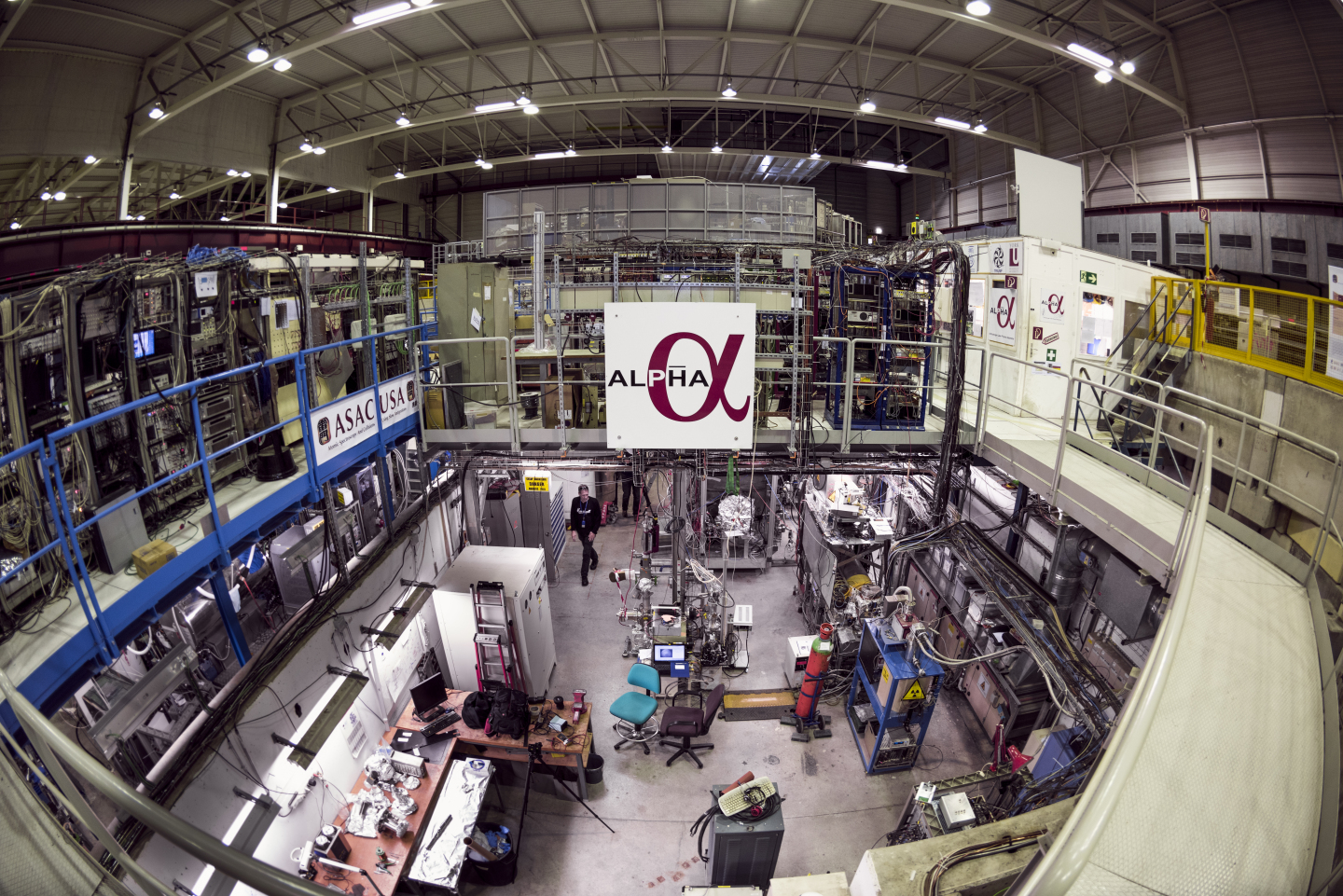 In a new paper published in the journal Nature, the ALPHA experiment at CERN's Antiproton Decelerator (AD) reported the most accurate measurement yet of the electric charge of antihydrogen atoms (Image: Maximilien Brice/CERN)

In a paper published in the journal Nature, researchers at CERN’s ALPHA experiment have shown – to the most accurate degree yet – that particles of antihydrogen have a neutral electrical charge.

According to the Standard Model, which explains how the basic building blocks of matter interact, all antimatter – such as antihydrogen – should have the exact opposite charge to its matter counterpart. For example, in a hydrogen atom a negatively charged electron combines with a positively charged proton to give a net charge of zero. In contrast, an antihydrogen atom should have a positively charged positron combining with a negatively charged antiproton to give a net charge of zero. The Standard Model also says that during the Big Bang equal amounts of antimatter and matter were created. But today this isn’t the case, there is much less antimatter in the universe than matter.

Since physicists know that hydrogen has a neutral charge, by studying the charge of antihydrogen, they hoped to see something different or surprising, which could help scientists to understand why nature has a preference for matter over antimatter. “It’s a very important question: is the universe neutral? Do all the positive charges and negative charges have exactly the opposite sign and to what level can you determine that?” explains Jeffrey Hangst, the spokesperson for the ALPHA experiment at CERN's Antiproton Decelerator (AD) and the lead scientist on the study. “For normal matter that’s known very precisely: to about one part in 1021, that’s one and 21 zeros, that’s an enormous number, we really know that well. Now we have the first opportunity to study this with antiatoms, with antihydrogen, and that’s what we’re publishing now. We made the best possible study that we can make with trapped antihydrogen.”

At ALPHA, physicists study the antihydrogen particles by first combining an antiproton and a positron (the antimatter equivalent of an electron) to make antihydrogen, which they trap in a magnetic field. They then kick the trapped particles with an electric field to see if they react. If an antihydrogen reacts and escapes from the trap then it means it has a charge, if it doesn’t then it’s neutral. “ALPHA is designed to trap antihydrogen, and CERN the only place in the world that does this kind of physics,” Hangst says.

Alternatively, the new result can be interpreted to put a new limit on the charge of a positron. “The antiproton charge has been accurately measured before, so if we assume that antihydrogen is in fact neutral, we can put a new limit on how much the positron charge could differ from the charge of its matter counterpart – the electron. Our results makes that charge better known by a factor of 25,” says Hangst.

While ALPHA is able to study the charge of antihydrogen, the experiment’s main goal is to study the spectroscopy of the trapped antihydrogen. Researchers will shine a laser onto antihydrogen to discover if it will absorb the same frequencies of light compared to hydrogen. “Spectroscopy would give us the most accurate comparison you can get between antihydrogen and hydrogen,” Hangst explains. “It’s the main reason ALPHA was built and has always been the long term goal.” Physicists hope that they will get the first spectroscopy results from ALPHA this year.