At CERN today, the experiments at the Antiproton Decelerator presented updates on their work in 2012, and their hopes for 2013 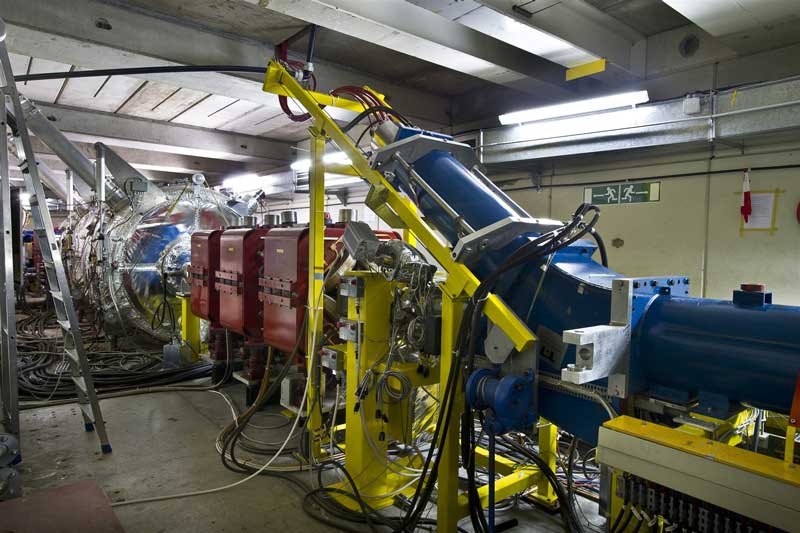 At CERN today, representatives of the experiments that use beams from the Antiproton Decelerator presented their progress in 2012, and their plans for the New Year.

Michael Doser started proceedings with an update from the AEgIS experiment, which aims to measure the gravitational interaction between matter and antimatter. Doser described how in 2012 the AEgIS team tested their experimental setup using antiprotons and used other measurements to design an optimal layout for their experiment. "Beam times were extremely valuable in understanding this new apparatus," says Doser. "In 2013 we hope to continue testing and commissioning with electrons and positrons, to commission a laser system for spectroscopy, and to install a positronium test station." AEgIS aims to be ready to form an antihydrogen beam by summer 2014.

Michael Holzscheiter of the University of New Mexico presented the status of the Antiproton Cell Experiment (ACE), which compares the effectiveness of protons and antiprotons in the treatment of cancer.

David Lunney of the Université de Paris Sud in Orsay, France, spoke on behalf of the GBAR project, which was approved by CERN in May 2012. GBAR aims to determine how antimatter reacts to gravity. Lunney showed how GBAR would use ELENA, a planned extension of the Antiproton Decelerator, to focus and decelerate antiprotons for study.

Ryugo S. Hayano of the University of Tokyo presented changes and improvements to the detectors, lasers and beam that make up ASACUSA. The experiment captured about 30 million positrons in its CUSP trap in 2012 – a factor of 20 more than previous attempts. ASACUSA will install an antihydrogen detector during the planned long shutdown, and focus on spectroscopy thereafter.

ATRAP spokesperson Gerald Gabrielse of Harvard University in the US had mixed news from ATRAP in 2012. The experiment measured the antiproton magnetic moment to 4.4 parts per million – decreasing the uncertainty in the measurement by a factor of 680 compared to previous attempts. But technical glitches delayed a parallel programme of antihydrogen studies. ATRAP will use the long shutdown to produce and test replacement apparatus, ready for antiproton beams in 2014.

Finally, ALPHA spokesperson Jeffrey Hangst of Aarhus University, Denmark, described how ALPHA traps antihydrogen, and how the team uses microwaves to determine its properties. A completely new experiment, ALPHA-2, was installed in 2012 with the aim of adding laser access for the spectroscopy of antihydrogen.

All speakers thanked their collaborations and the Antiproton Decelerator team for the excellent work providing beams last year.