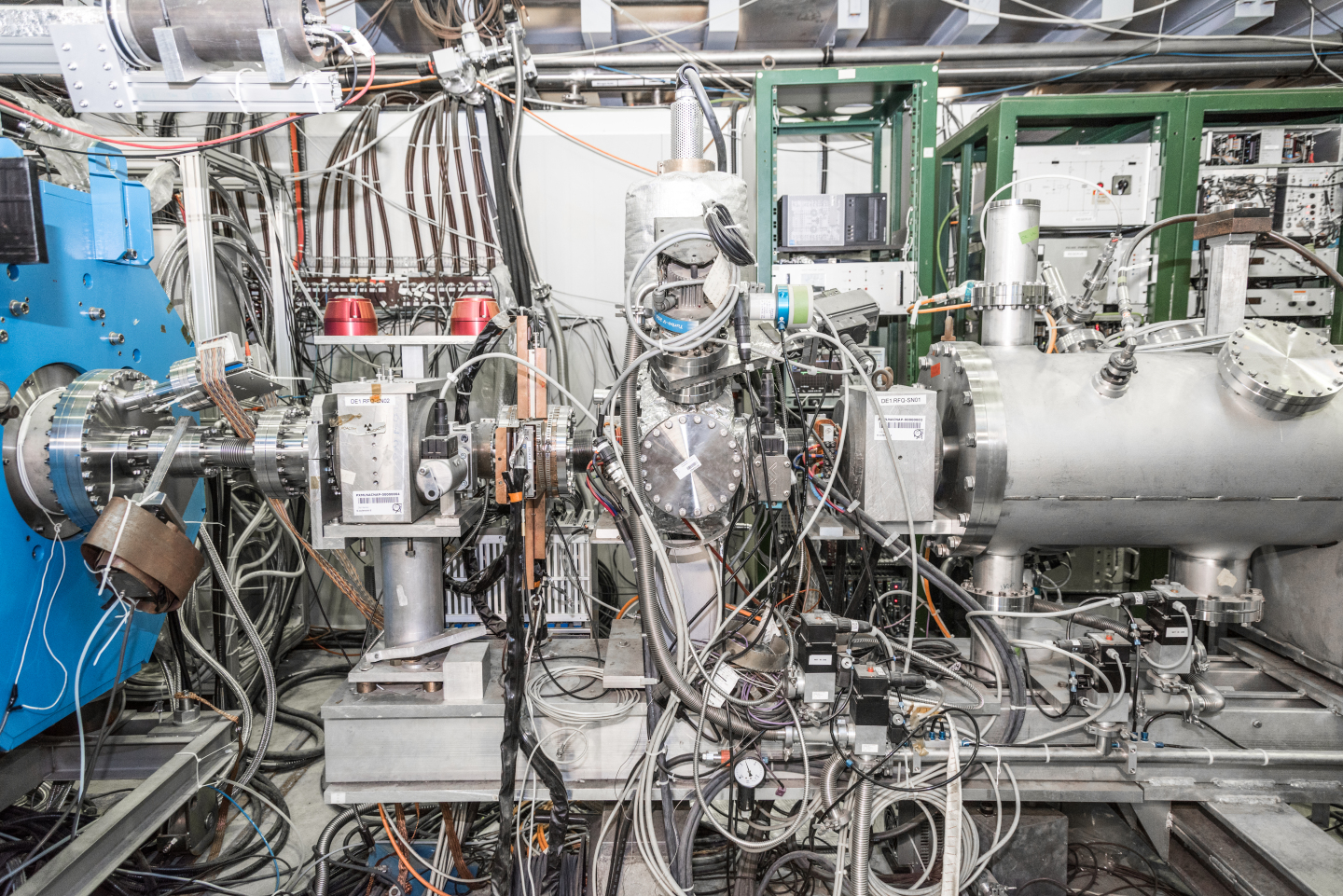 The ASACUSA experiment at CERN today reported new precision measurement of the mass of the antiproton relative to that of the electron. (Image: Sophia Bennett/ CERN)

In a paper published yesterday in the journal Science, the ASACUSA experiment at CERN reported new precision measurement of the mass of the antiproton relative to that of the electron. This result is based on spectroscopic measurements with about 2 billion antiprotonic helium atoms cooled to extremely cold temperatures of 1.5 to 1.7 degrees above absolute zero. In antiprotonic helium atoms an antiproton takes the place of one of the electrons that would normally be orbiting the nucleus. Such measurements provide a unique tool for comparing with high precision the mass of an antimatter particle with its matter counterpart. The two should be strictly identical.

"A pretty large number of atoms containing antiprotons were cooled below minus 271 degrees Celsius. It’s kind of surprising that a  ‘half-antimatter’ atom can be made so cold by simply placing it in a refrigerated gas of normal helium," said Masaki Hori, group leader at the ASACUSA collaboration.

Matter and antimatter particles are always produced as a pair in particle collisions. Particles and antiparticles have the same mass and opposite electric charge. The positively charged positron, for example, is an anti-electron, the antiparticle of the negatively charged electron. Positrons have been observed since the 1930s, both in natural collisions from cosmic rays and in particle accelerators. They are used today in hospital in PET scanners. However, studying antimatter particles with high-precision remains a challenge because when matter and antimatter come into contact, they annihilate – disappearing in a flash of energy.

The major new achievement of the collaboration, as reported in Science, is that ASACUSA has now managed to cool down the antiprotonic helium atoms to temperatures close to absolute zero by suspending them in a very cold helium buffer-gas. In this way, the microscopic motion of the atoms is reduced, enhancing the precision of the frequency measurement. The measurement of the transition frequency has been improved by a factor of 1.4 to 10 compared with previous experiments. Experiments were conducted from 2010 to 2014, with about 2 billion atoms, corresponding to roughly 17 femtograms of antiprotonic helium.

According to standard theories, protons and antiprotons are expected to have exactly the same mass. To date, no difference has been found between their masses, but pushing the precision limits of this comparison is a very important test of key theoretical principles such as the CPT symmetry. CPT is a consequence of basic symmetries of space-time, such as its isotropy in all directions. The observation of even a minute breaking of CPT would call for a review of our assumptions about the nature and properties of space-time.

The ASACUSA collaboration is confident that it will be able to further improve the precision of antiproton’s mass by using two laser beams. In the near future, the start of the ELENA facility at CERN will also allow the precision of such measurements to be improved.