ATRAP: Never a dull moment for the antiproton 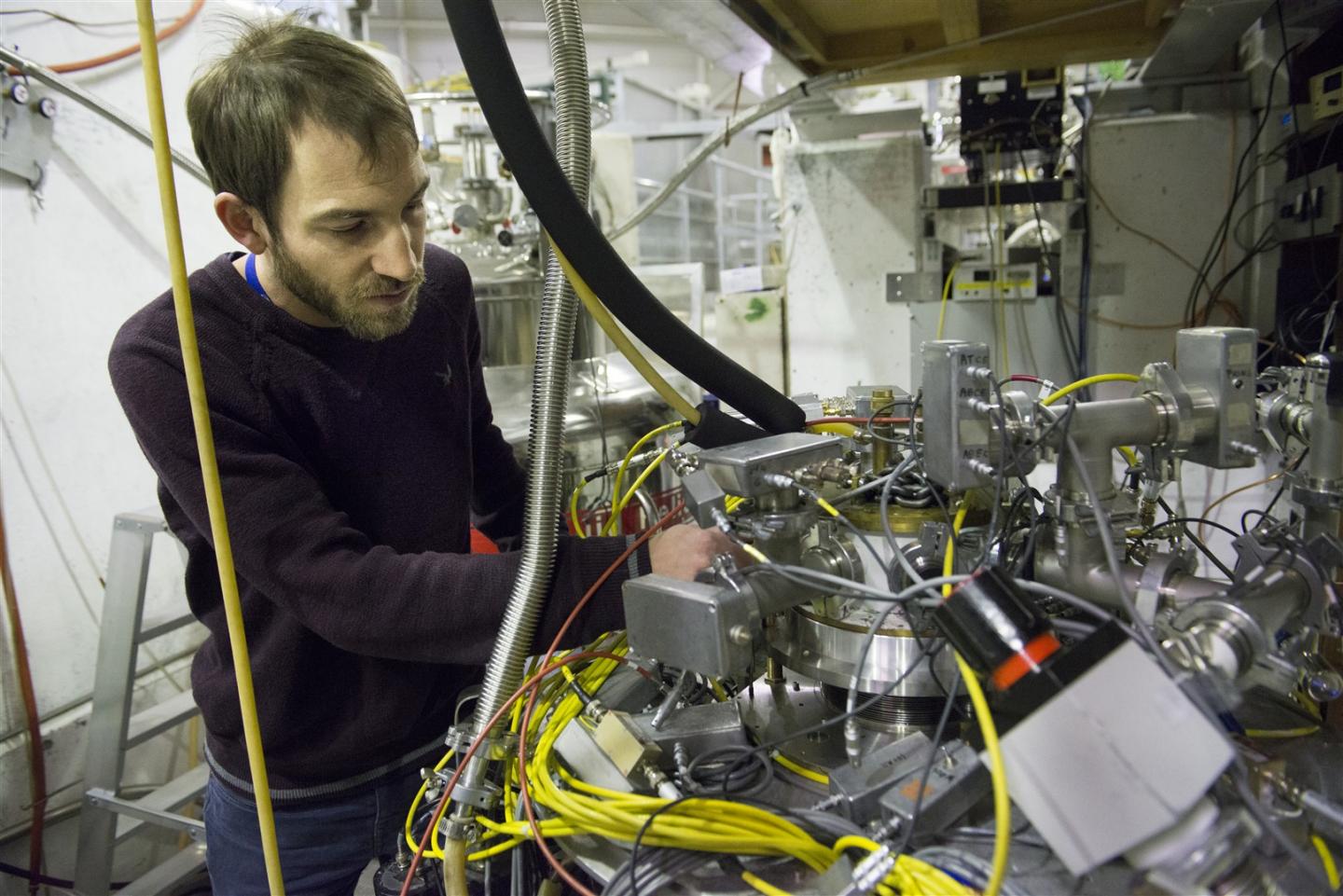 Stephan Ettenauer, a postdoctoral student on the ATRAP experiment, with the Penning trap apparatus for trapping antiprotons (Image: CERN)

In results published today in Physical Review Letters, the Antihydrogen TRAP (ATRAP) experiment at CERN's Antiproton Decelerator reveals a new measurement of the antiproton magnetic moment made with an unprecedented uncertainty of only 4.4 parts per million. This is not just an impressive feat for the ATRAP team, but is also an important attempt to understand the matter-antimatter imbalance of the universe, one of the great mysteries of modern physics.

ATRAP and some of its members have been pushing our understanding of antimatter for decades. The experiment is currently able to trap individual protons and antiprotons to make the most accurate measurements of properties like their charge, mass, and magnetic moment. A particle’s magnetic moment is an intrinsic property that characterizes its behaviour under a magnetic field, much like the way that the magnetic moment of a compass determines how it points in the earth's magnetic field.

“Precise comparisons of the properties of the antiproton and proton are intriguing and important,” says ATRAP spokesperson Gerald Gabrielse of Harvard University, "given that the fundamental cause of the dramatic imbalance of antimatter and matter in the universe has yet to be discovered. By comparing the antiproton's tiny magnet to that of the proton, we probe one of nature’s most fundamental symmetries, known as CPT, at a high precision.”

The ATRAP team found that the magnets of the antiproton and proton are "exactly opposite" – equal in strength but opposite in direction, consistent with the prediction of the Standard Model and its CPT theorem to 5 parts per million. However, the potential for much greater measurement precision puts ATRAP in position to test the Standard Model prediction much more stringently still.

“Our measurement of the antiproton moment is some 680 times more precise than any previous result,” says Gabrielse. “This unusually large improvement in precision is due in large part to our ‘single particle’ method of studying particles. As we continue, we intend to incorporate quantum methods that make it possible to see every spin flip that an antiproton makes". Such improvements should make it possible to eventually test the Standard Model and CPT symmetry by comparing the antiproton and proton to a 1 part per billion precision or better.

New chairs for the Antiproton Decelerator Use...