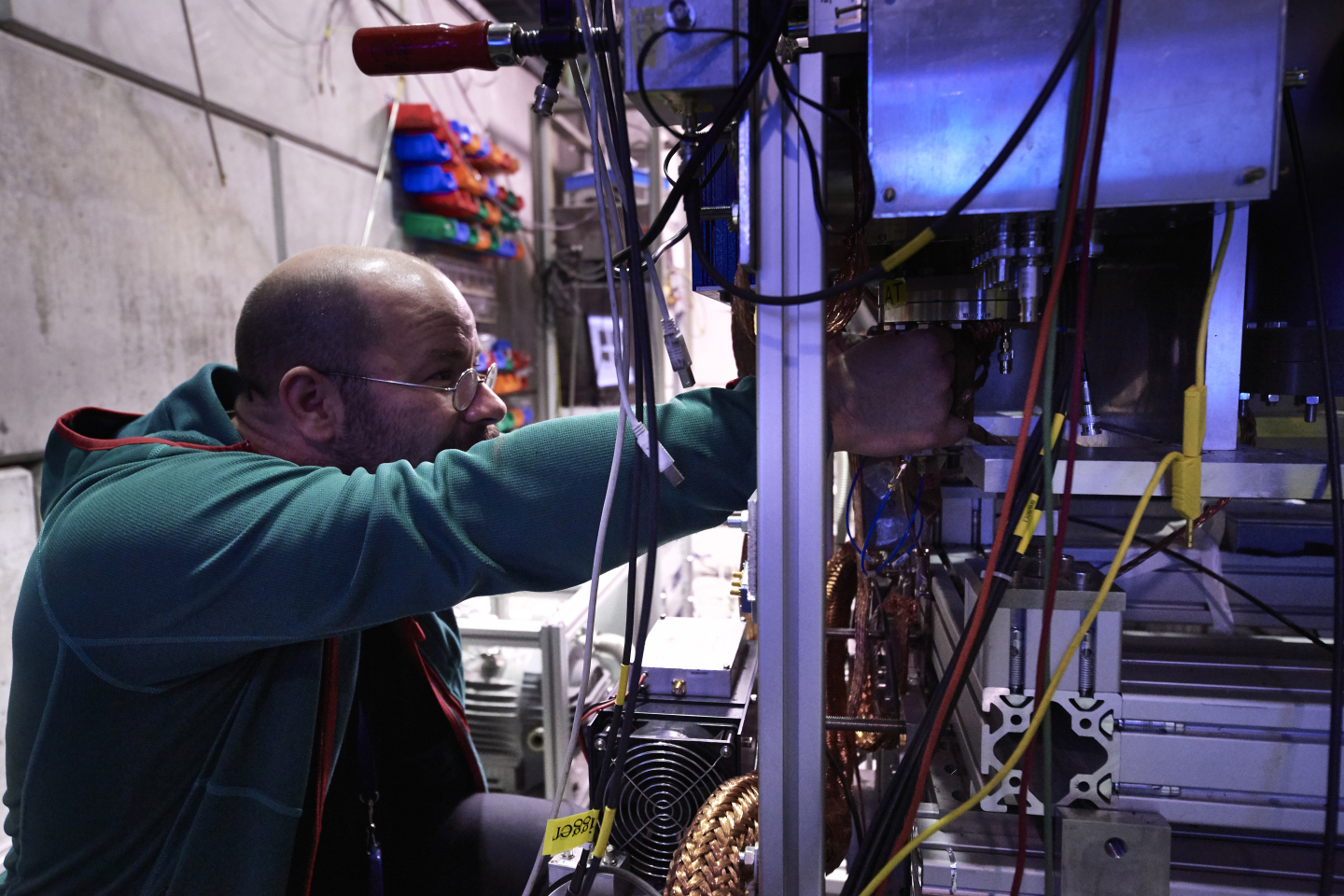 The BASE collaboration at CERN reports the most precise measurement ever made of the magnetic moment of the antiproton, allowing a fundamental comparison between matter and antimatter (Image: Maximilien Brice/CERN)

In a paper published today in the journal Nature Communications, the BASE collaboration at CERN reports the most precise measurement ever made of the magnetic moment of the antiproton, allowing a fundamental comparison between matter and antimatter. The BASE measurement shows that the magnetic moments of the proton and antiproton are identical, apart from their opposite signs, within the experimental uncertainty of 0.8 parts per million. The result improves the precision of the previous best measurement by the ATRAP collaboration in 2013, also at CERN, by a factor of 6.

At the scale of elementary particles, an almost perfect symmetry between matter and antimatter exists. On cosmological scales, however, the amount of matter outweighs that of antimatter. Understanding this profound contradiction demands that physicists compare the fundamental properties of particles and their antiparticles with high precision.

BASE uses antiprotons from CERN’s unique antimatter factory, the Antiproton Decelerator (AD), and is designed specifically to perform precision measurements of the antimatter counterparts of normal matter particles. The magnetic moment, which determines how a particle behaves when immersed in a magnetic field, is one of the most studied intrinsic characteristics of a particle. Although different particles have different magnetic behaviour, the magnetic moments of protons and antiprotons are supposed to differ only in their sign as a consequence of so-called charge-parity-time symmetry. Any difference in their magnitudes would challenge the Standard Model of particle physics and would offer a glimpse of new physics.

To perform the experiments, the BASE collaboration cools down antiprotons to the extremely low temperature of about 1 degree above absolute zero, and traps them using sophisticated electromagnetic containers so that they do not come into contact with matter and annihilate (thanks to such devices, BASE has recently managed to store a bunch of antiprotons for more than one year). From here, antiprotons are fed one-by-one to further traps where their behaviour under magnetic fields allows researchers to determine their intrinsic magnetic moment. Similar techniques have already been successfully applied in the past to electrons and their antimatter partners, positrons, but antiprotons present a much bigger challenge because their magnetic moments are considerably weaker. The new BASE measurement required a specially designed magnetic “bottle” that is more than 1000 times stronger than that used in electron/positron experiments.

“This measurement is so far the culmination point of 10 years of hard work by the BASE team,” said Stefan Ulmer, spokesperson of the BASE collaboration. “Together with other AD experiments, we are really making rapid progress in our understanding of antimatter.”

BASE now plans to measure the antiproton magnetic moment using a new trapping technique that should enable a precision at the level of a few parts per billion – i.e. a factor of 200 to 800 improvement. “The implementation of this method is much more challenging than the method which was used here and will require several additional iteration steps,” says first author Hiroki Nagahama.