Chasing a particle that is its own antiparticle 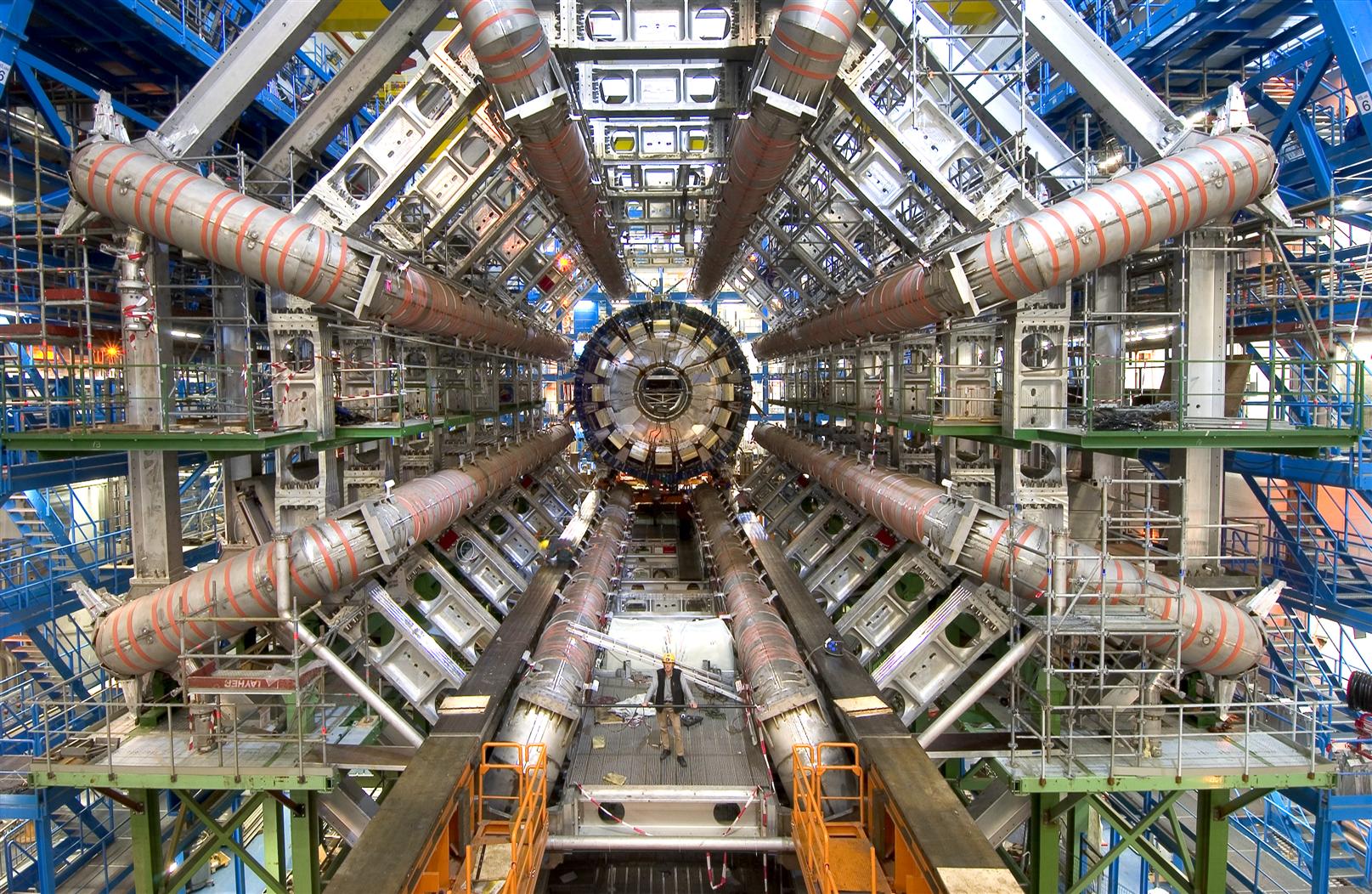 Neutrinos weigh almost nothing: you need at least 250 000 of them to outweigh a single electron. But what if their lightness could be explained by a mechanism that needs neutrinos to be their own antiparticles? The ATLAS collaboration at CERN is looking into this, using data from high-energy proton collisions collected at the Large Hadron Collider (LHC).

One way to explain neutrinos’ extreme lightness is the so-called seesaw mechanism, a popular extension of the Standard Model of particle physics. This mechanism involves pairing up the known light neutrinos with hypothetical heavy neutrinos. The heavier neutrino plays the part of a larger child on a seesaw, lifting the lighter neutrino to give it a small mass. But for this mechanism to work, both neutrinos need to be “Majorana” particles: particles that are indistinguishable from their antimatter counterparts.

Antimatter particles have the same mass as their corresponding matter particles but have the opposite electric charge. So, for example, an electron has a negative electric charge and its antiparticle, the positron, is positive. But neutrinos have no electric charge, opening up the possibility that they could be their own antiparticles. Finding heavy Majorana neutrinos could not only help explain neutrino mass, it could also lead to a better understanding of why matter is much more abundant in the universe than antimatter.

In an extended form of the seesaw model, these heavy Majorana neutrinos could potentially be light enough to be detected in LHC data. In a new paper, the ATLAS collaboration describes the results of its latest search for hints of these particles.

ATLAS looked for instances in which both a heavy Majorana neutrino and a “right-handed” W boson, another hypothetical particle, could appear. They used LHC data from collision events that produce two “jets” of particles plus a pair of energetic electrons or a pair of their heavier cousins, muons.

The researchers compared the observed number of such events with the number predicted by the Standard Model. They found no significant excess of events over the Standard Model expectation, indicating that no right-handed W bosons and heavy Majorana neutrinos took part in these collisions.