The Extra Low Energy Antiproton ring (ELENA) will further slow antiprotons from the Antiproton Decelerator, to make them easier to trap 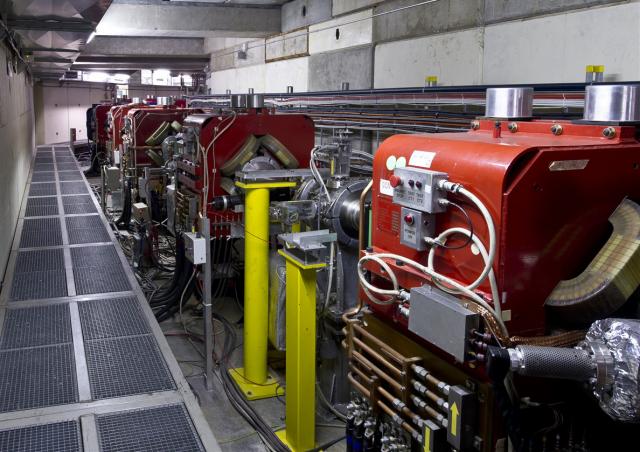 The Antiproton Decelerator (pictured) will get a helping hand from ELENA (Image: CERN)

On 13 June, 10 institutes signed a Memorandum of Understanding for the construction of the Extra Low Energy Antiproton ring (ELENA). The CERN Council approved ELENA last year under the condition that external user institutions would contribute to its construction. The international collaboration is now in place.

The Antiproton Decelerator, (AD) as its name suggests, slows antiprotons so they can be trapped and studied in experiments. ELENA - a magnetic decelerator 30 metres in circumference - will further slow antiprotons from the AD to increase the likelihood they are trapped.

The scientific demand for low-energy antiprotons at the AD is growing, particularly in the field of antihydrogen spectroscopy and measurements of gravitational effects on antimatter. The AD alone can no longer provide the number of antiprotons needed for these studies. ELENA will slow the 5.3 MeV antiprotons from the AD down to energies of just 100 keV, increasing the number of trapped antiprotons by a factor of 10 to 100. The decelerator will allow up to four experiments to operate in parallel, and opens the possibility of extending the AD hall to form a new experimental area.

The technical design study for ELENA should be finished by end 2012. After that, technicians will start putting in orders for machine components. Installation of the machine could start in 2014-15, followed 2 years later by the start of the physics programme.