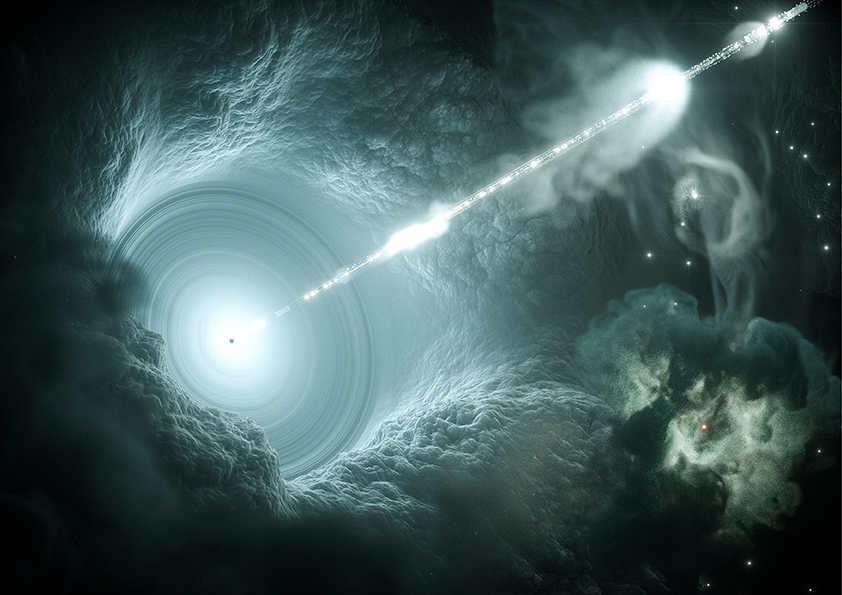 Established in 2019 with its central hub at CERN, the European Consortium for Astroparticle Theory (EuCAPT) aims to bring together the European community of theoretical astroparticle physicists and cosmologists to tackle some of the greatest mysteries in science.

There are strong hints that explanations for dark matter and dark energy, the origin of high-energy cosmic rays, the matter-antimatter asymmetry, and other enigmas about the universe at large lie in the domain of particle physics. Addressing them therefore demands a highly interdisciplinary approach by a strong and diverse community.

"Astroparticle physics is undergoing a phase of profound transformation", says EuCAPT Director Gianfranco Bertone of the Centre for Gravitation and Astroparticle Physics at the University of Amsterdam. "We have recently obtained extraordinary results, such as the discovery of high-energy cosmic neutrinos with IceCube and the direct detection of gravitational waves with LIGO and Virgo, and we have witnessed the birth of multi-messenger astrophysics. Yet we have formidable challenges ahead of us."

The symposium featured 29 invited presentations and 42 lightning talks given by young researchers, covering every aspect of astroparticle physics and cosmology, from early-universe inflationary dynamics to late-universe structure formation. The event also included a plenary session dedicated to the planning of a community-wide white paper, followed by thematic parallel discussions. An award ceremony congratulated Hannah Banks from the University of Cambridge, Francesca Capel from TU Munich and Charles Dalang from the University of Geneva for the best talks by young scientists.

"The symposium has been a successful opportunity for community building and for looking into the future of astroparticle physics and cosmology," said Gian Giudice, the Head of CERN’s Theoretical Physics department. "The emphasis on the future was underlined by our choice of selecting almost all speakers from among young researchers."

EuCAPT is led by an international steering committee comprising 12 theorists from institutes in France, Germany, Italy, the Netherlands, Portugal, Spain, Sweden, Switzerland and the United Kingdom, and from CERN. Its aim is to coordinate scientific and training activities, help researchers attract adequate resources for their projects, and promote a stimulating and open environment in which young scientists can thrive. CERN will act as the central hub of EuCAPT for the first five years.